Flipping pizzas with Julia Roberts in Mystic Pizza, walking the halls of The West Wing, searching for the unknown in X-Files, getting spooked in the Haunting of Hill House, and hanging with Pretty Little Liars — yep, Annabeth Gish has been around the television and film block. Most recently, she’s starring as Jennifer Dulos on Lifetime’s Gone Mom, based on the true story of a Connecticut mother who went missing just two years ago. SheKnows sat down to chat with Gish about why she chose this project and take a little “Would You Rather” trip down memory lane with her, talking about many of the iconic shows and films she’s been a part of.

After presenting Gish with some tough choices, we realized she’s not great at “would-you-rathering” — because she’d rather do anything but choose! We first made her pick between Julia Roberts and Pretty Little Liars. Then presented her with an X-Files level choice: Gillian Anderson vs. David Duchovny. And although she had a hard time picking between singing karaoke with Duchovny or ice skating with Anderson, she revealed that on X-Files, she and Anderson had a scene that involved running in the dark in high heels that was very similar to ice skating.

One thing she would like (and we would, too): A The West Wing spin-off. On the show, Gish played the President’s daughter, Elizabeth Bartlet. (Fun fact: Elisabeth Moss played her sister. Word is she’s now a Handmaid or something). Gish tells us she’s been pitching a West Wing sequel centered around her character becoming the President of the United States. She has our vote. 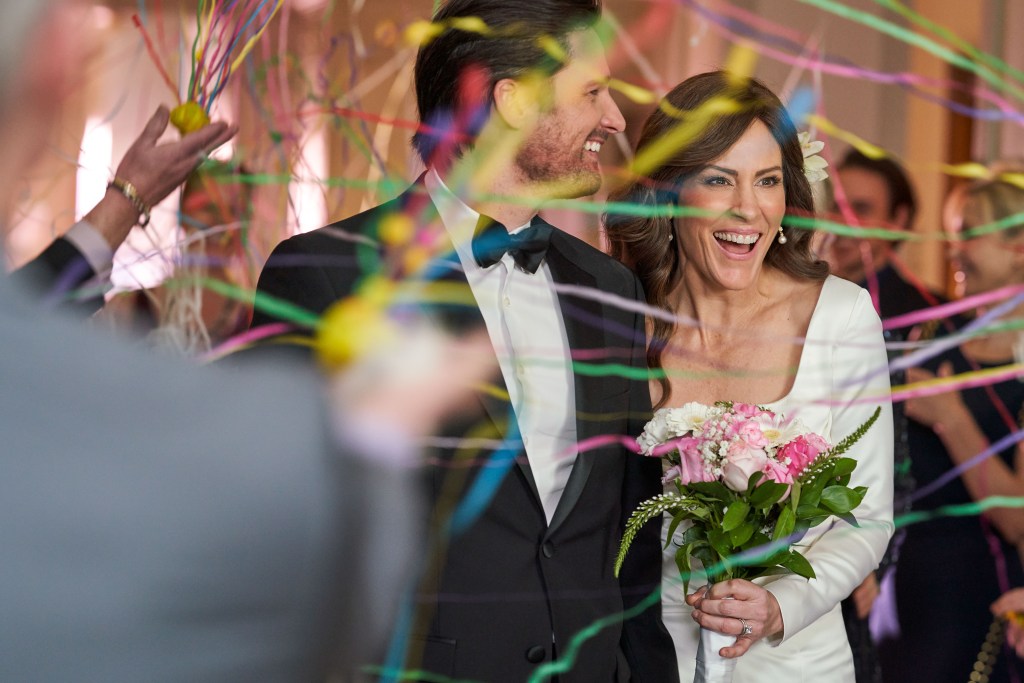 In her latest role as “Jennifer Dulos,” in Gone Mom, loosely inspired by Gone Girl, she explores the story of a wealthy couple who had five children and then went through a contentious divorce. In May 2019, Dulos disappeared. Dulos’s abusive ex-husband, Fotis Dulos, was the prime suspect, but he committed suicide in January 2020. Gone Mom brings attention to domestic violence and an unraveling of a seemingly “perfect” marriage. Gish tells us, “Wealth can’t protect people, privilege can’t protect people, this is a story that reveals domestic violence happens against all social strata. The legacy that Jennifer’s story offers is that advocacy — you have to fight to protect yourself, your children. In any relationship, things can turn.”

Out of this tragedy, a domestic violence bill, called “Jennifer’s Law,” has been proposed in an effort to protect domestic violence victims — inspired by two women in Connecticut, Dulos and Jennifer Magnano, who was murdered by her husband in 2007.

After playing Dulos, and many other strong women, we asked Gish what’s one thing she’d love for everyone to stop saying to women. You’ll have to watch to find out, but suffice it to say, it sounds pretty presidential, so get ready for West Wing’s Bartlet 2024. The future is female, or at least it better be.

‘Evil’ Review: A Wilder, More Stuffed Season 2 Is Still in Touch with Its Devilish Side
Recent Posts