Gisele Bündchen has been enjoying her time in Costa Rica after her fall divorce from NFL star, Tom Brady. However, she doesn’t seem to be very lonely on her tropical adventure — jiu-jitsu instructor Joaquim Valente has been along for the ride.

Rumors about the 42-year-old supermodel and Valente heated up last November when the duo was seen eating at a restaurant with her children, Benjamin, 13, and Vivian, 10. At the time, insiders dismissed the sighting as nothing but a friendly meal between them — he reportedly handles the kids’ athletic program because they are homeschooled and often trains the fashion icon before a big shoot.

It’s harder to ignore the whispers when the latest snapshots show Bündchen and Valente on a two-hour ride through the jungle, according to TMZ. It feels slightly romantic and kind of cozy at first glance, even though they are dressed casually. They also were seen sharing AirPods while out on a jog — and we don’t know about you, but we don’t share anything in-ear devices with just anyone.

Valente and Bündchen met in 2021, when they were joined by his two brothers for a photoshoot in Dust Magazine. These new images could be the first sign that Bündchen has moved on romantically, even though sources aren’t confirming any relationship right now. It might be something to keep an eye on since they don’t seem to be hiding their very comfortable friendship. Perhaps it is a good thing that Brady’s less-than-stellar football season is already over — it’s a been quite a tough year for him.

Before you go, click here to learn more about celebrities who’ve opened up about dating after divorce. 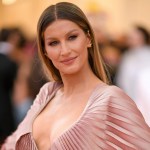