Get to Know Jack Moynahan

On August 22, 2007, Bridget Moynahan gave birth to son John Edward Thomas Moynahan. It was clearly a cause for celebration, although the news of Moynahan’s pregnancy was initially a surprise. Just eight months prior, she and then-boyfriend Tom Brady split. Mere months into their breakup, she announced her pregnancy. And by the end of the summer, the child now affectionately known as “Jack” arrived.

Moynahan and Brady are now both happily remarried, and maintain what’s clearly an amicable co-parenting relationship. And as hard as it is to believe, that all played out 14 years ago. That little boy’s birthday is today! Guess time flies when your mom is one of Hollywood’s leading ladies, your dad is arguably the world’s greatest quarterback, and your stepmom is Gisele Bündchen.

Although most people are at least vaguely familiar with Jack’s early years, ask yourself what you really know about Brady and Moynahan’s only son together. Not much, right? Get to know the athletic young man Jack has grown up to be, from his relationship with his blended family to the sport he’ll probably never play (if his dad has anything to do with it, anyway).

His parents centered him after their break-up 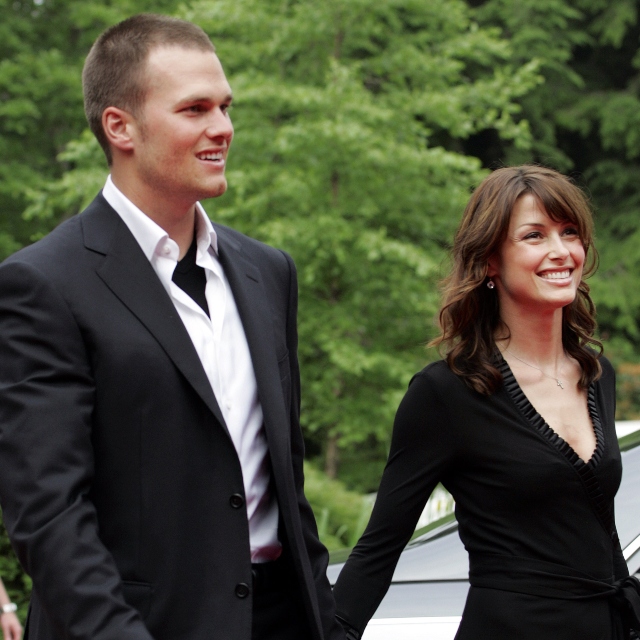 Breakups are messy no matter who you are, and having kids can make the whole thing even more complicated. As Moynahan told People in 2019, though, she and Brady decided they wouldn’t let their split affect Jack’s well-being. “Tom and I made the decision to raise a child together, and we both found partners that not only supported us in raising that child but also loved our child as if he was their own,” she explained, adding, “I don’t think you can ask for more than that. My son is surrounded by love.”

His arrival was a surprise — but also a “blessing”

In her 2018 memoir Lessons, Bündchen described the moment she learned Moynahan was expecting Brady’s baby. She had been dating the NFL’er for two months when he broke it to her. “The very next day, the news was everywhere and I felt my world had been turned upside down. Needless to say, that wasn’t an easy time. But it was a time that brought about so much growth.” Bündchen went on to call Jack her “bonus child,” who made her heart “expand in ways I didn’t know was possible.”

In his early years, Jack definitely seemed to favor mom Moynahan. However, in the last few years, Jack has proven he’s the spitting image of his sports legend dad. Fans especially took notice of this back in April 2020, when Brady shared an Instagram photo of his parents with all of their grandchildren. Front and center, Jack sat at the table looking like a carbon copy of his NFL’er dad.

Brady has some big shoes to fill (both figuratively and literally), but it may not be by Jack. During an appearance on ABC’s Live with Kelly in 2017, Moynahan said of acting and football, “I don’t think he wants to be either. I think right now he wants to be a professional soccer player. Though after the Olympics, he’s like, ‘I think I’m gonna win a gold in swimming.’ Then it was Michael Phelps, so I think he just likes awards.”

But he’s definitely still a lot like his dad

In the cover interview for Men’s Health in September 2020, Brady got candid about the fact that Jack takes after him in more ways than one. “[Jack] wants to try hard, and he never wants to disappoint his dad,” explained Brady.

And he’s definitely a football fan

Just because Jack doesn’t want to lace up his cleats and take the field right this minute doesn’t mean he won’t one day. For now, though, he’s content to act in the capacity as his dad’s unofficial coach. Speaking at a press conference in January 2019, Brady said, “I’ll talk to my son Jack about the game and what he thought of the game, and [he’ll say], ‘Dad, what were you doing on this play?! Why didn’t you just do this?!’”

In 2020, Brady made the monumental choice to sign with a team other than the New England Patriots. It was undoubtedly a huge decision but, according to the New York Post, the decision to choose the Tampa Bay Bucs, rather than one of the other teams he was reportedly considering, was made easier by Jack. Or should we say for Jack? A big of the reason for the choice “had to do with proximity to New York. Jack lives in New York and [Brady] wants to be close to him,” a source told the Post.

Don’t get us wrong; Bündchen and Jack are definitely tight — just don’t expect her to wear the label “stepmom” like a badge of honor. In fact, it’s because they’re so close that she feels the term is too impersonal. “I don’t like the word stepmom,” she revealed in a social media Q&A sesh. “I use the word bonus-mom because I feel like it’s a blessing in my life. I feel so lucky that I got to have an extra, wonderful little angel in my life.”

He has a pretty cool gig before school starts this year

Before heading off to school, Jack is getting in some reps with his dad — sort of. The young teen was spotted spending time with Brady during practice with the Tampa Bay Buccaneers, and the quarterback couldn’t help but gush about his son, who’s been working as the team’s ball boy. “Buccaneers got a new ball boy this week…” Brady wrote on his Instagram Story, adding a series of photos featuring Jack hard at work, which you can see here. “He takes his summer job and every rep very seriously… just like his dad!”

Of course, he’s not actually the team’s official ball boy. “Tom’s son is not actually working for the team. He was a guest at practice and was able to help out with our equipment team, but is not a Buccaneers employee,” a spokesperson for the Bucs clarified for E! News.

Brady thinks Jack could learn a lot from football

While chatting with Howard Stern on his SiriusXM radio show, Brady shared his philosophy on his kids potential playing football in the future. “I would never want for them to be Tom Brady’s son playing football,” he said. “I don’t like that at all. But from a team, camaraderie, discipline, I think there’s something about contact sports that teaches you a lot about discipline, respect, mutual respect for your opponent that you don’t get in non-contact sports.”

As for Jack, well, the Brady’s eldest child really holds a significant place in his heart. “The kid, my son Jack, my heart explodes when I think of him,” the father-of-three said. “He’s the greatest kid you could ever ask for.”

Before you go, click here to see more celeb stepmoms who are close to their “bonus kids.”

Glastonbury boss Michael Eavis 'optimistic' the festival will return in 2022