George Clooney speaks out about his terrifying 2018 motorcycle crash in Italy for the latest issue of GQ, in which he’s dubbed the magazine’s Icon of the Year.

The actor and director collided with a car at over 70 miles per hour on the Italian island of Sardinia while traveling to the set of the Hulu series “Catch-22.” He was riding alongside his friend producer Grant Heslov.

TMZ reported at the time that the star was thrown 20 feet on impact and his helmet shattered the car’s windshield.

The “ER” alum told GQ that the crash tossed him onto his hands and knees and caused him to lose his shoes. At one point, he thought he’d lost all his teeth, “but it was glass from the windshield.”

“And Grant came back, and he was screaming at everybody to get an ambulance, and I remember everybody got out of their cars, they stopped in the middle of the street, and all these people came and stood over me and just pulled out their phones and started taking video,” the actor said.

Heslov added that he was holding Clooney’s head in his lap while people took photos.

“It’s a funny thing. I’m not a cynical guy, and I really tend to look at life and try to find the good in everything,” Clooney said. “But I’ll never forget the moment that what I thought might be my last few moments was for everyone else a piece of entertainment.” 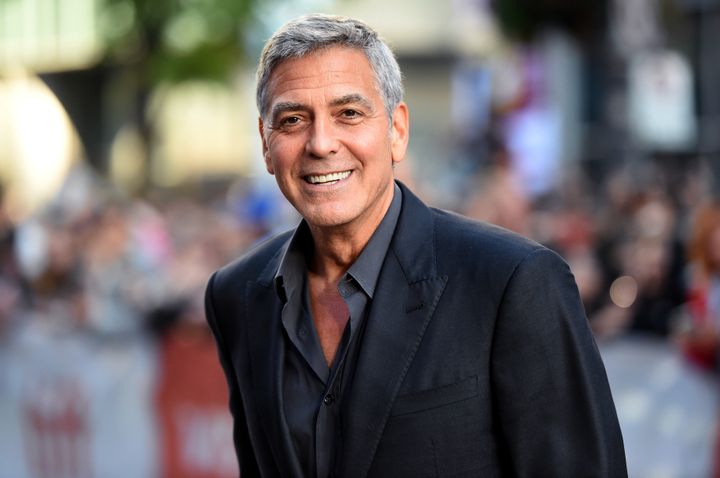 Clooney’s experience sounds sickeningly similar to that of Princess Diana, who was reportedly photographed by paparazzi as she lay dying in the backseat after a car crash in Paris.

When he collided with the car and was launched into the air, the actor said he briefly thought of his two children. “My kids were like a year old, and mostly it was just the thought that this was it and that I wasn’t gonna see them again,” the star told GQ.

After the accident, the director said that his wife, international human rights lawyer Amal Clooney, forbade him from riding a motorcycle again.

As Clooney told The Hollywood Reporter last year, “If you get nine lives, I got all of them used up at once — so I can let go of motorcycle riding for a while.”