Home » Entertainment » Gentefied: Netflix's New Series Takes a Bite Out of Gentrification With Tacos and Laughs Gentefied: Netflix's New Series Takes a Bite Out of Gentrification With Tacos and Laughs 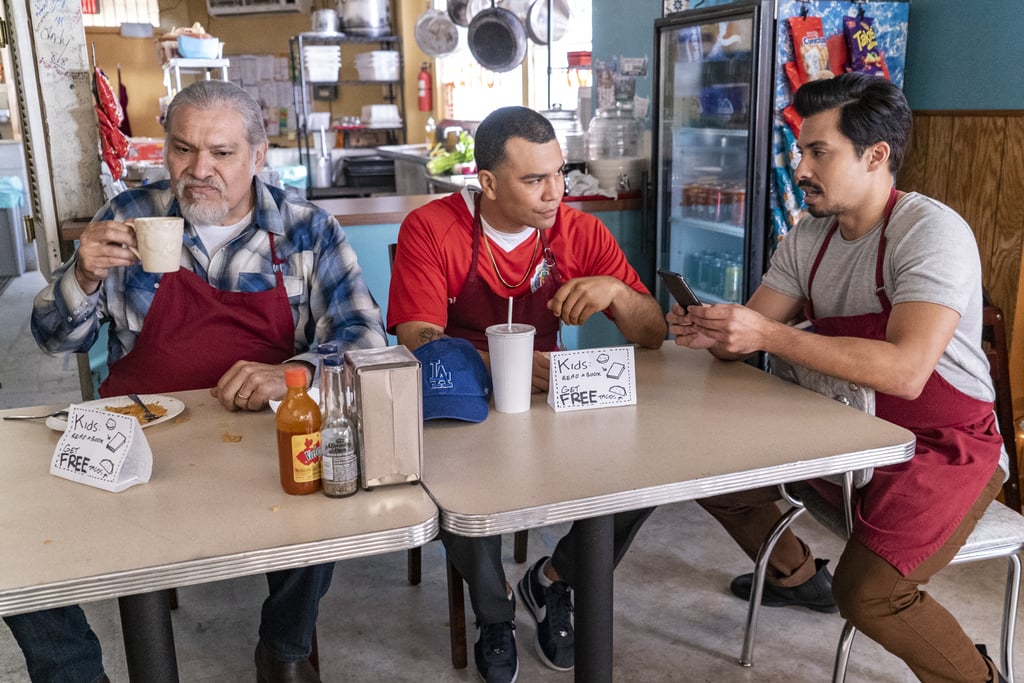 If you’ve ever yearned to know the proper way to pronounce Latinx, Netflix’s newest family comedy is ready to ease your mind. Gentefied, the bilingual series adapted from a 2017 Sundance film of the same name, follows three Mexican-American cousins as they struggle to chase the American dream while working at their family taco shop. But as they pursue their passions, that very dream threatens the things they hold dear: their home in the Los Angeles neighborhood of Boyle Heights, their grandfather, and their beloved shop.

First-generation writers Marvin Lemus and Linda Yvette Chávez helm the half-hour dramedy, which will navigate pressing themes like class, identity, love, and the displacement that disrupts it all. The lively trailer gives just a taste of the Morales family dynamic, but we’re instantly hooked. Each cousin brings a different struggle to the table: the innovative chef trying to make his mark on the restaurant industry while helping his family; the aspiring painter trying to juggle her passion, her daughter, and her girlfriend; and the devoted grandson with some commitment issues. Despite their differences, they have one thing they’re willing to do anything for: their family.

With a stellar cast led by Joaquín Cosío, Karrie Martin, JJ Soria, and Carlos Santo — alongside executive producers America Ferrera and Wilmer Valderrama, who make guest appearances — the series will debut on Netflix on Feb. 21. Watch the hilarious trailer ahead, and check out some photos from the first season!

White House Farm RECAP: What does Julie know about the Bamber family’s murders? – The Sun