Home » Entertainment » Florence Pugh, 27, on why 'people didn't like' relationship with Zach Braff, 47 Florence Pugh, 27, on why 'people didn't like' relationship with Zach Braff, 47 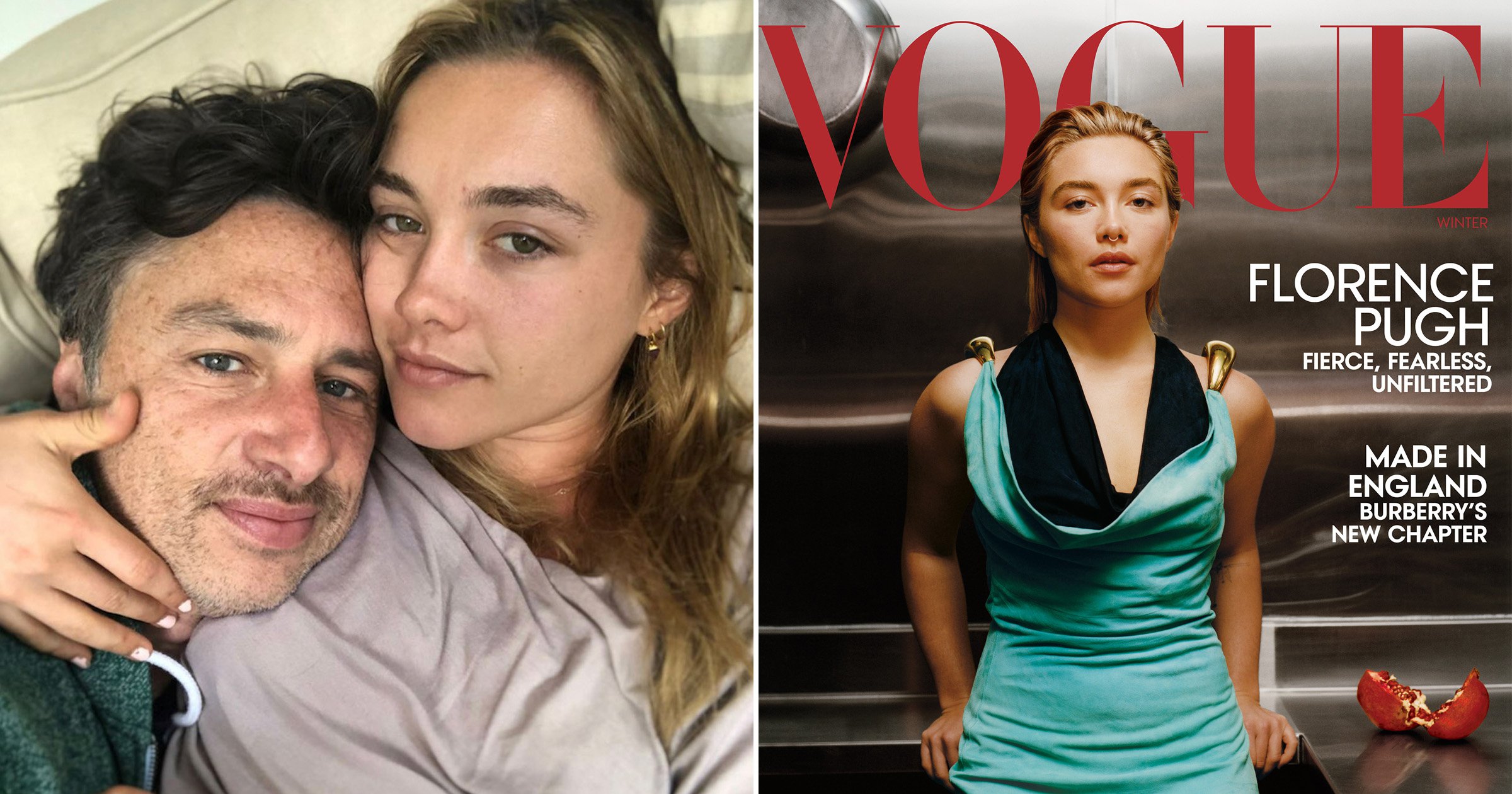 Florence Pugh has addressed the criticism around her former relationship with Zach Braff.

The Midsommar star, 27, was in a relationship with Scrubs actor Zach, 47,  for three years, first getting together in 2019.

Their romance drew criticism due to their 21-year age gap, which Florence has hit back at before, and they split in 2022.

And they did so quietly, as everyone had ‘opinions’ on their relationship, the actress said at the time.

Now the Don’t Worry Darling star has again spoken about her ex, whom she still has a good relationship with, and suggested people held issue with it as they expected her to be with another type of man.

In a new interview with Vogue as she appears on the cover of the Winter issue, she said that the public weren’t fans of her and Zach’s relationships even though they ‘weren’t in anyone’s faces.’

‘It was just that people didn’t like it. They imagined me with someone younger and someone in blockbusters.’

The actress warned that Hollywood relationships ‘are so easily twisted’ because they’ because they appear on ‘gossip sites’ and are ‘exciting to watch,’ but her and Zach ‘didn’t do any of that.’

Zach himself spoke to Vogue in the same interview where he gushed over his ex girlfriend, calling her ‘one of the greatest actors of her generation.’

‘She’s just magnetic,’ he said, adding it was ‘not just her beauty’ and talent but ‘that magic thing that transcends the screen.’

The pair remain on great terms, with Zach recently wishing his ex a happy 27th birthday with a cute post on Instagram and labeling her a ‘legend’.

Little Women star Florence opened up about her and Zach’s split in an interview with Harper’s Bazaar in September, saying they tried to break up ‘without the world knowing, because it’s been a relationship that everybody has an opinion on.’

She explained: ‘ ‘We just felt something like this would really do us the benefit of not having millions of people telling us how happy they are that we’re not together.’

‘So we’ve done that. I automatically get a lumpy throat when I talk about it.’

Florence is set to star in A Good Person, a film written and directed by Zach and co-produced by Florence herself, when it hits screens in March.

She will play a character named Allison who forms an unlikely relationship with her would-be father-in-law years after being involved in a fatal accident.