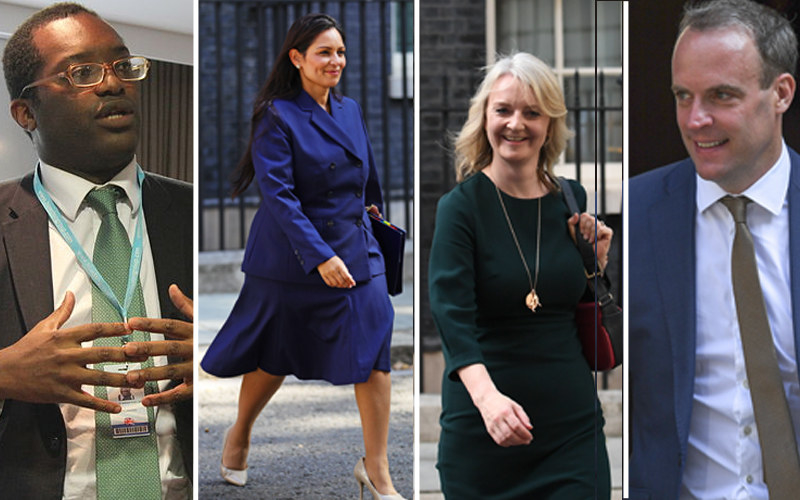 Back in 2012, when David Cameron was still prime minister, a bunch of relatively unknown Conservative backbenchers co-wrote a book.

But fast forward to 2019 — through the Brexit referendum and the three years of political chaos and Tory civil war that has ensued — and Britannia Unchained is now required reading for anyone trying to get their head round Boris Johnson’s new government.

Three of its authors are among the most influential members of his hard Brexiteer cabinet — Patel is the home secretary, Raab is foreign secretary, and Truss is international trade secretary. Kwarteng is a business minister and will attend cabinet, while Skidmore has been made a health minister.

Their appointments have had Westminster pundits rummaging through their bookshelves and desk drawers to dig out a copy. But don’t worry, we’ve read it so you don’t have to.

Here are the key takeaways that reveal most about the thinking of senior members of the Johnson government. 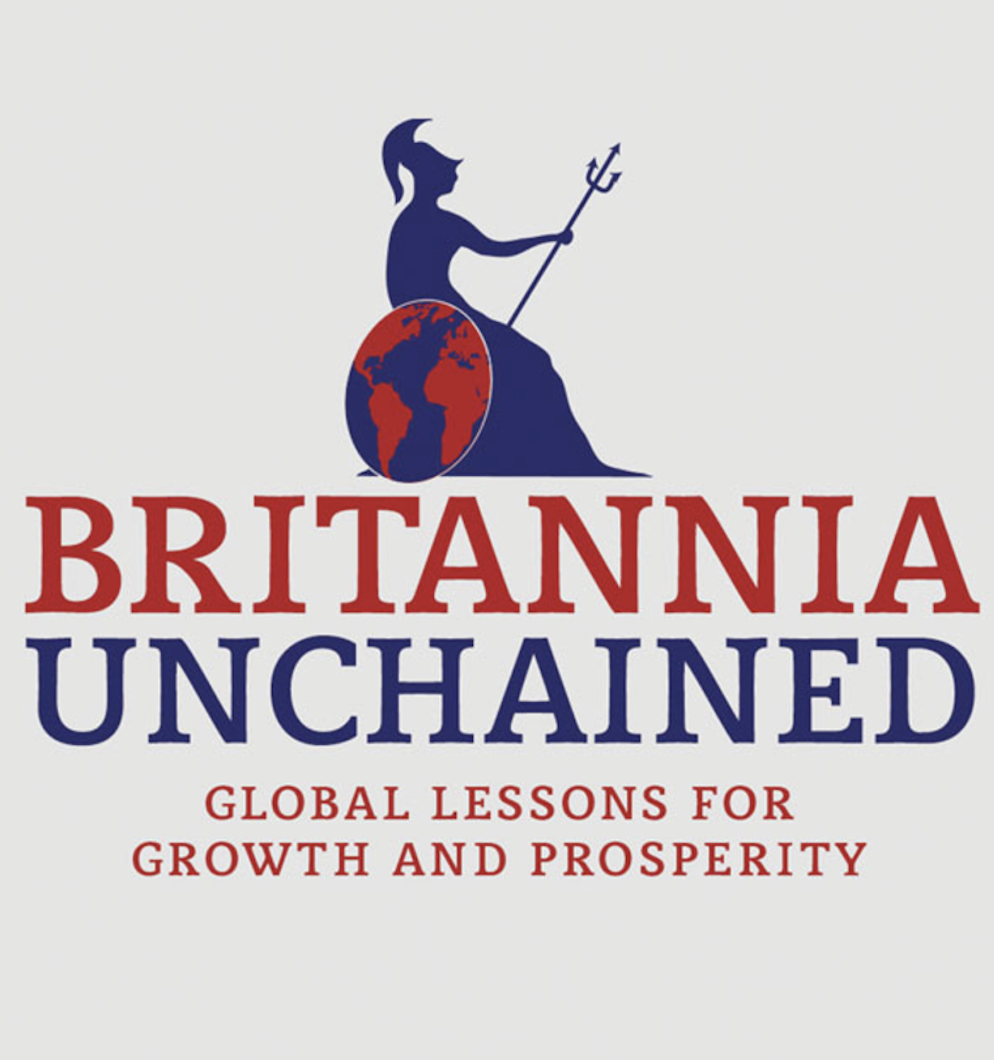 Britain fell behind other countries because everyone got lazy.

“Once they enter the workplace, the British are among the worst idlers in the world. We work among the lowest hours, we retire early and our productivity is poor.”

The post-war generation squandered everything, and left today’s young Britons in a terrible mess.

“Unfortunately, the new generation is often being held [back] by the baby boomer Establishment. Despite their often cynicism (sic) about Britain, the ‘Ben Elton’ generation has done very well out of the postwar years. It is the young that are now paying for the legacy of their parents’ overregulation and overspending. The ladders that allowed their parents to succeed — rigorous education, a liberalised economy, a housing boom — have been pulled away, or moved out of reach.”

That doesn’t include the Eighties, obviously, when Margaret Thatcher was prime minister. Those were the golden years.

“The 1980s, contrary to the beliefs of many on the left, were a successful decade for Britain. They were a time when, after the industrial chaos of the 1970s, business and enterprise began to flourish once more. We want to see this spirit of innovation renewed.”

Foreign kids do well because they study serious subjects and their parents drive them hard. But British parents are soft.

“Instead, attracted by the idea of longer lie-ins for future generations, some in Britain want their children to sit back and enjoy the fruits of their prosperity.”

And because they’re not pushed hard enough, British students take easy subjects when they’re at university.

“But why would a student put themselves through the hard graft when the jobs are open to those who have managed to spend their university days in the pub as well as the library? As a student you would have to be a bit crazy to attempt to do a harder subject and risk missing out on the 2.1.”

That means people get to the top of the British establishment without knowing even the basics of science and maths.

“Few from affluent backgrounds in the UK take science or, God forbid, maths at university. Instead they are more likely to study history, languages and classics… At the top it remains acceptable not to understand science. The spirit of Yes Minister, where everyone in the room can discuss the Greek Aorist but are clueless about chemistry, is still strong in British boardrooms.”

Another reason people in the UK are so lazy: welfare.

“A further factor undermining the British work ethic is the rise of welfare dependency. The postwar welfare state was designed as a safety net to help the poorest and most vulnerable. It has ballooned beyond all recognition, corroding the UK work ethic.”

Tax is also a big factor.

“So, fewer Britons are working fewer hours, with major economic and social implications. But what is driving this trend? Two causes stand out: high tax rates and a poorly designed welfare system. For those without a job, generous benefits make it harder to motivate themselves to find a job. By contrast, those in work are put off from working any longer than they have to by the excess size of their tax bill.”

Celebrities are also to blame.

“If indifferent parenting and mediocre schooling have contributed to an erosion of the British work ethic, some argue it has been further exacerbated by an increasingly pervasive celebrity culture. Instead of celebrating the connection between hard work and success, we instead fixate on ‘undiscovered talent’ in the arts, or a single ‘eureka’ moment in business.”

So now the country is drowning in debt.

“Debt is never just about debt. It is a symptom of the irresponsibility that runs underneath, an attempt to enjoy more than one is prepared to pay for. Through history, governments and investors have found themselves in trouble when they have let their optimism run ahead of their caution. States have lost the faith of the markets when they have lost the ability to ability (sic) to tell their populations that they can’t have everything now.”

But there’s good news! The UK can turn it around if it adopts a more unashamedly pro-business mindset and empowers “wealth creators”.

“We have to ensure that the general climate for business is attractive. This means that we should stop indulging in irrelevant debates about sharing the pie between manufacturing and services, the north and the south, women and men. Instead, we should focus on trying to make it easier for firms to recruit people and ensuring the tax burden is less onerous.”

It should slash regulations and public spending like Canada did.

“It takes boldness to turn a country around. Canada did not get it right with its attempt at fiscal austerity… Eventually, however, it learned that to make a real difference it would have to cut spending early and sharply. Every department would have to share in the burden. The Government had to rethink what it did, rather than try to ’salami slice’ each individual budget.”

And take a more forgiving attitude to corporate failure like people do in the US.

“This refusal to stigmatise failure is a core American principle, and has much to be admired. In the UK it would more often than not be replaced by bitterness, recrimination, and dark mutterings about the nature of capitalism.”

“… The Israeli miracle shows what can be achieved when the right to take risks is set free. By contrast, Britain is becoming an increasingly risk-averse society. This is most visible in the growth of what might be termed the health and safety industry, but its pernicious effects intrude into all sorts of corners of our national life.”

And students should aspire to be engineers and scientists like kids do in India and China.

“These jobs are inherently meritocratic, compared with fields like media or journalism which rely on contacts.”

And there should be a lot less tax and regulation like Dubai.

“It offers the best tax incentives in the world. It also offers the facilities for companies to set up there. Incentives such as freedom from corporate and personal taxes are available for businesses in the short term and can be renewed if necessary. Regulation is kept to a minimum.”

And everyone in Britain should think more like taxi drivers do.

“The [taxi drivers’] sharpest criticism is reserved for the lazy, feckless, benefits cheats, ’talentless’ celebrities and those who live beyond their means on credit. Don’t get them started on public sector pensions.

“The cabbies’ motivation is straightforward: ‘Work hard, play hard…’ But the code of the cabbie is not just about making money. A professional and patriotic sense of pride motivates the drivers.”

More than anything, though, everyone just needs to work a lot harder.

“If we are to take advantage of these opportunities, we must get on the side of the responsible, the hard working and the brave. We must stop bailing out the reckless, avoiding all risk, and rewarding laziness.”

Alex Spence is a senior political correspondent for BuzzFeed News and is based in London.