Home » Entertainment » Every TV Show That’s Been Canceled in 2019 Every TV Show That’s Been Canceled in 2019

Television has never been bigger than it is at this very moment. With so many new shows coming at us across every platform, there just isn’t room for them all to stick around forever. It’s survival of the fittest, and not every show can hang on. So, which TV shows have been canceled in 2019 so far? Sadly, we are poised to lose some of our favorites — and it’s only spring.

The most recent slew of shows to get canceled are Murphy Brown, Splitting Up Together and I Feel Bad. Before this week’s massacre, the last cancellation to make major headlines was the Supernatural on The CW. Okay, so this technically wasn’t a cancelation, but Variety did confirm that Supernatural would end after its 15th season, which will premiere later in 2019. In a video posted to his Instagram in the wake of the news, Supernatural star Jensen Ackles appeared with costars Jared Padalecki and Misha Collins to share the news with the fans, saying, “We just told the crew that even though we’re very excited to be moving into our 15th season, it will be our last. 15 years of a show that has certainly changed my life, I know it’s changed these two guys’ lives, and we just wanted you to hear from us that though we’re excited about next year, it will be the finale.” 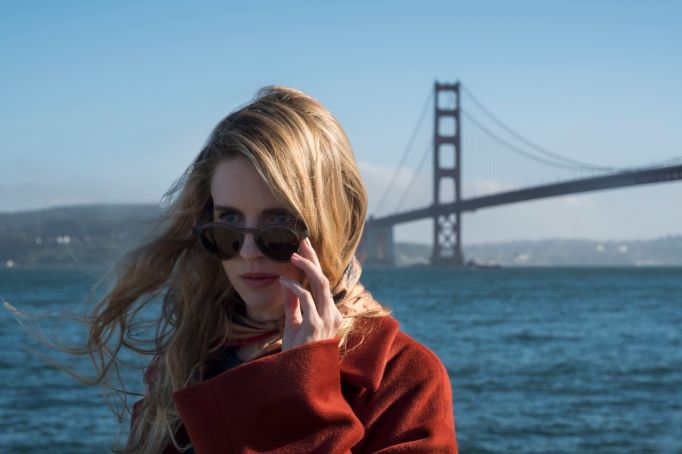 The OA was cancelled by Netflix after two seasoms, The Hollywood Reporter confirmed. The mystery drama, starring Brit Marling and created by Zal Batmanglij, was cancelled only four months after its second season premiered on Netflix. ”

We are incredibly proud of the 16 mesmerizing chapters of The OA, and are grateful to Brit and Zal for sharing their audacious vision and for realizing it through their incredible artistry,” Netflix head of originals Cindy Holland told THR in a statement. “We look forward to working with them again in the future, in this and perhaps many other dimensions.” 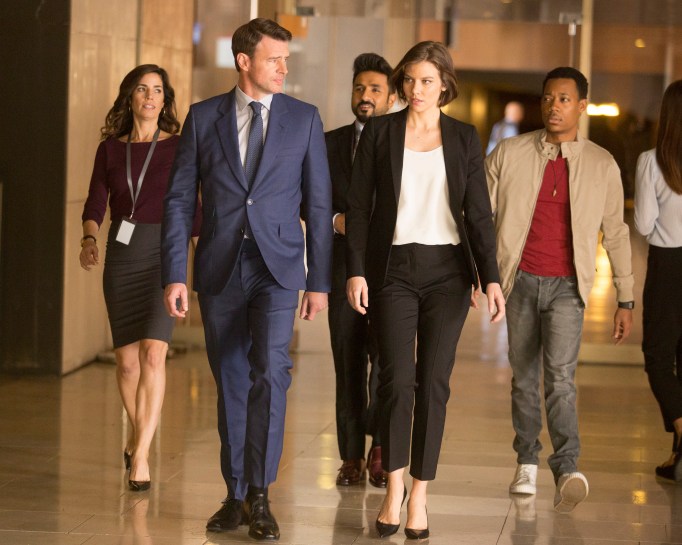 There were not enough spy gadgets to keep this thriller from getting the axe by ABC. 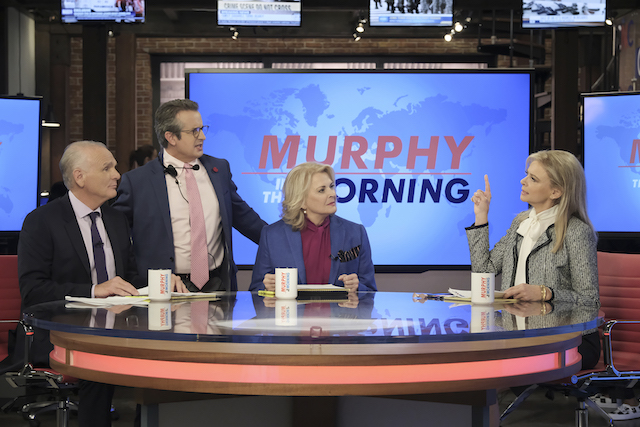 CBS decided to pass on a second season of the long-awaited reboot of Murphy Brown. 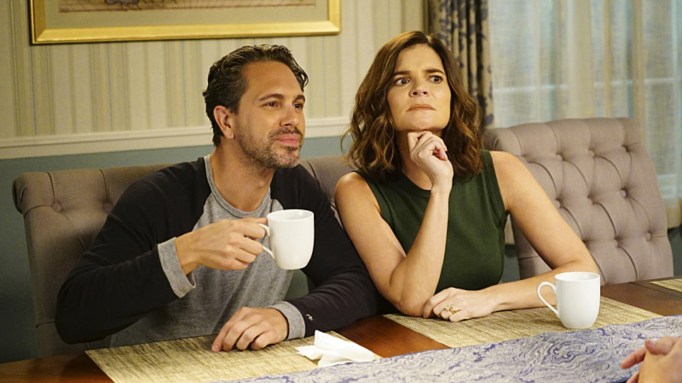 Life In Pieces had a good run during its four seasons, but will not be retuning for a fifth this fall.

‘The Kids Are Alright’ 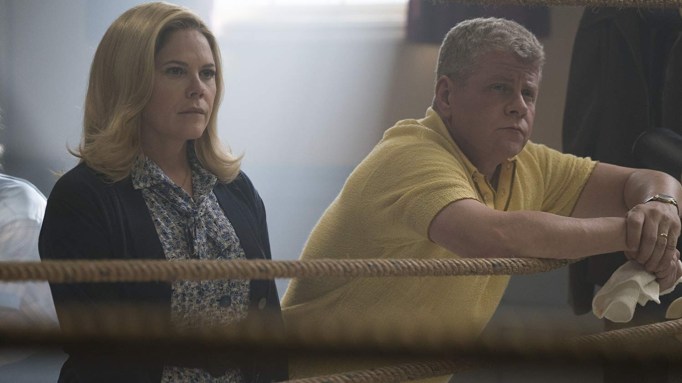 ABC decided to pass on this hilarious show about parenting in the 70s. 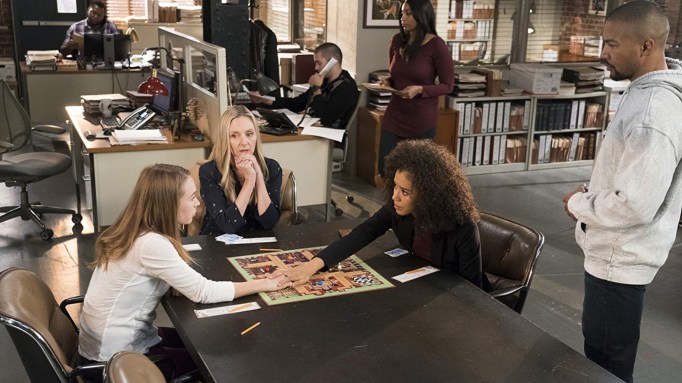 After two seasons, Shonda Rhimes’ tense legal drama, For The People, was canceled by ABC. 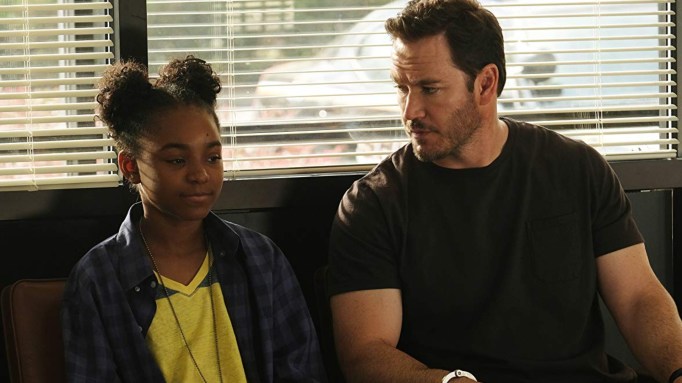 The series about a dystopian future starring Mark-Paul Gossler and Saniyya Sidney got the boot from Fox. 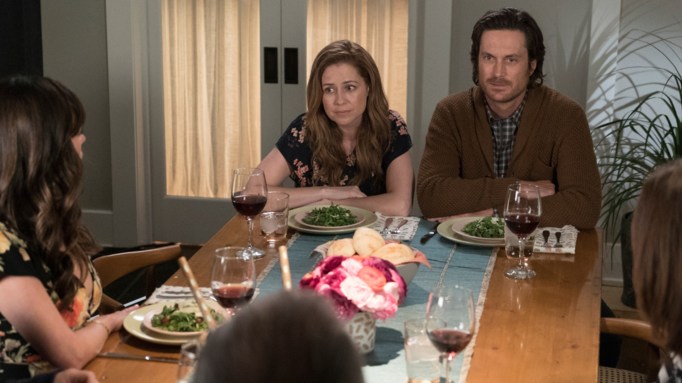 This Oliver Hudson and Jenna Fischer starrer will not be returning for a third season. Which is unfortuante, we were just getting into the swing of things with Martin and Lena. 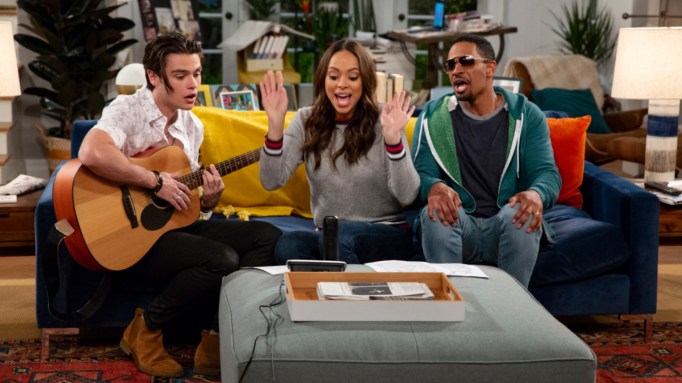 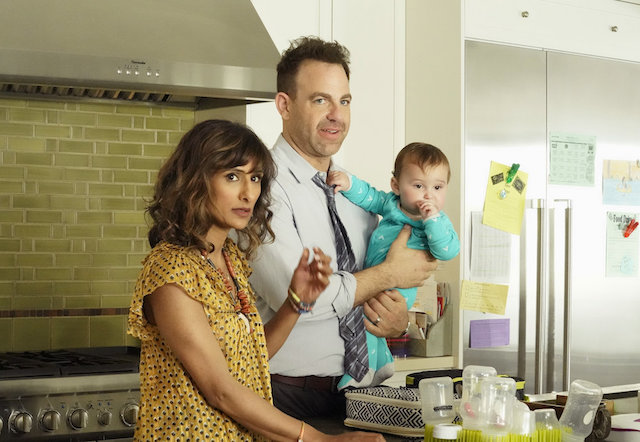 We feel bad that this quite funny show about motherhood was not picked up for a seond season. 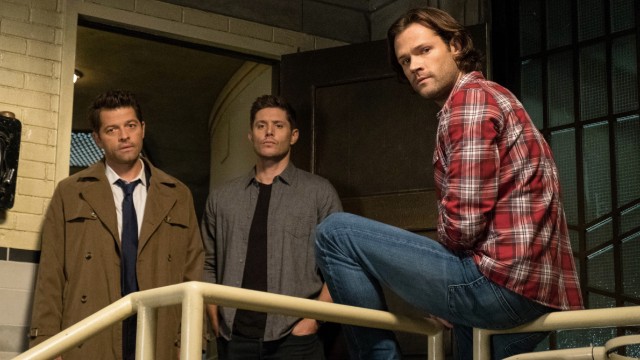 In March, Variety confirmed that the long-running television series Supernatural would end after its 15th season. In a video posted to Instagram, series star Jensen Ackles confirmed the end of the show’s run with the following statement: “We just told the crew that even though we’re very excited to be moving into our 15th season, it will be our last. 15 years of a show that has certainly changed my life, I know it’s changed these two guys’ lives, and we just wanted you to hear from us that though we’re excited about next year, it will be the finale.” 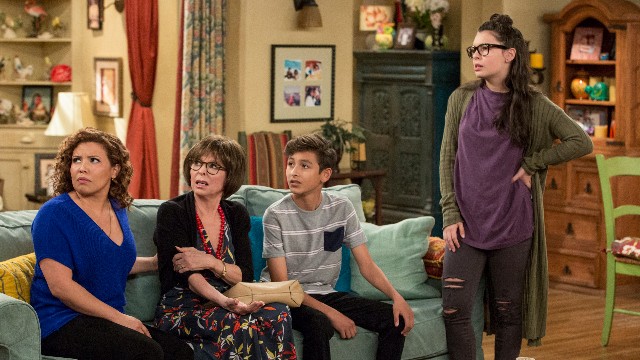 In March 2019, Netflix confirmed that they had canceled One Day at a Time after three seasons, despite fans and showrunners working to get the series renewed. Rebooted from the Norman Lear 1970s sitcom of the same name, the series followed three generations of the Cuban-American Alvarez family.

Of the show’s cancelation, Netflix tweeted to fans: “We’ve made the very difficult decision not to renew One Day At A Time for a fourth season. The choice did not come easily — we spent several weeks trying to find a way to make another season work but in the end simply not enough people watched to justify another season.” 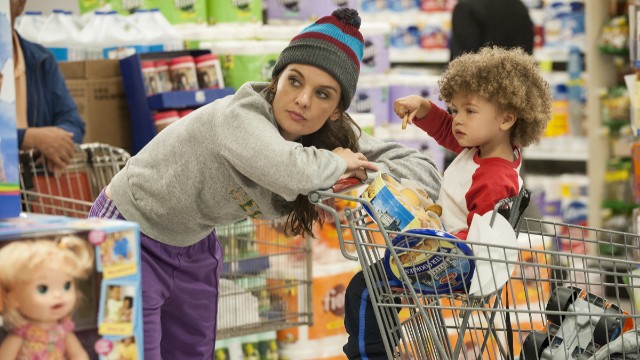 Variety reported in March the despite a very successful two seasons on Showtime, dramedy SMILF had been canceled. Series producer ABC Studios reportedly opened an investigation into the on-set behavior of series star and creator Frankie Shaw after one of the show’s actors, Samara Weaving, raised concerns to cast member Rosie O’Donnell about having to perform sex scenes in the nude despite making it clear she did not want to. In addition to the show’s cancelation, Shaw’s production deal with ABC Studios is also suspended until the investigation is finished. 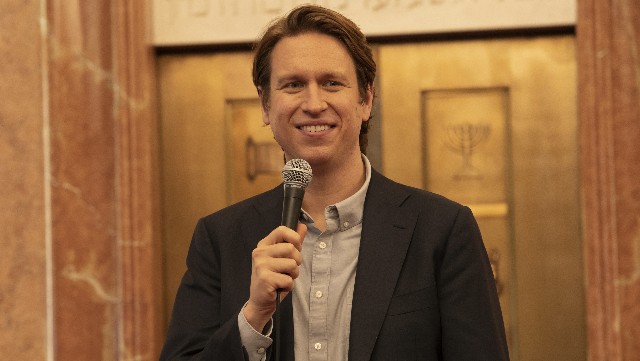 HBO chose to cancel Crashing after three seasons, Variety reported in early March. The series was loosely based on comedian Pete Holmes life with Holmes playing a version of himself as a comedian trying to find his footing in the comedy world and get noticed. 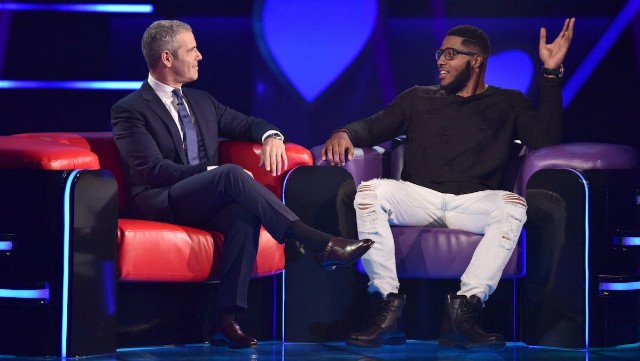 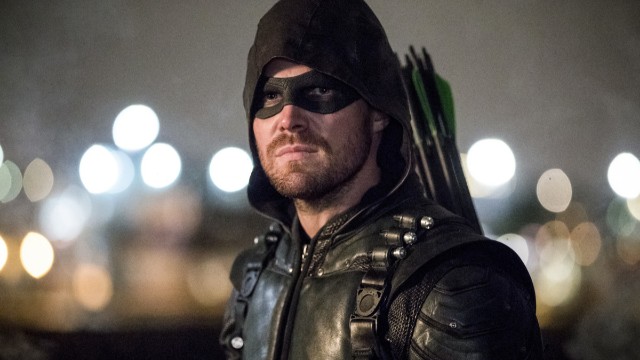 Variety reported the CW superhero series Arrow would be ending with season eight, which will be on the air through spring 2019. The series, which stars Stephen Amell, follows socialite Oliver Queen as he transforms into masked vigilante Arrow and helps clean up crime on the streets of Starling City.

Of its cancellation, series executive producers Greg Berlanti, Marc Guggenheim and Beth Schwartz said in a statement: “This was a difficult decision to come to, but like every hard decision we’ve made for the past seven years, it was with the best interests of Arrow in mind. We’re heartened by the fact that Arrow has birthed an entire universe of shows that will continue on for many years to come. We’re excited about crafting a conclusion that honors the show, its characters and its legacy and are grateful to all the writers, producers, actors, and — more importantly — the incredible crew that has sustained us and the show for over seven years.” 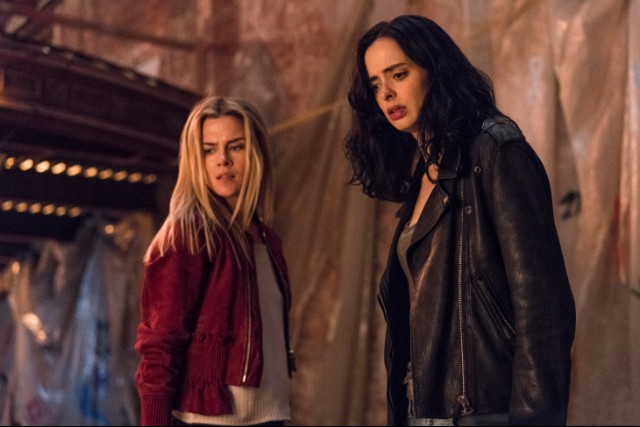 As reported by Deadline, Netflix canceled Marvel’s Jessica Jones after three seasons in February. The show’s cancelation is the latest casualty is the slow and steady cancelation of all Marvel TV shows made for Netflix, following in the footsteps of previously canceled shows like Daredevil, Luke Cage, Iron Fist and The Punisher.

In a statement to Deadline, Netflix commented that “in reviewing our Marvel programming, we have decided that the upcoming third season will also be the final season for Marvel’s Jessica Jones. We are grateful to showrunner Melissa Rosenberg, star Krysten Ritter and the entire cast and crew, for three incredible seasons of this groundbreaking series, which was recognized by the Peabody Awards among many others.” 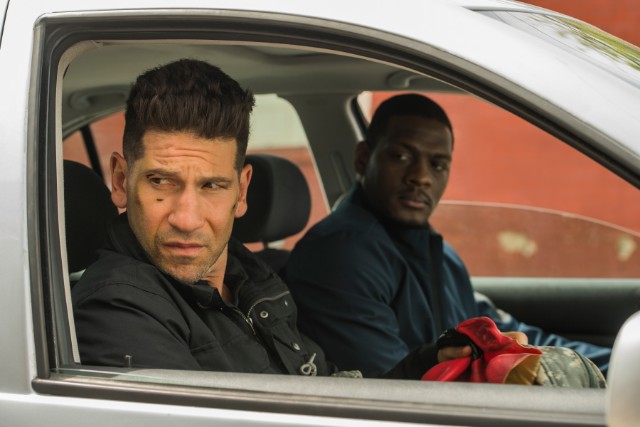 In February, we learned that Netflix had canceled The Punisher after two seasons on the streaming platform. It follows in the footsteps fellow Marvel series Luke Cage, Iron Fist, Daredevil and The Defenders that Netflix has canceled in recent months, per Deadline.

In an official statement, Netflix said, “Marvel’s The Punisher will not return for a third season on Netflix. Showrunner Steve Lightfoot, the terrific crew, and exceptional cast including star Jon Bernthal, delivered an acclaimed and compelling series for fans, and we are proud to showcase their work on Netflix for years to come.” 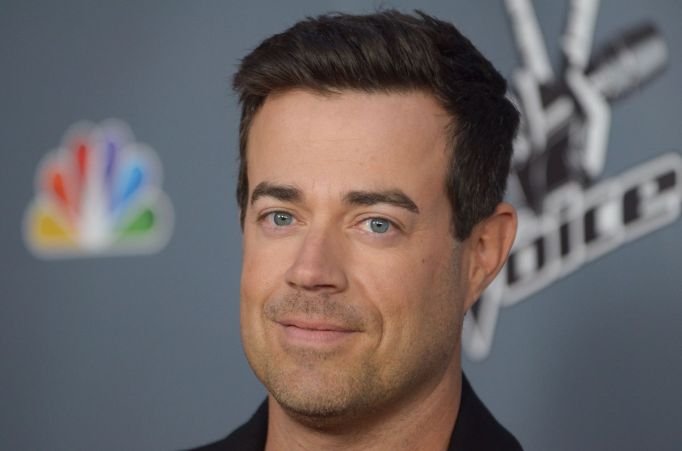 After an impressive 17 years on air, NBC’s late-night staple Last Call with Carson Daly is nearing an end. Daly currently appears on both The Voice and Today and will devote more time those programs as well as his family.

“I’m forever grateful and proud to all who have worked with us at Last Call over the years. So many have gone on to achieve incredible success… I could have all the jobs in the world, but none of them are more important to me than that of Dad. My family will always remain my top priority and greatest gig,” he said in a statement, per TVLine. 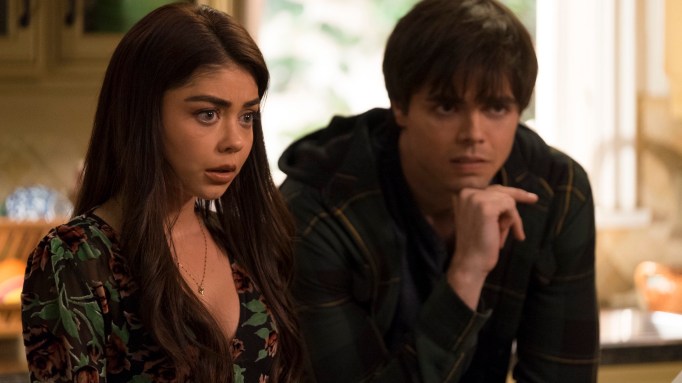 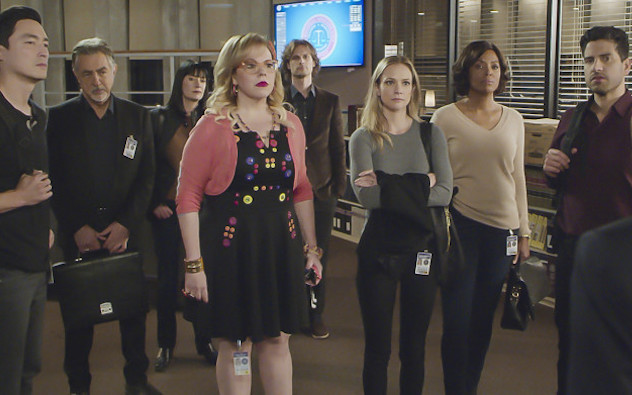 After 15 seasons, CBS has confirmed that Criminal Minds is coming to an end. The hit drama, which premiered in Sept. 2005, has 10 episodes remaining, which will air in late 2019/early 2020. 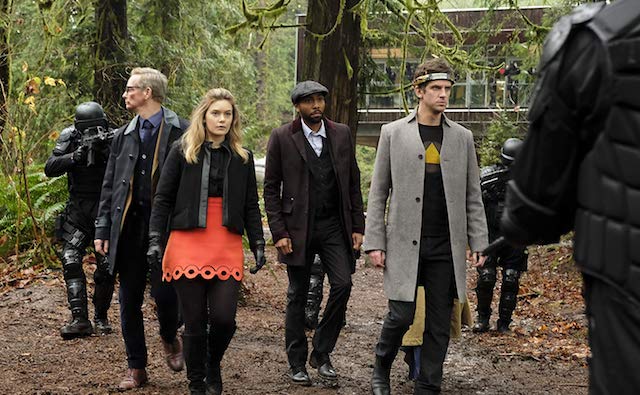 On Feb. 4, FX announced the comic book drama Legion would only be returning for one more season. “Noah Hawley had always considered Legion to be a three-season show,” FX CEO John Landgraf told reporters, “and he has confirmed that he’s going to stick with his plan.” 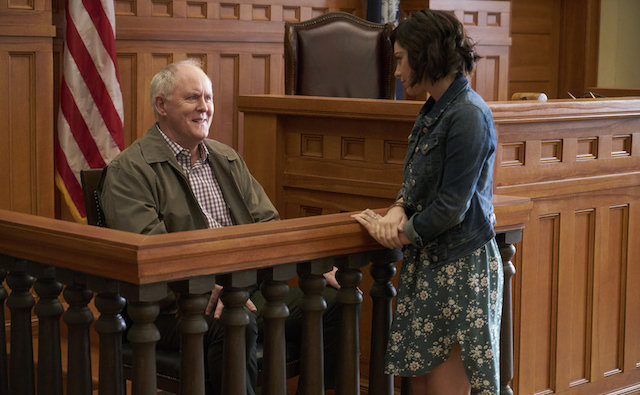 Despite numerous attempts by Warner Bros. to find Trial & Error a new home, it appears the comedy series is no more. However, according to Hollywood Reporter, the studio remains open to continuing the series should an opportunity arise. 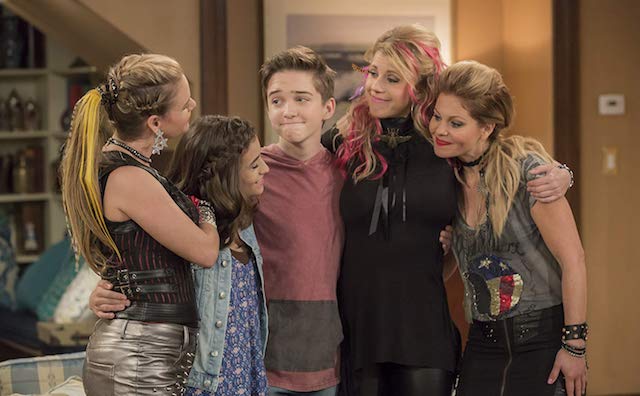 It seems it’s time to say goodbye to San Fransicso: on Jan. 31, Netflix confirmed Fuller House would be ending after its fifth season. The final episodes are expected to hit the streaming service later this year. 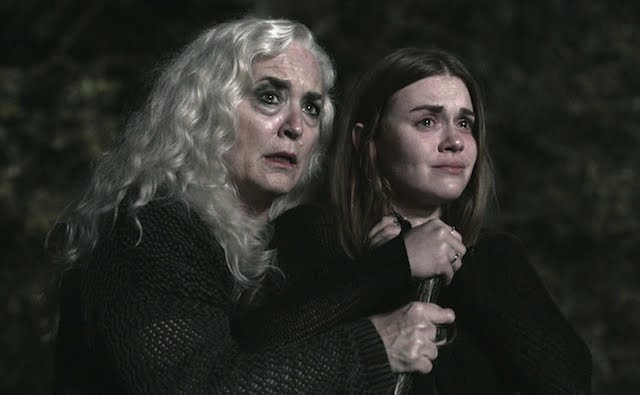 Syfy horror anthology series Channel Zero will not see a fifth season. It was confirmed in January that the show will end. Showrunner Nick Antosca took to Instagram to share his thoughts on the news and express his gratitude.

“I’m deeply grateful for this experience. Especially to everybody who watched and talked about and wrote about the show. There are stories we didn’t get to tell and creatures you didn’t get to see, but still might,” he wrote.