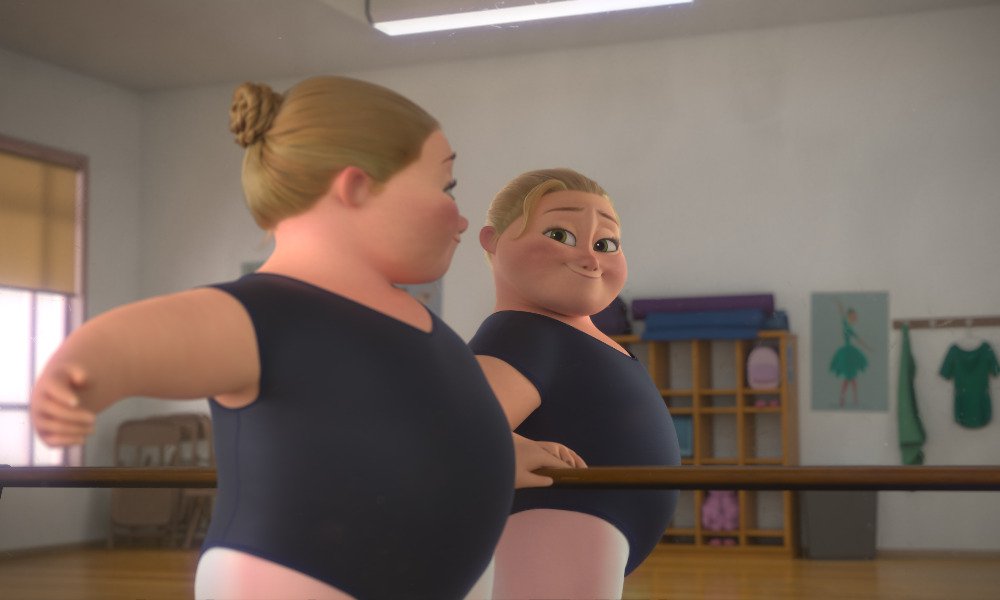 Disney has quietly debuted what is understood to be its first plus-size heroine in a new short available to watch on Disney Plus now.

Reflect, which is part of season two of Short Circuit, a series of experimental short films from Walt Disney Animation Studios, follows Bianca, a young ballet dancer struggling with her confidence and body dysmorphia.

As her teacher inspects her position at the barre, reminding her ‘Tight tummy! Long neck!’, the mirror shatters around Bianca as she struggles with her broken body image.

According to the NHS, body dysmorphic disorder is a mental health condition where a person spends a lot of time worrying about flaws in their appearance, which are often unnoticeable to others.

The ground-breaking short then shows her overcoming her doubt and fear by channelling her inner strength and continuing with her ballet class.

Directed by Hillary Bradfield, a Disney Animation artist who has worked on the likes of Frozen 2 and Encanto, which offered the first Disney princess with glasses, the empowering short dropped on the studio’s streaming platform on September 14.

As news of Reflect started spreading on social media, helped in part by a viral TikTok video, fans rushed to share their excitement over the latest release.

‘This plus size Disney ballet dancer will mean so much to so many people,’ commented one TikTok user, while one fan on Twitter said it had them ‘sobbing’.

‘I saw this Disney short called Reflect and it emotionally tore me up,’ confessed another. ‘It’s about a little plus size girl doing ballet and the mirrors start to swallow her up because of her body insecurity but she destroys them by dancing anyway.’

Reflect is available to stream on Disney Plus now.