Black magic, zombies, dolls pricked by pins: These might be what most outsiders associate with the Haitian spiritual practice of vodou, especially when it’s misspelled “voodoo.” But DanceAfrica, the Brooklyn Academy of Music’s festival of African dance, wants to show a different side.

“The movies always make vodou out to be some kind of demonic devil worship,” said Abdel R. Salaam, the festival’s artistic director. “But every exposure I’ve had has been one of light and empowerment through rhythm. It’s an acknowledgment of the divine forces of nature.”

Vodou developed among Afro-Haitians as a blending of religions from West Africa with an overlay of Catholicism. Often suppressed, it was (and is) nevertheless ubiquitous on the island and spread to Haitian communities in the United States. Its rituals have been mischaracterized and misunderstood, but one way to think of them is as danced communication and communion with ancestors and spirits. 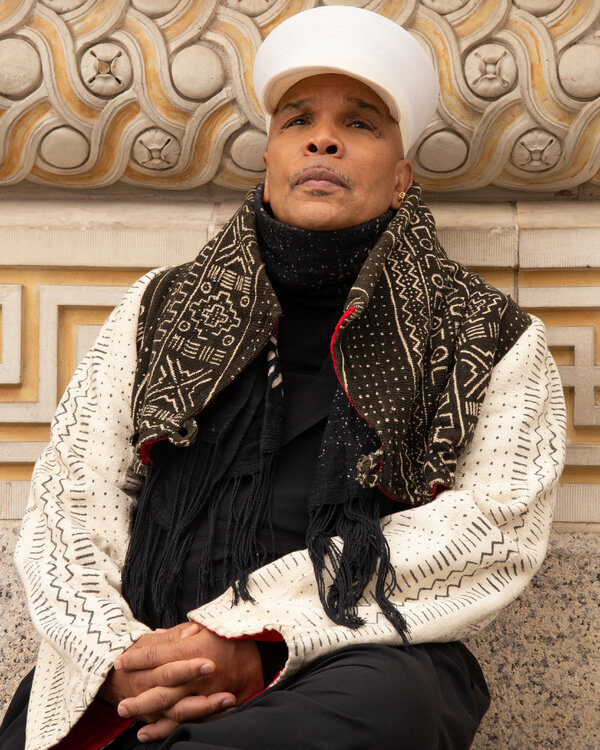 Salaam has focused this year’s DanceAfrica, the 44th, on Haiti, in hope of revealing that aspect of vodou. The pandemic also affected his decision. Unable to travel to Africa, as he normally would on scouting missions, Salaam chose to turn his attention to African traditions closer to home.

The festival this year is virtual, which is a special loss for an event that is usually as much a community gathering as it is a show — distinguished by call-and-response exchanges between performers and audiences that are nearly as lively as the food-and-fashion bazaar outside the theater.

But Salaam is trying to find the advantages. Streaming on Saturday night is a DanceAfrica first: an hourlong film, shot by the sea in Haiti and on a Bay Area beach, as well as at industrial sites and a cemetery in Brooklyn. “People ask, ‘What’s the difference between in-person DanceAfrica and virtual?” Salaam said. “And I say, ‘Close-ups!’”

Film, though, allows for more than striking locations, camera work and close-ups. It expands the geographical range of participants. Every DanceAfrica program is blessed by a council of elders, but in this film members scattered across the country join in. And in addition to DanceAfrica’s home troupes, four other companies contribute, from Haiti and Oakland and Brooklyn, each inspired by a vodou spirit, or lwa.

As the film, “Ancestral Voices: They Speak … We Dance!,” moves among spirits and places, a figure in white connects the sections. It becomes about the diasporic spread of Haitian culture, about lineage and traditions that are alive and changing.

For Dieufel Lamisere, the director of HaitiDansCo in Cap-Haïtien, Haiti, the connection to his chosen lwa is personal. In 2000, he and 46 other Haitians traveled to the United States in a small boat. He credits Agwe, the spirit of the sea, with his survival. His section is a wave-kissed offering, the kind performed by fishermen and sailors looking for protection.

After eight years in New York, Lamisere was deported back to Haiti, where he started a dance school and an organization called Dance to Save Lives, which provides free training. All the current members of his company came through that program. During the pandemic, they’ve been living in Lamisere’s home, working on dances they post on YouTube.

“I want to show the world what my country is, not only what they show on TV,” Lamisere said on the phone from Cap-Haïtien. “Vodou is togetherness. Vodou is something clean, but people don’t take the time to learn.”

Portsha T. Jefferson, the director of the Oakland troupe Rara Tou Limen, has been taking the time for many years. Although her great-grandmother was Haitian, Jefferson didn’t grow up with much connection to the country. That was something she discovered through dance, which opened the door to her spirituality. “Vodou is a healing tradition,” she said. “It is an honorable tradition and it should be respected.”

In 2019, Jefferson traveled to Benin in search of vodou’s roots. “It was so beautiful to see how those traditions are still intact,” she said. She recorded ceremonies and interviews on her phone — but she then lost it. That meant that like the enslaved people who brought African traditions to Haiti, she had to remember what she had learned.

Those memories inform her section of the film, shot at Black Sands Beach in Marin County — a site, she said, that reminds her of Benin. She honors two spirits — not just Agwe but also Agbe, its counterpart in Benin. The ceremony connects the water spirits, recapturing journeys across oceans.

But the film isn’t only about honoring the traditions of the past. All the choreographers, Salaam said, “strike a balance between exploration of tradition and experimentation.”

“They understand that culture isn’t stagnant,” he added. “It’s growing and evolving.”

Adia Tamar Whitaker, the director of Áse Dance Theater Collective in Brooklyn, invokes the Guede, lewd, mischievous, sunglass-wearing guardians of the crossroads between life and death. Her section, shot at the Brooklyn grave of the artist Jean-Michel Basquiat, whose father was Haitian, depicts a funeral of a man with secrets: lovers and children not aware of one another. It’s comic.

“At a time when so many of us are grieving, I wanted to make people laugh,” Whitaker said. “I didn’t change the traditional movement, but I created my own folklore around it from my own experiences of funerals.”

In the section by Fritzlyn Hector, the director of the Fritzation Experience, the rhythms are traditional, but some of the steps come from hip-hop. “My parents are Haitian,” she said, adding that she was raised in Haitian dance culture — her teacher, Marie Edith Jean, was a disciple of the esteemed Jean-León Destiné. “But I’m a girl from Brooklyn, too, and I was also raised in hip-hop. I pull from all those experiences.”

Her choreography, set in the junkyards and warehouses of Red Hook, is dedicated to Ogun, a warrior spirit, a spirit of iron. The dancers wear red and wield machetes. “I call it ‘Steel Standing’ because we’re still standing,” Hector said. “Haitians to me represent perseverance and resilience. I take a lot of pride in that.”

Another part of Hector’s lineage is Salaam, whose company, Forces of Nature, she joined when she was 15. When he decided to focus on Haiti, he asked Hector, whom he calls his “dance daughter,” for suggestions of other choreographers. And the ones she suggested are also connected. Lamisere is a teacher of Jefferson, who danced and shared roles with Whitaker in the San Francisco-based Haitian troupe of Blanche Brown.

Jefferson and Whitaker are close friends. They also share a drummer, Guy de Chalus, who flew across the country twice to play and appear in both of their sections. “Having the right drummer is exceptionally important,” Whitaker said. “Especially because Portsha and I aren’t Haitian, we have got to be on point, so that Haitians don’t ask, ‘Why do they have these American Negros doing our stuff?’”

Whitaker said she has been thinking a lot about ancestors this past year, especially after a member of her company died. “When we got in that cemetery to dance,” she added, “we were dancing with our friend. We were overjoyed to be dancing together, because we need that medicine. This isn’t hippies dancing to drums. This is keeping us alive. This is how our ancestors survived.”

To Whitaker, this year’s DanceAfrica is special “because we made it happen,” she said. “None of us have been in class, but we stepped out and danced for ourselves and our ancestors.”

Does she think that DanceAfrica can change attitudes about vodou? “Considering how our minds have been colonized, I don’t think one show can do that,” she said. “But I do think it can open something in people. Many of us have been doing this for a long time, but it’s a great beginning.”

The Morning Watch: 'Rugrats' Opening Credits Get a Makeover, The Enemies of 'Godzilla' & More