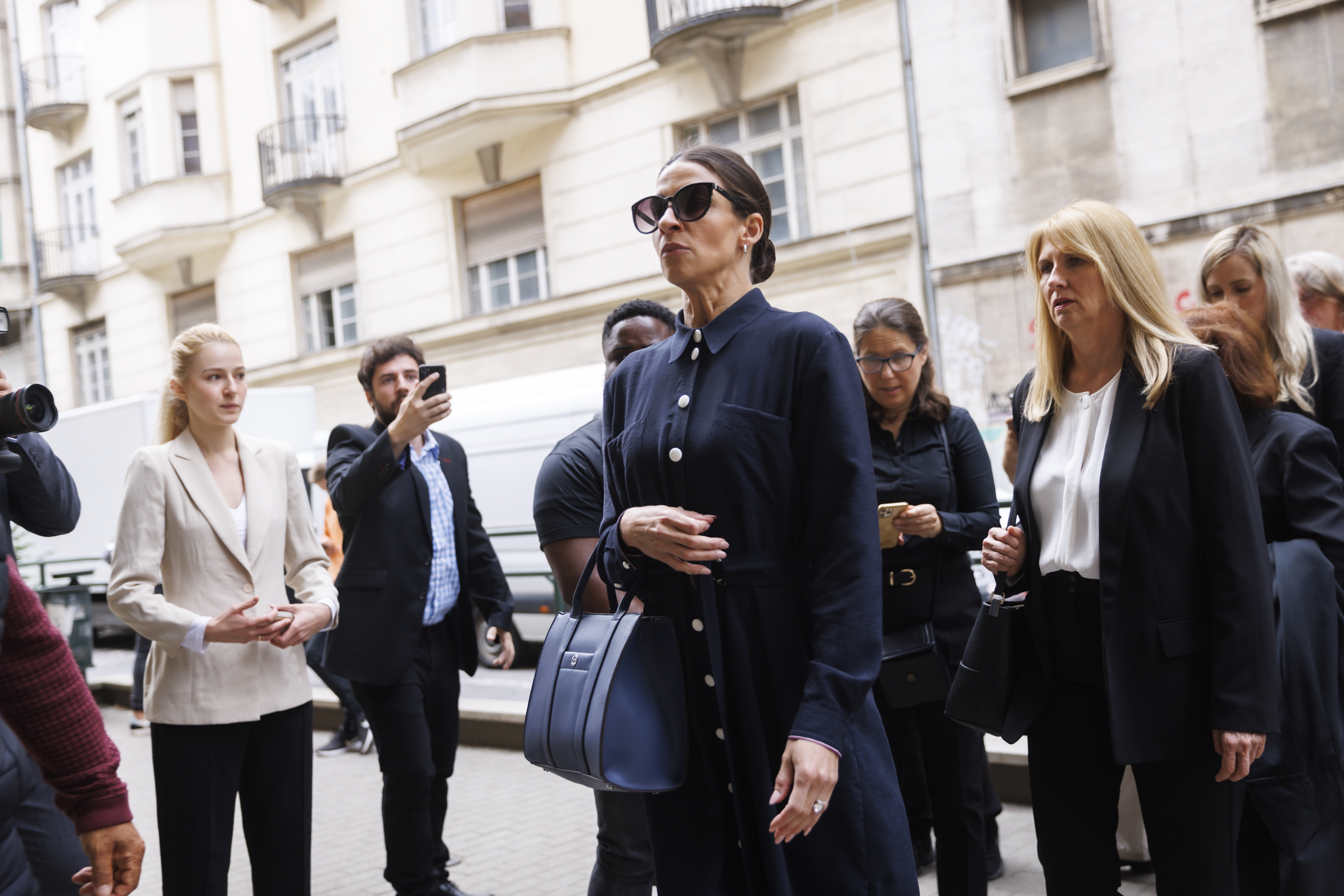 The men’s World Cup might be in full swing in Qatar, but one of the biggest football dramas of the year is just around the corner, ahead of its highly-anticipated release by Channel 4.

Telling the tale of the Wagatha Christie trial, a libel case that began in 2019 and concluded this summer in court, This Is England’s Chanel Cresswell and Harry Potter star Natalia Tena appear as the warring ‘WAGs’ Coleen Rooney and Rebekah Vardy respectively.

While a first look at the lead actors in character was released last month, we’ve now been granted with our first snippet of them in action in the two-part drama, with Michael Sheen starring as Rooney’s barrister David Sherborne and Simon Coury portraying Vardy’s barrister Hugh Tomlinson.

As well as sharing stills of Tena being flocked by photographers while wearing Vardy’s signature large black shades and Cresswell sitting in court as Rooney with her lips tightly-pursed, Channel 4 has also revealed glimpses of the actors playing their England football star husbands: Dion Lloyd as Wayne Rooney and Márton Nagyszokolyai as Jamie Vardy.

We may already be aware of how the tale will play out – with Vardy losing her libel case against Rooney after the latter accused the former of leaking ‘false stories’ about her to the press – but we know we’re still going to be on the edge of our seats when this speedily-made TV adaptation premieres.

In the new images released by Channel 4, Cresswell’s Rooney can be seen solemnly making her way to her seat in court, holding her blazer together with a hand adorned with her huge engagement ring.

Sheen’s Sherborne stands at the plinth, looking confident in his material as he voices his argument to the court, while Tena’s Vardy appears downcast while sitting on the stand with a folder of documentation in front of her.

In another scene, Creswell’s Rooney looks sleek in a tan-brown jacket while reading some papers at a desk, while another moment shows her lounging on a sofa, peering at something intriguing on her phone.

Lloyd bears less of a resemblance to Wayne Rooney as he’s shown sitting in court, but many TV viewers are undoubtedly looking forward to seeing each of the couple’s dynamics depicted on screen.

While there currently isn’t any footage of the drama to watch, a clip is set to be released next Monday.

The drama is based on the real court transcripts, with the court case taking place after Rooney famously conducted a months-long ‘sting operation’ in order to try and deduce who she believed was leaking ‘false stories’ about her to the press.

Vardy V Rooney: A Courtroom Drama is due to air in December on Channel 4.