Home » Entertainment » Can Baltimore Save Its World-Class Orchestra? Can Baltimore Save Its World-Class Orchestra?

BALTIMORE — When violent unrest spread through the streets of Baltimore in 2015 after the death of Freddie Gray, an African-American man who suffered a spinal injury while in police custody, the Baltimore Orioles took the extraordinary step of playing in an empty stadium, barring fans because of safety concerns.

The Baltimore Symphony Orchestra sent a different message: Its musicians gathered on the sidewalk in front of their concert hall to perform Handel, Bach and Beethoven to a crowd of hundreds seeking solace at a scarring moment.

The musicians are now back on that same stretch of sidewalk — walking a picket line. On June 17, the orchestra’s management, citing fiscal pressures, locked the players out without pay to try to pressure them to agree to a contract guaranteeing fewer weeks of work. The sounds at the hall last week were of protesters’ drums, bullhorn chants and passing cars honking support. 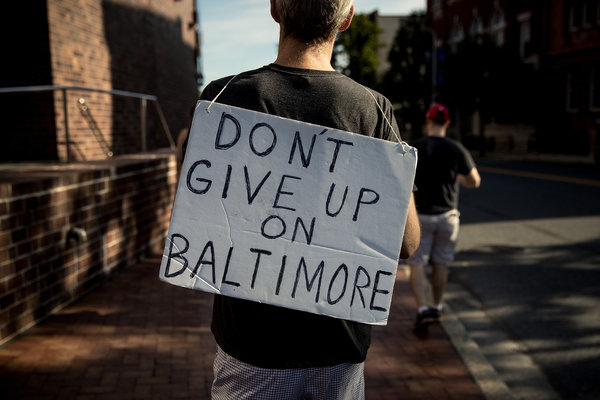 The showdown raises all too familiar questions about how venerable ensembles will survive, let alone thrive, in an era when classical music faces stiff financial headwinds. But the labor strife has been especially dispiriting in Baltimore, a city whose woes need no recitation but which had always seen its orchestra as an embodiment of its pluck.

Founded in 1916 by the city itself, as a branch of its municipal government, the orchestra later reorganized along more traditional lines. Since 1982 it has played at Joseph Meyerhoff Symphony Hall, a rounded, red-brown brick building a short walk from Pennsylvania Station that was constructed during an era of expanding ambitions.

Mr. Meyerhoff was once the orchestra’s biggest benefactor, and his family remains a major supporter. But much of the area’s philanthropy today is directed to education, health and economic issues, in a city that faces deep pockets of poverty and problems including lack of heat in some schools last year and a water main break last month that left public housing residents without water for days.

“For the small donor, there are so many other crying needs,” said Heather Joslyn, a former senior editor at The Chronicle of Philanthropy who lives in Baltimore.

Even with inadequate support, the Baltimore Symphony has managed to punch above its weight in recent years. Under the musical leadership of Marin Alsop, the only female music director of a major American orchestra, it has embraced more daring programming, made acclaimed recordings, and, last year, toured Europe. And it has creatively reached out to its community, starting OrchKids, which offers music instruction, homework tutors, after-school snacks and dinner to more than 1,300 children in neighborhoods that struggle with poverty and violence.

[Read about how OrchKids has adopted the city, one child at a time.]

“It’s horrible,” lamented Marge Penhallegon, 76, a retired elementary school music teacher who began taking her students to hear the orchestra more than 50 years ago and later became an active supporter and volunteer, as she watched the musicians march outside the hall. “This city needs the culture it can provide. It fills your soul.”

The players warn that the proposed cuts — which would lower their base pay to less than half of what it is at the National Symphony Orchestra, in neighboring Washington — would weaken their ties to the community and make it harder for them to attract and retain talent. “We’re losing musicians to better-paying orchestras,” Greg Mulligan, a violinist who is one of the two chairmen of the orchestra’s negotiating committee, said.

But management has said the cuts are desperately needed. It said that the orchestra faced such a cash crunch in May that it had to borrow $2.3 million from its endowment, in part to make its May 31 payroll — its second large borrowing from the endowment in recent years. Peter T. Kjome, the orchestra’s president and chief executive officer, said in an interview that a recent strategic planning process had determined that “our current financial model could not support the mission and vision of the Baltimore Symphony as currently conceived.”

In recent years orchestras around the country have argued that they must curb their rising costs if they are to survive in a new era, in which they now rely on philanthropic donations for more of their annual revenue than ticket sales.

And some, including the Detroit Symphony Orchestra and the St. Louis Symphony, have moved away from 52-week contracts, saying that there was not enough demand for year-round concerts. The length of the season has become a flash point in Baltimore: Management wants to reduce the musicians’ paid weeks of work to 40, from the current 52.

The musicians pointed out that their current year-round base salary in Baltimore, nearly $83,000, is already lower than the base salaries at those orchestras in Detroit and St. Louis, which have shorter seasons. The reduction in weeks, coupled with a demand that they contribute more for health coverage, would cut their pay by roughly a fifth, making it harder, they say, to attract top talent.

Jesse Rosen, the president of the League of American Orchestras, said that the trouble in Baltimore was especially dispiriting given how forward-looking the ensemble has been.

“It’s one thing if you look at an orchestra that’s kind of treading water artistically,” he said in an interview. “But that’s not the case with Baltimore. They’ve really been at the forefront.”

Joseph Meyerhoff II, a trustee of the orchestra’s endowment, recounted last week how Baltimore had changed since the years when his grandfather, a wealthy developer, was chairman of the board.

He rattled off a list of corporations and local banks that were lost to mergers, sales, closures and headquarters relocations — the disappearance of a network of institutions that used to pitch in to cover the orchestra’s deficits or extend credit. “They understood the civic responsibility that corporations have,” he said.

There is new wealth in the region, and plenty of philanthropy, though it is mostly aimed elsewhere. Last year Johns Hopkins University received a $1.8 billion donation from one alumnus, Michael Bloomberg, to support financial aid, including $50 million for students at the university’s music school.

When Mr. Meyerhoff’s family recently offered a $4 million challenge grant to match large donations to the orchestra’s endowment, he said, they met with many of the area’s wealthiest citizens and foundations. But they got no offers for any single gifts of more than $250,000. Now they are trying again, offering a $5 million challenge grant, on the condition that $45 million is raised for the endowment.

Some of the city’s cultural institutions have folded: The Baltimore Opera Company, established in 1950 and once led by the soprano Rosa Ponselle, with stars including Plácido Domingo, Birgit Nilsson and Beverly Sills, shut down in 2009. Last year Concert Artists of Baltimore, an orchestra and chorus, closed after three decades.

In 2005 the Baltimore Symphony expanded into a second home: the Music Center at Strathmore in North Bethesda, Md., a suburb of Washington, where it plays between 30 and 40 concerts a year. While attendance there has been fairly strong, the orchestra has not succeeded in tapping as many new donors in the Washington suburbs as it had hoped.

The orchestra has been raising money, but not as much as officials say is needed. (It is possible, though: this spring the Philadelphia Orchestra, whose fiscal woes drove it to bankruptcy in 2011, announced a $55 million gift.)

The current crisis struck in May, when orchestra officials learned that they would probably not be getting $1.6 million in emergency state aid that Maryland lawmakers had approved, but which the governor, Larry Hogan, has been reluctant to release. The orchestra canceled its summer season, which it had only recently announced, and soon after locked out the players.

The lockout is a major hardship for many of the musicians, who face mortgage payments, student loan payments for younger players, and children’s tuition payments for older ones. Lisa Steltenpohl, 35, its principal violist, said that she had been looking into taking out a home-equity loan to make ends meet. Schuyler Jackson, a 27-year-old bassoonist, said that he had monthly payments of $450 on the $32,000 instrument he bought to play in the orchestra, on top of steep student loans. “It’s really scary,” he said.

Music directors generally try to stay above the fray in labor disputes. But when asked about the lockout, Ms. Alsop sounded a note of caution.

“We need to invest in the world-class institutions we do have in Baltimore rather than cutting the things that make our city great,” she said in an email. “I urge all sides to engage in constructive dialogue to ensure that Baltimore continues to have the great orchestra it needs and deserves.” 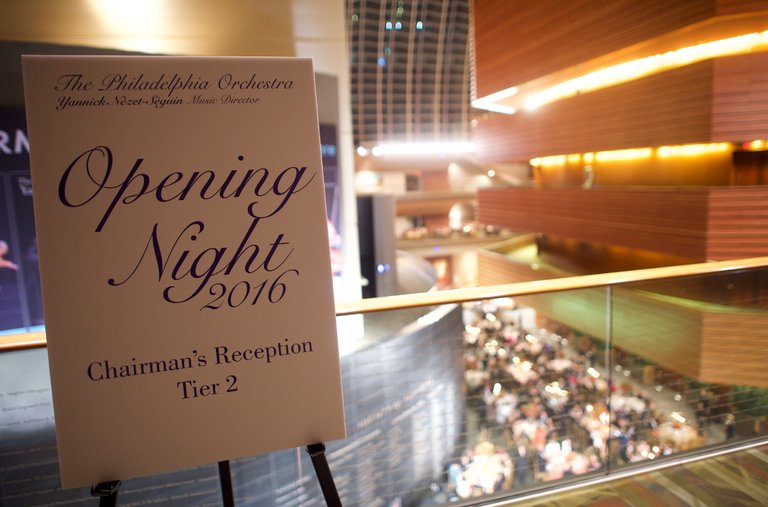 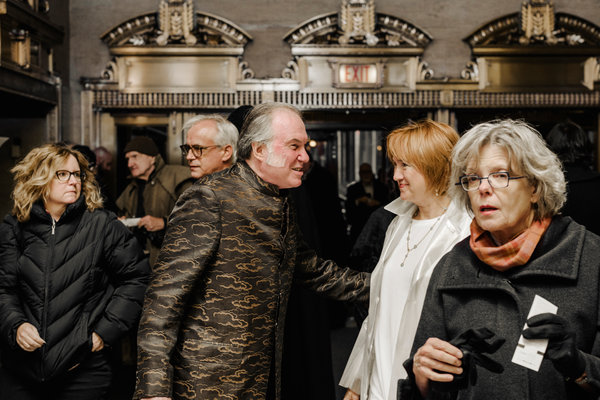 'The Hills: New Beginnings': Does Lauren Conrad Still Have Ill Feelings Toward Spencer and Heidi Pratt?

Who Went Home on ‘The Bachelorette’ 2019? Week 8 Spoilers!
Recent Posts