Camilla Wicks, Dazzling Violinist From a Young Age, Dies at 92

Howard Taubman, reviewing the violinist Camilla Wicks’s New York debut at Town Hall in The New York Times in 1942, had to admit that she had “a certain flair for the fiddle.” He was especially impressed by her handling of difficult passages in the Paganini D major Concerto, a work requiring an abundance of technical skill.

By the way, Ms. Wicks at the time was, as the review’s opening sentence noted, “a pretty, flaxen-haired lass of thirteen and a half.”

She had already been impressing West Coast audiences for years, having made her debut with an orchestra at age 7 in Long Beach. But she was no flash-in-the-pan prodigy whose abilities don’t develop with age. Eleven years after that New York debut, now in her mid-20s, she played Beethoven’s Violin Concerto with the New York Philharmonic at Carnegie Hall, and even the orchestra’s musicians were impressed.

“The Larghetto was especially fine,” the review in The Times said, “for here her playing was so rapt and serene that it fully justified her unusually slow tempo. The men of the orchestra joined with the audience in the hearty applause.”

Ms. Wicks had blossomed from prodigy into one of the finest violinists of her time, and she was among the few women in that era to achieve prominence as a violin soloist. Later she became a respected teacher.

She died on Nov. 25 in Weston, Fla., at the home of her daughter Lise-Marie Thomas Wertanzl, where she had been living for some months. She was 92. Ms. Thomas Wertanzl said Ms. Wicks had contracted Covid-19 in April and had been hospitalized for 42 days but had been testing negative for the virus recently.

Camilla Delores Wicks was born on Aug. 9, 1928, into a musical family. Her father, Ingwald, was a violinist, and her mother, Ruby (Dawson Stone) Wicks, was a pianist.

A biography on her website said that she asked for a violin at 3 1/2 and was playing Vivaldi’s A minor Concerto from memory at 4. Her father was her first teacher and recognized her innate talent; at 10 she was sent to the Juilliard School in New York to study with the noted teacher Louis Persinger, who was her accompanist at her Town Hall concert in 1942. 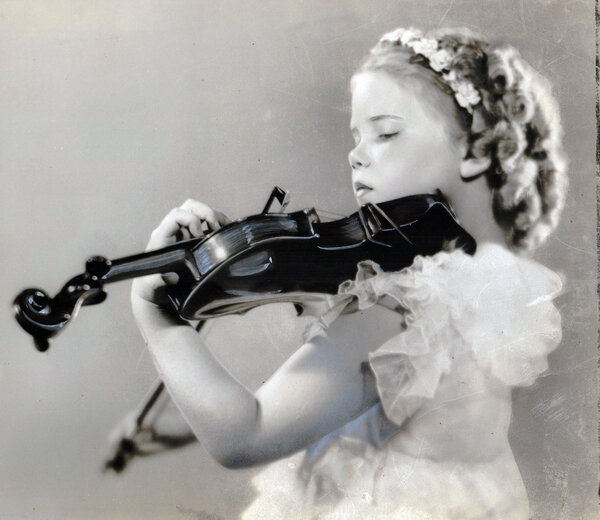 She played the Hollywood Bowl in 1946 while still in her teens and was heard frequently on the radio in the years after World War II. In 1952 she recorded the Sibelius Violin Concerto, an interpretation that has been admired ever since.

In the early 1950s, she married Robert Thomas, and in 1953 the first of their five children was born. For a time she was able to manage the demands of being both a mother and a professional musician.

“I was always playing with one of my children inside of me,” she said in a 2017 interview with the auction site Tarisio, which that year sold the Arthur Smith violin she had played for half a century for $84,000. “I was pregnant with my first daughter for the Beethoven Violin Concerto at Carnegie Hall, and then I continued when I was pregnant with my son, and so on.”

In a 1987 interview with Louise Cavanaugh Sciannameo that the music site the Strad published last week, Ms. Wicks elaborated on the difficult balancing act.

“I don’t think the difficulty of having a career, marrying, and raising children will ever be solved,” she said. “I didn’t dare tell management when I was pregnant. It was so hard. I wore special dresses and learned how to walk so I didn’t look pregnant.”

Eventually, in the late 1950s, she stepped away from performing for a time, even selling her prized instrument, a 1725 Stradivarius. But she returned to playing periodically. Her online biography recounts that in the early 1970s, when she settled in Washington state and taught at Wenatchee Valley College, she would sometimes play with a nonprofessional community orchestra there. In a remembrance published last week in The Wenatchee World, that paper’s publisher emeritus, Rufus Woods, said that the orchestra’s conductor, not realizing who she was, at first sat her in the second violin section.

But Ms. Wicks also performed in her later years with professional groups like the Detroit Symphony, as well as overseas, especially in Scandinavia. She taught at institutions including the University of Michigan, Rice University and the Eastman School of Music.

She made few recordings but gained a new appreciation among classical music aficionados in 2015 with the release of “Camilla Wicks: Five Decades of Treasured Performances,” a six-CD collection that compiled numerous live recordings.

In the Tarisio interview, Ms. Wicks recalled the difficulties she sometimes had in her younger days as a woman in the male-dominated field of classical music.

“I was one of the few women who broke through to play in the big leagues,” she said, “and some of the conductors were really quite miffed about it. I won’t name names, but one of them was not following me on purpose and was a half measure behind me the whole time. I didn’t know then to pace myself to the stubborn conductor’s accompaniment. That would have been the answer, but I went ahead and played my speed!”

Her marriage to Mr. Thomas ended in divorce. Her son Philip Thomas died in 2011, and her son Paul Thomas died in 2017. In addition to Ms. Wertanzl, she is survived by another daughter, Angela Thomas Jeffrey; a son, Erik Thomas; and three grandchildren.

In the interview published posthumously by the Strad, Ms. Wicks reflected on the role of music.

“We need something that is going to bring us hope,” she said. “All music can accomplish this. The greatest of pieces are those that say, ‘Yes, this is terrible, but there is hope.’”

'We Are Better People Because of John Lennon'
Recent Posts