Sotheby’s has agreed to delay the much-publicized auction of a “lost” library containing rare manuscripts by Robert Burns, Walter Scott and the Brontës, as a consortium of British libraries and museums has begun an effort to raise $21 million to preserve it for the nation.

That private library, the Honresfield Library, was assembled in the 19th century and had gone virtually unseen since the 1930s. The news last month that the library had resurfaced and would be sold at a series of auctions starting in July had drawn excited reactions from scholars and fans, as well as alarm that cultural treasures could be dispersed anew into inaccessible private collections.

In a statement on Thursday announcing the acquisition effort, the group, Friends of National Libraries, said its hope was to buy the collection whole and then allocate it to institutions around Britain “for the benefit of the public.”

“A private library of English literature of such significance has not been placed on the open market for many decades,” nor “is ever likely to appear again,” the statement said. “A major and coordinated effort is needed to save this astonishingly important collection.”

Joining together in the effort are eight institutions: the British Library, the National Library of Scotland, the Bodleian Libraries at Oxford, the Brotherton Library at the University of Leeds and house museums dedicated to Jane Austen, Walter Scott, Robert Burns and the Brontës. 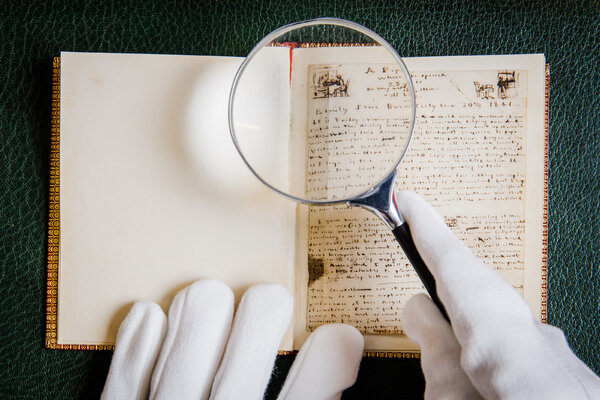 The Honresfield Library was assembled starting in the 1890s by Alfred and William Law, two self-made mill owners who grew up less than 20 miles from the Brontë home in Haworth (which is now the Brontë Parsonage Museum). After their deaths, the collection passed to a nephew, who granted access to select scholars, and had facsimiles made of some items.

But after the nephew’s death in 1939, the originals fell out of public view. By the 1940s, the collection had become “well-nigh untraceable,” as a scholar put it at the time.

In a statement, Gabriel Heaton, Sotheby’s specialist in English literature and historical manuscripts, called the proposed acquisition “a fitting tribute to the Law brothers’ voracious literary interests and their family’s excellent care of this material for over a century.” Sotheby’s would not disclose the time frame of the auction delay, which it said had been agreed to by the two parties.

At the heart of the library is what the consortium described as an “astonishing set of manuscripts” by the Brontës, much of it “unseen for 80 years and never properly examined.” They include an 1844 handwritten manuscript of Emily Brontë’s poems with pencil edits by Charlotte, which had carried an auction estimate of $1.1 million to $1.7 million — a near record for a modern English literature manuscript, had it been achieved.

There are also seven miniature books by Charlotte, some 25 letters by Charlotte and a diary-style birthday note written by Emily to her sister Anne, complete with a tiny drawing of Emily at her writing desk.

The consortium’s announcement also highlighted “two hugely significant letters” by Jane Austen to her sister Cassandra, including one written on the eve of a ball, where she anticipated the end of a love affair. Only three early Austen letters are preserved in any British national collection, the group noted, with the surviving bulk instead held at the Morgan Library in New York City.

In recent years, auctions of British literary artifacts have become the focus of high-profile fund-raising campaigns aimed at keeping them at home. In 2013, Jane Austen’s House Museum acquired a turquoise ring once worn by the author, after raising $236,000 to match the price paid at auction by the American singer Kelly Clarkson. And in 2019, the Brontë Society raised nearly $800,000 to buy one of Charlotte’s miniature books that it had previously escaped to France.

“Literature and the creative use of the English language and its dialects have been among the great contributions made by the people of these islands,” he said in the consortium’s announcement. “Now is a time to act together, to preserve and share some of the greatest examples of this heritage.”

The Photographer Who Captured the Beauty in Blackness