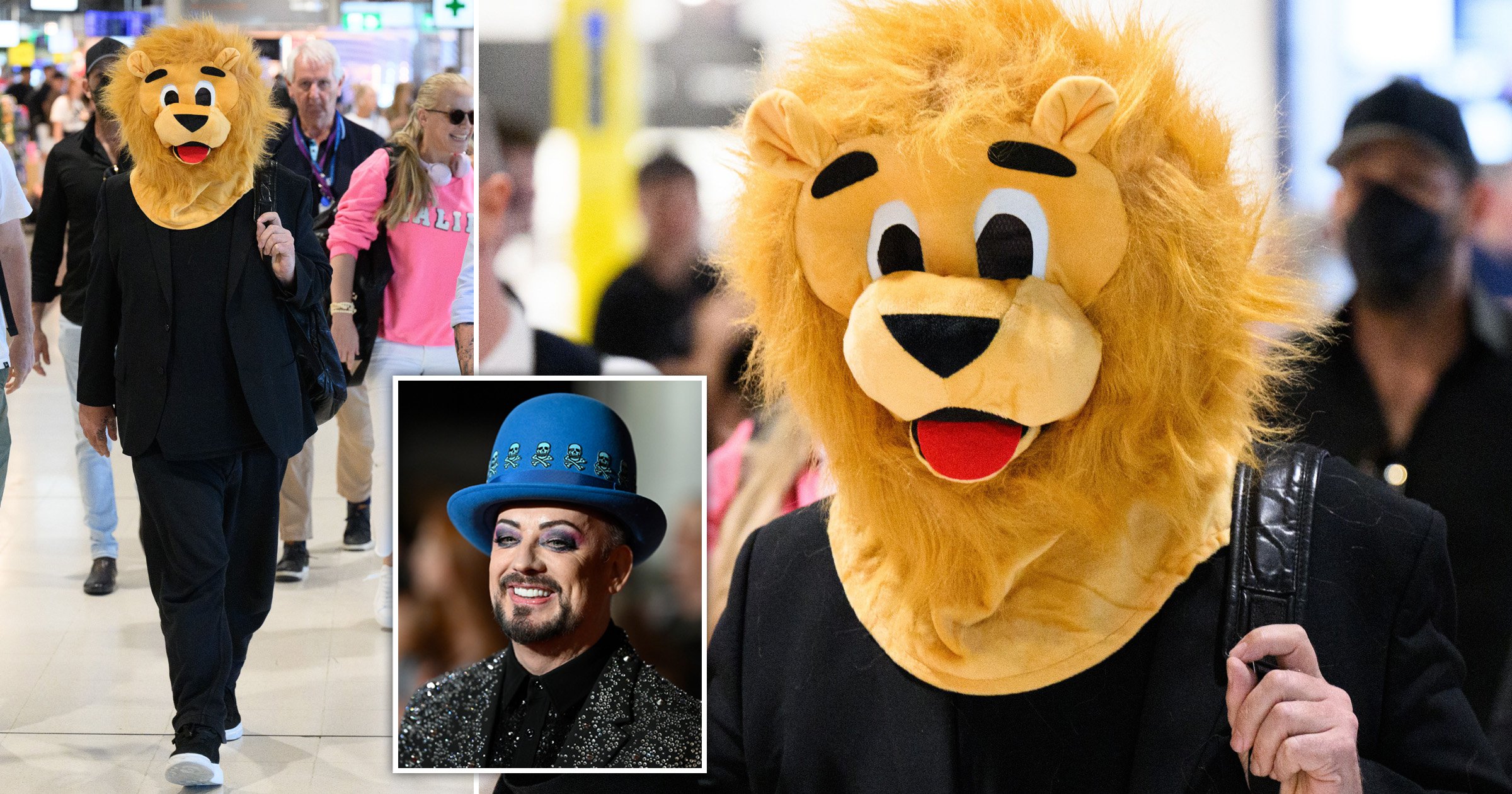 Is Boy George trying to send a message about becoming the next King of the Jungle?

Ahead of the start of I’m A Celebrity… Get Me Out Of Here! 2022, stars in the strongly-suspected line-up have been arriving at the airport in Australia, following the show’s move back to the land Down Under after two years at Gwrych Castle in Wales.

This week, royal Mike Tindall, Loose Women star Charlene White, Love Island’s Olivia Attwood and radio presenter Chris Moyles have all been papped landing in the country, so they can go into isolation before the programme begins.

Boy George is now the latest to be snapped, showing up at the airport in Brisbane wearing a cartoonish lion mask while declaring himself the ‘Lion King’ before entering the camp.

The singer, who could be identified by the tattoos on his hand, gave a peace sign to the cameras as he made his way through the airport.

Other than the mask, the rest of his look was understated, combining a black pair of trousers with a matching top, blazer and trainers.

After his arrival, the 61-year-old told The Sun that he’s ‘here to do a version of the Lion Queen’, before adding that he ‘hopes’ he has a chance to wear his lion mask in the jungle.

Producers are said to be extremely glad to have signed the 80s pop icon, who’s believed to have bagged the highest ever paycheck in the history of I’m A Celebrity.

‘Boy George is a real coup for producers, there is a lot of excitement in-house at ITV,’ a source said.

‘The singer is renowned for his dry wit and frank delivery, he is always outspoken and will be hilarious value in camp, hopefully regaling viewers with his showbiz stories about his famous friends.

While George is well acquainted with Australia after living in Sydney for several years, he has no experience of the Outback, so will be like a fish out of water living rough.’

Boy George, who’s real name is George Alan O’Dowd, previously told I’m A Celebrity hosts Ant McPartlin and Declan Donnelly that he’d only take part if they did a vegan version, stating: ‘Unless you do a vegan version and then I’m in.’

He’s previously turned down the opportunity to join the cast, stating in the past: ‘There would be serious clothing restrictions in the jungle. I’d have to get certain hats made and I couldn’t get over the food. I would have a problem with that.’