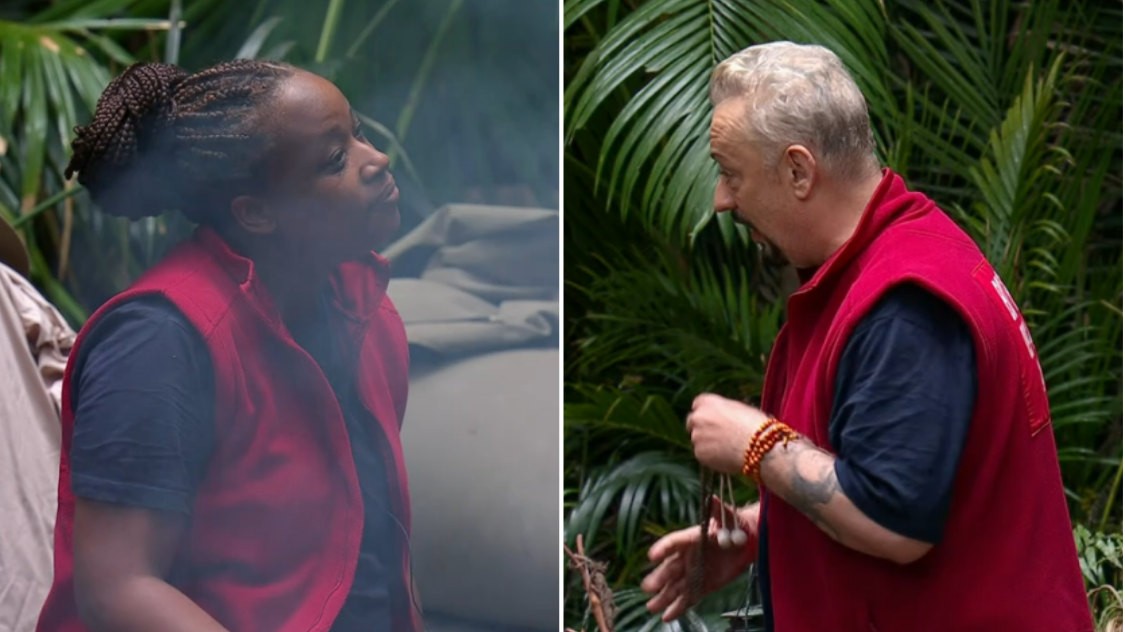 We’re only days into the new series of I’m A Celebrity… Get Me Out Of Here! and already there is friction between Boy George and Charlene White.

After branding the Loose Women star ‘bossy’ for taking charge of the cooking during Monday night’s episode, the Karma Chameleon singer confronted her behaviour in scenes that aired tonight.

Approaching Charlene to talk about camp duties, Boy George told her: ‘It might be good to say to people, “Right you do this today”. Otherwise, I’m going to feel like I’m not doing anything.

‘I want to win stars, that’s my main thing, I’m going to do everything I can to get stars. I want to contribute.

Boy George replied: ‘Because I’m such a control freak. It’s my stuff.’

He added: ‘Because you are such a matriarch… and you better accept it, don’t even deny it, look at you, “What do you mean?”’

Speaking to the cameras in the Bush Telegraph, Charlene insisted there is no hierarchy in the camp.

‘We are the democracy of the jungle,’ she said. ‘There is no like leader, we haven’t told everybody what their roles are, we’ve just not done that, kind of fallen into roles.’

Boy George, however, continued to describe Charlene as ‘the boss’.

‘I’m happy to do nothing if people want to take charge,’ he admitted in the Bush Telegraph. ‘People are taking it but I think there’s going to be some rebellions.’

Boy George added to Charlene: ‘So Charlene, I don’t mind if you tell me what to do but give me some jobs if you’re going to be the boss.’

Will these two be able to overcome their differing opinions… or will the friction continue throughout the series? Only time will tell…

I’m A Celebrity… Get Me Out Of Here! continues on Wednesday at 9pm on ITV.