Home » Entertainment » Boris Johnson Told Donald Tusk At The G7 That The UK Would Provide Brexit Proposals “Next Week.” It Didn’t. Boris Johnson Told Donald Tusk At The G7 That The UK Would Provide Brexit Proposals “Next Week.” It Didn’t. 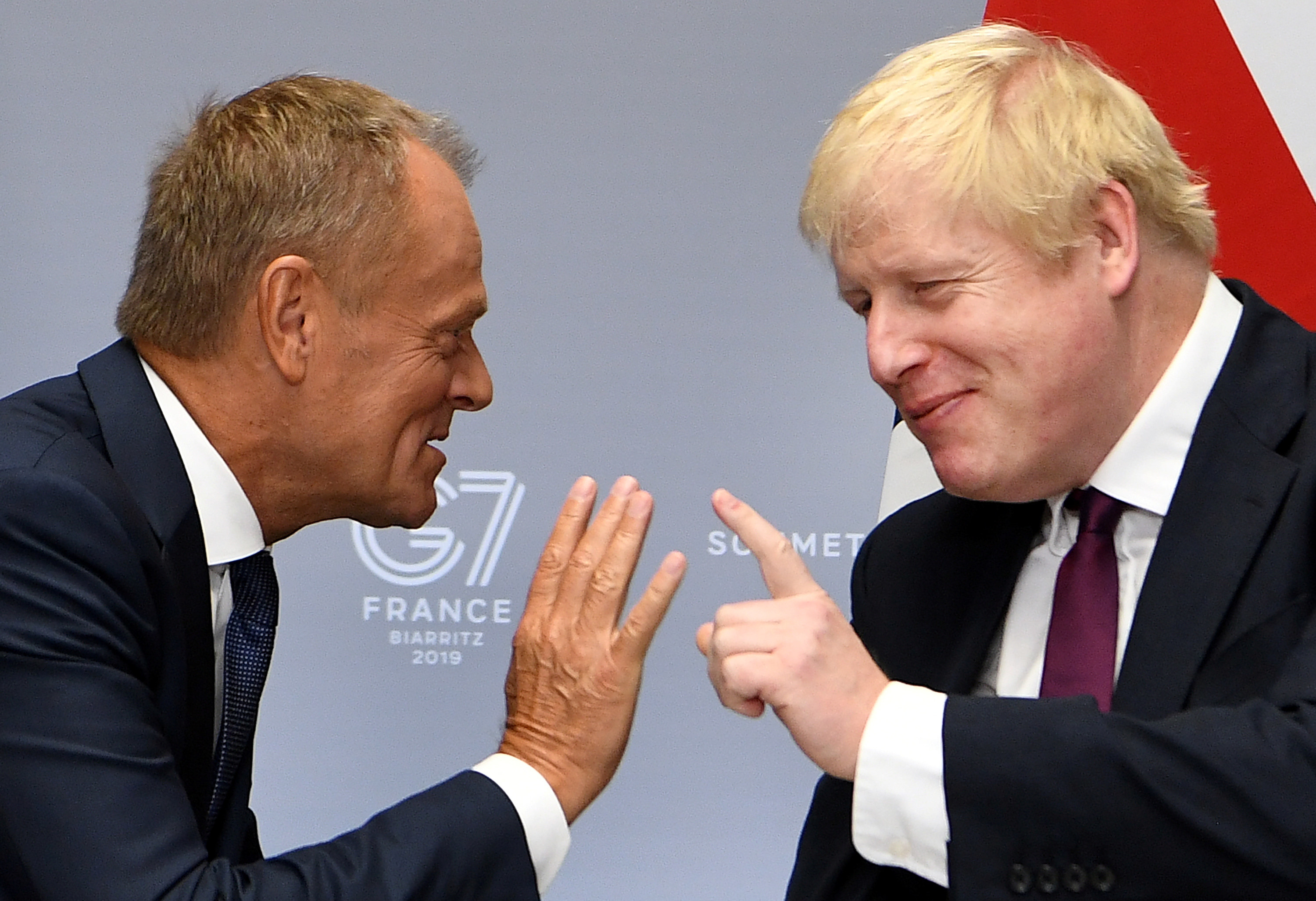 Boris Johnson told European Council president Donald Tusk that the UK would provide new Brexit proposals within a week, but then failed to do so, according to a diplomatic note seen by BuzzFeed News.

Johnson made the commitment at a private meeting with Tusk during the recent G7 summit, held in France on 24-26 August. “The UK PM did not put forward any concrete ideas,” the note says.

The revelation will cause further alarm among those UK MPs who believe that there are no serious negotiations taking place despite Johnson’s repeated claims of progress. On Wednesday, the prime minister lost a vote in the House of Commons to block him from leaving the EU without a deal.

The diplomatic note is of a briefing to the ambassadors of the 27 remaining EU member states, which took place on Wednesday in Brussels, where the latest state of play as well as contingency planning for a possible no-deal Brexit were discussed.

The G7 meeting between Johnson and Tusk was otherwise described as “positive”, also due to the fact that the UK aligned with the Europe, rather than with US president Donald Trump, on key issues such as relations with Russia and trade during the summit.

At the meeting on Wednesday, the EU’s chief Brexit negotiator Michel Barnier confirmed to the 27 ambassadors that the UK hadn’t yet put forward any concrete alternatives to the so-called backstop.

The backstop is an insurance policy that guarantees that the border between Northern Ireland and the Republic of Ireland remains open after Brexit in all circumstances and scenarios, while also protecting the integrity of the EU’s single market. The UK and the EU both committed to keeping the border open in December 2017.

Johnson insists that the backstop must be removed from the agreement that his predecessor, Theresa May, agreed with the other 27 EU leaders.

Barnier told the ambassadors that any alternative put forward by the UK would be analysed, but would need to achieve the same effects of the current insurance mechanism, be legally binding and fully operational.

The diplomats were also told that the UK has indicated that it wants the future UK-EU relationship to be built on a trade agreement and to diverge from the bloc’s regulatory regime, suggesting that Johnson envisions a more distant relationship with the EU than the one sought by May.

All the diplomats that intervened during Wednesday’s discussion backed the EU’s negotiating stance and position on the backstop, and reiterated the need for the 27 to stay united.

The note states that the German representative said that it was clear that ongoing talks with David Frost, the UK’s chief Brexit negotiator, were unlikely to lead anywhere. The diplomat told the other meeting participants that Germany had “full trust” in Barnier and his team.

France’s representative added that it was clear that responsibility for the current situation falls on the UK, and the onus to come up with a proposal was on the UK. Although everything should be done to avoid a no deal, the 27 should not be scared of it, the diplomat added, according to the note.

Ireland noted that it was discouraged by the lack of substance from the UK, and described the letter sent by Johnson last month outlining his approach to Brexit as “highly disappointing” and “technically incorrect.”

Despite the pessimism, both the European Commission and the EU27 diplomats stressed the need to continue to constructively engage with the UK.

Should the UK hold an election, it was noted that it would be unclear how talks would work because anything negotiated during a campaign wouldn’t necessarily be stuck to by an incoming government.

“Anything could happen following an election,” the note reads.

Alberto Nardelli is Europe editor for BuzzFeed News and is based in London.

MTV The Challenge: War of the Worlds 2 Episode 2 recap – Who all was eliminated on the September 4 episode?
Recent Posts