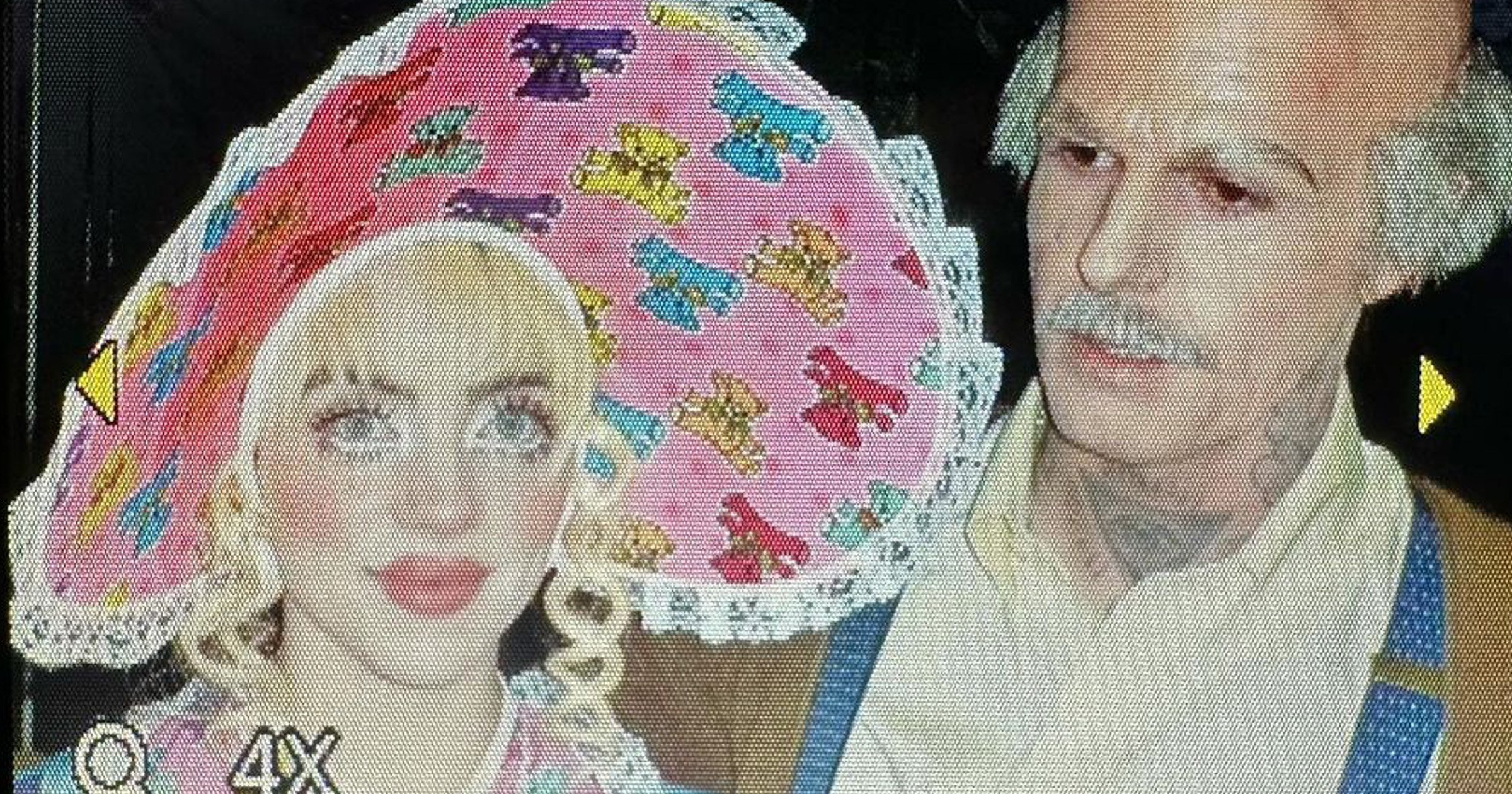 Billie Eilish, 20, has gone Instagram official with her 31-year-old boyfriend Jesse Rutherford with a picture showing their controversial couples’ costume for Halloween.

The Grammy winner and frontman of rock band The Neighbourhood seemed to make fun of their 11-year age gap as they celebrated the spooky season with Billie dressed up as a baby doll and Jesse as an elderly man.

The No Time To Die chart-topper was dressed in a pink outfit emblazoned with teddy bears and a matching bonnet, which she wore alongside pink bunny rabbit slippers, white tights, a blonde wig and doll-like make-up.

Meanwhile Jesse was wearing a bald cap and fake grey moustache, with make-up lightening the tattoos on his neck and dyed eyebrows.

He completed the look with a shirt and cardigan.

Sharing this photo alongside other snippets of herself and friends over the spooky season, she wrote in the caption: ‘life is craaaaaaaaaaaaaaazy🤡 happy halloween🎃🥰’

Her upload even included the scan of her brother Finneas’ shattered collarbone from his accident earlier in the week.

However, many fans were not happy to see the outfits Billie and Jesse had chosen for Halloween, asking the star to delete the picture revealing their costume choices.

‘Girl do yourself a favor and delete the last photo,’ pleaded one of her followers as another commented: ‘Let’s not pass over the fact she’s dressed as a baby and Jesse as an old man. Jokes about paedophilia aren’t funny.’

‘Press delete,’ urged another social media user while one person asked: ‘What about this is ok…’

The couple were first seen out together in public in October, after a fan posted a video to TikTok of what appeared to be Billie and Jesse holding hands as they exited one of the scary houses together at Universal Studios’ Halloween Horror Nights.

They were then spotted on two dinner dates in Los Angeles, with them exiting Studio City Indian restaurant Lal Mirch with their arms wrapped around one another on October 18.

They were then pictured kissing after making their way together to Jesse’s car.

Billie was last publicly linked to Matthew Tyler Vorce, with the pair reportedly splitting in May following cheating rumours, which Matthew fiercely denied.

Metro.co.uk has contacted a rep for Billie Eilish for comment.