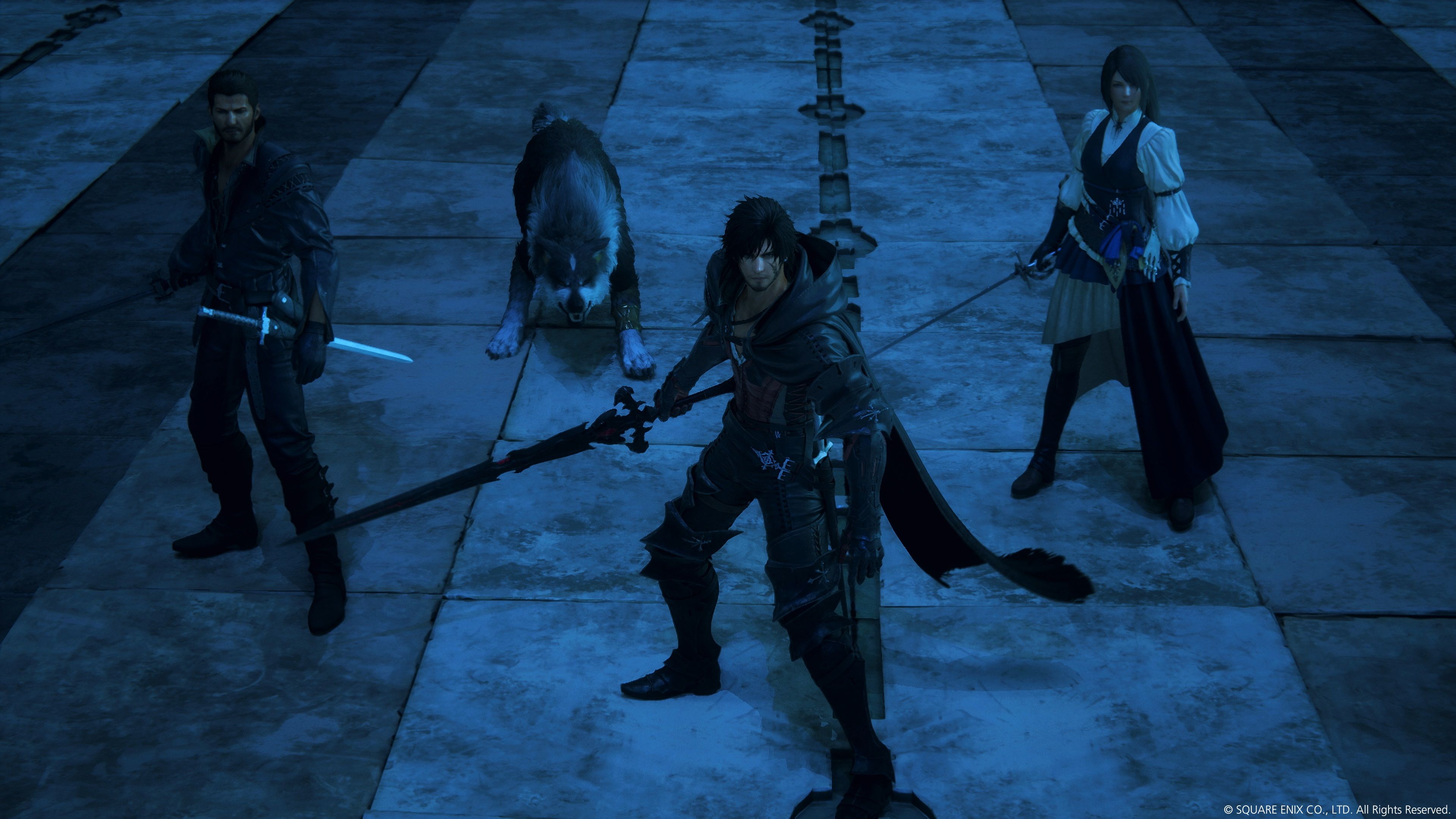 With one foot in the past and another in the future, Final Fantasy 16 is trying to meet the lofty expectations of fans and Square Enix.

It’s strange to imagine that we could see two major Final Fantasy titles in 2023: Final Fantasy 16 and Final Fantasy 7 Rebirth, with the former scheduled for June 22 and the latter aiming for a winter launch (so it could also end up as an early 2024 title). Although both have weighty fan expectations, and are set to be huge in scope, they are very different beasts.

Final Fantasy 7 Rebirth is the continuation of Square Enix’s big remake project and its ties to the original PlayStation classic make it a more traditional entry in the franchise.

Final Fantasy 16, despite the number, doesn’t need to worry about the baggage of established characters and lore. However, its status as a new mainline title, and the prestige of its development team, means it can’t rest on its laurels, especially after the mixed reception for 2016’s Final Fantasy 15.

Instead, Final Fantasy 16 offers no open world to speak of, so the story can properly explore the entirety of its high fantasy setting. One that harkens back to the first several Final Fantasy titles and yet also invites more than a few comparisons to Game Of Thrones.

Final Fantasy’s never been afraid to tackle mature subjects or show a bit of blood, but Final Fantasy 16 is already channelling ‘this isn’t your grandad’s Final Fantasy’ energy with its bloody violence, harsh aesthetics, and a revenge story that presumably involves a child being savagely mauled to death if that announcement trailer is anything to go by.

In fact, Final Fantasy 16 will be the franchise’s first mature-rated entry, as it’s already earned an 18 age rating in the UK. Its ESRB listing also mentions partial nudity, sexual themes, and strong language. However, whether this will make for a gripping story or come across as ironically immature is something no one will know until the game is out.

At the very least, Final Fantasy 16 looks to be as grand in scale as some of its predecessors were then they launched. Nothing best exemplifies that than how it’s incorporating summons, or Eikons as this and a few other Final Fantasy games call them. These creatures have always been presented as otherworldly, powerful beings, but the few glimpses we’ve seen from the trailers depicts them closer to kaiju, with titanic battles against other Eikons.

We struggle to think of any instances in previous games where you get to directly control Eikons so that, combined with the promise that no two Eikon fights play the same (according to a Game Informer interview), these should end up as one of the highlights of the game.

Regular combat will see protagonist Clive channel the Eikons’ power through different attacks, as opposed to just summoning them, which is a fresh take that will hopefully mean even common mob fights have some visual flair to them. However, the core combat isn’t returning to the classic turn-based formula, opting instead for real-time action gameplay that looks more like Devil May Cry than any previous Final Fantasy.

Producer Naoki Yoshida has admitted that it’s impossible to please every type of Final Fantasy fan, explaining that he embraced real-time combat because it felt like a better fit for the more realistic presentation – and to attract a new audience.

It’s a rare moment of self-awareness, considering how often game companies usually strive to make a product that can appeal to virtually everyone, often resulting in very homogenous experiences. Despite Yoshida’s decision, however, choosing to reject an open world setting for multiple self-contained areas suggests he isn’t interested in chasing trends.

Yoshida was later put in charge, as producer and director, which led to the A Realm Reborn relaunch in 2013. Now, the game is one of Square Enix’s most critically acclaimed and financially lucrative titles, praised for its gameplay, music, and storytelling.

Many of Yoshida’s fellow Final Fantasy 14 team members are also key figures in Final Fantasy 16’s development. Assistant director Hiroshi Takai has been promoted to main director, scenario writer Kazutoyo Maehiro is handling the screenplay, and composer Masayoshi Soken is in charge of the music.

If their contributions resulted in Final Fantasy 14’s redemption arc, then Final Fantasy 16 should hopefully be of similar quality, and that makes it one of the most exciting games of the year.

Just so long as Square Enix doesn’t shove NFTs in it for no reason.

Dancing on Ice fans complain to Ofcom over Ekin-Sus costume