In for a wild ride! Katie Thurston made her debut as the Bachelorette during the Monday, June 7, season 17 premiere of the ABC reality show.

Katie Teases Ending: ‘Everything Happens for a Reason’

The leading lady headed to the Hyatt Regency Tamaya Resort and Spa in New Mexico to meet her 30 suitors amid the coronavirus pandemic. She thought she would be alone throughout her journey amid Chris Harrison’s temporary absence, but cohosts Tayshia Adams and Kaitlyn Bristowe surprised her to let her know they were there for support. They offered advice and watched from the window of the hotel as the men arrived. 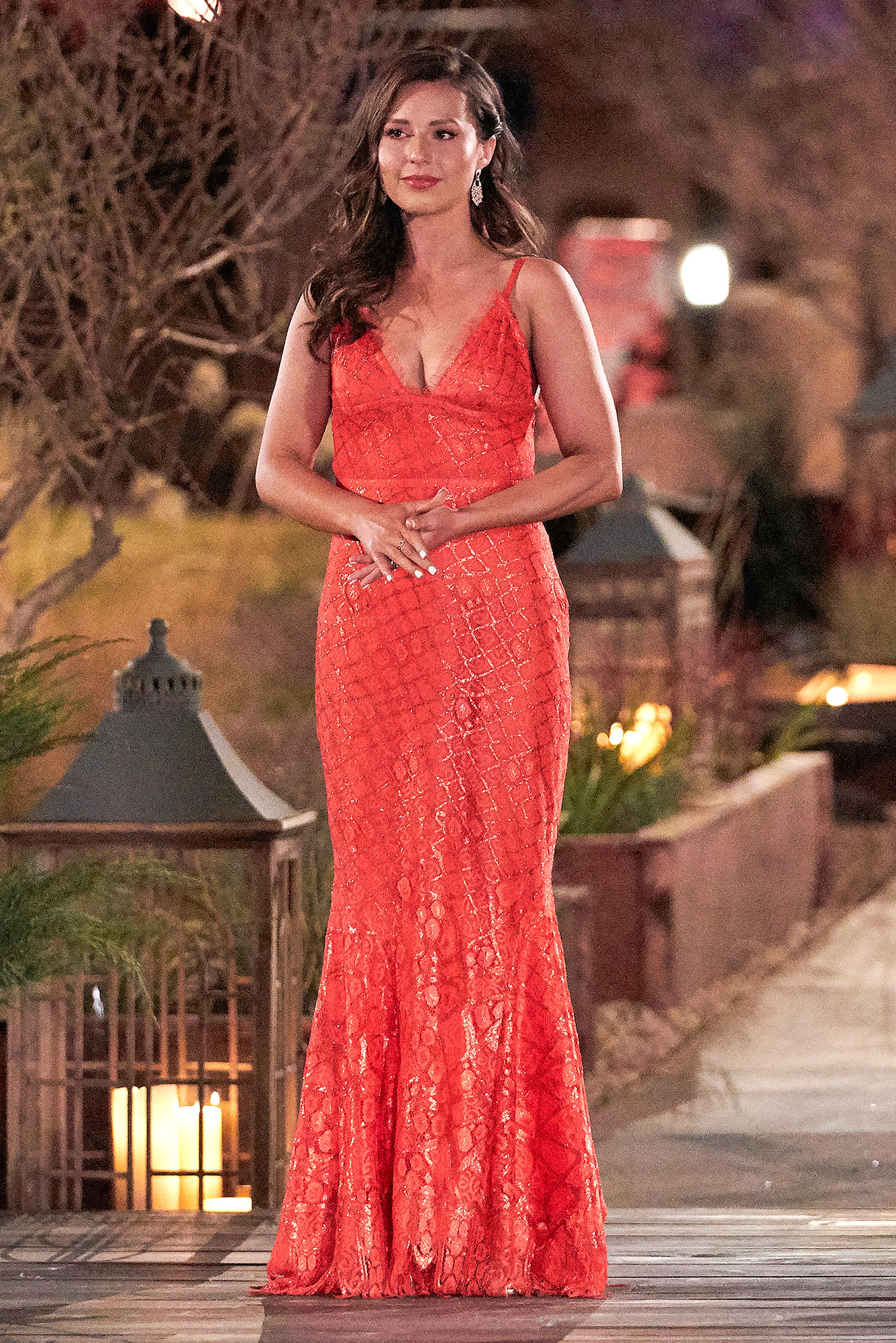 The limo entrances were memorable as usual, but some made better impressions than others. Andrew S. attempted to impersonate Regé-Jean Page’s Bridgerton character but missed the mark since Katie called his bluff. Tre, meanwhile, impressed with his makeshift ball pit in the bed of a pickup truck, which he hopped out of. Greg won over Katie by getting “choked up” due to nerves and also caught her eye because he resembled her ex-boyfriend.

Two men, in particular, stumped the rest of the group with their gags, which Katie loved. Connor B. showed up in a cat costume, inspired by the Bachelorette’s status as a “cat lady.” James arrived in a large box wrapped like a present and promised to emerge once he and Katie could be alone inside. She ended up in a full-on makeout with Connor — the black paint on his nose even rubbed off on hers and she donned cat ears for the steamy moment — and confessed to having a crush on James. 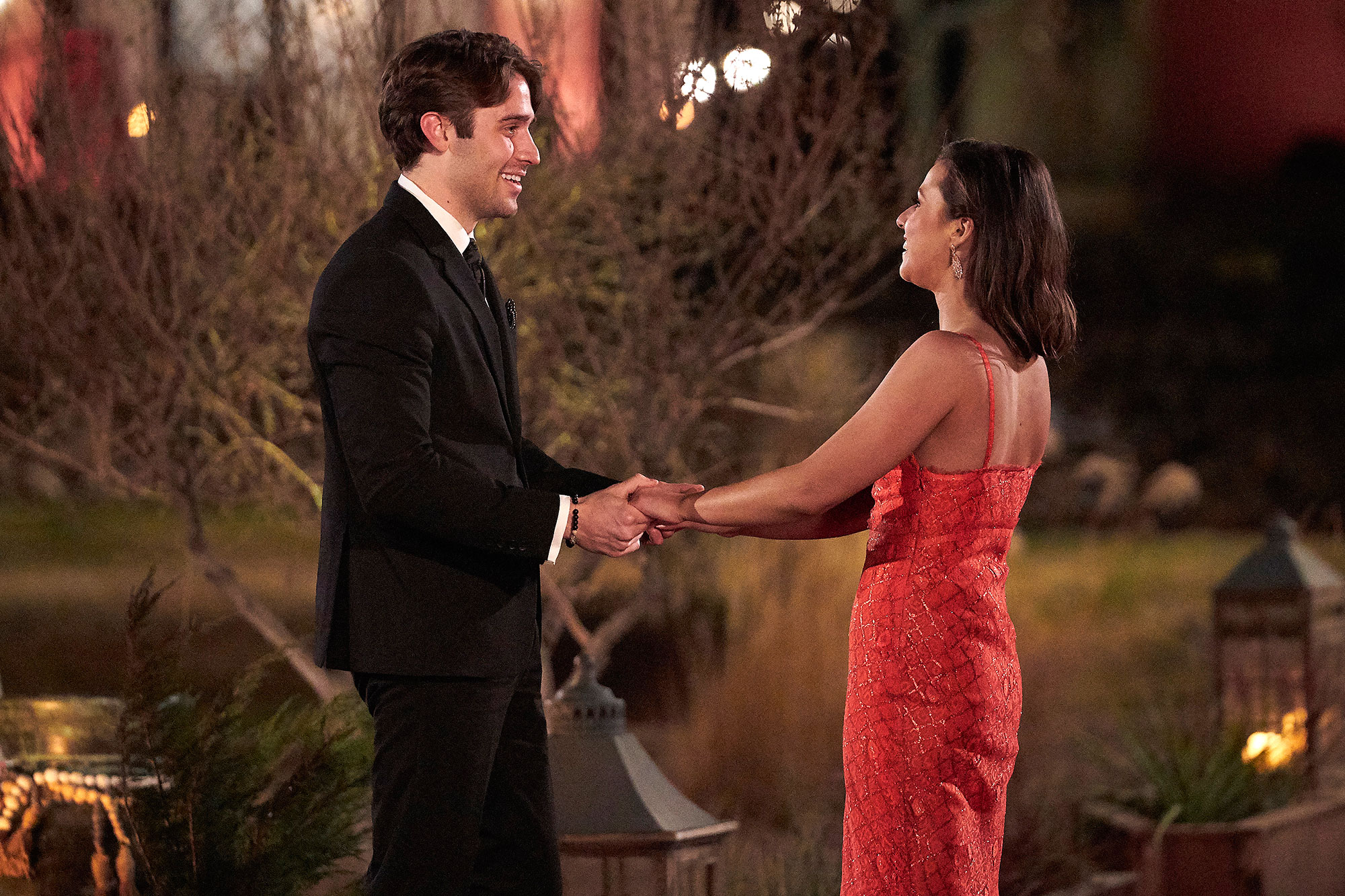 Katie initially thought she’d be more interested in outgoing personalities like her own, but she gravitated toward the shy guys. She especially connected with Greg, who gifted her a pasta necklace made by his niece. She gave him the first impression rose, kissing him and informing him that once he overcame his nerves, there was something between them.

Everything Tayshia and Kaitlyn Have Said About Katie’s Journey

Elsewhere during night one, Katie explained that she was open to any scenario when it came to having kids, whether her partner already had a child or didn’t want any, and she locked lips with Justin. Aaron also lashed out at Cody for no apparent reason, saying he never liked him.

Katie felt like her person was among the group but didn’t know for sure who it was. She joked that she had a top 22 rather than a top two. She ultimately sent home seven men during the rose ceremony: Jeff, Marty, Brandon, Austin, Gabriel, Landon and Marcus.

The Bachelorette airs on ABC Mondays at 8 p.m. ET.