An American Missionary Was Wrongly Accused Of Voluntarily Undergoing FGM 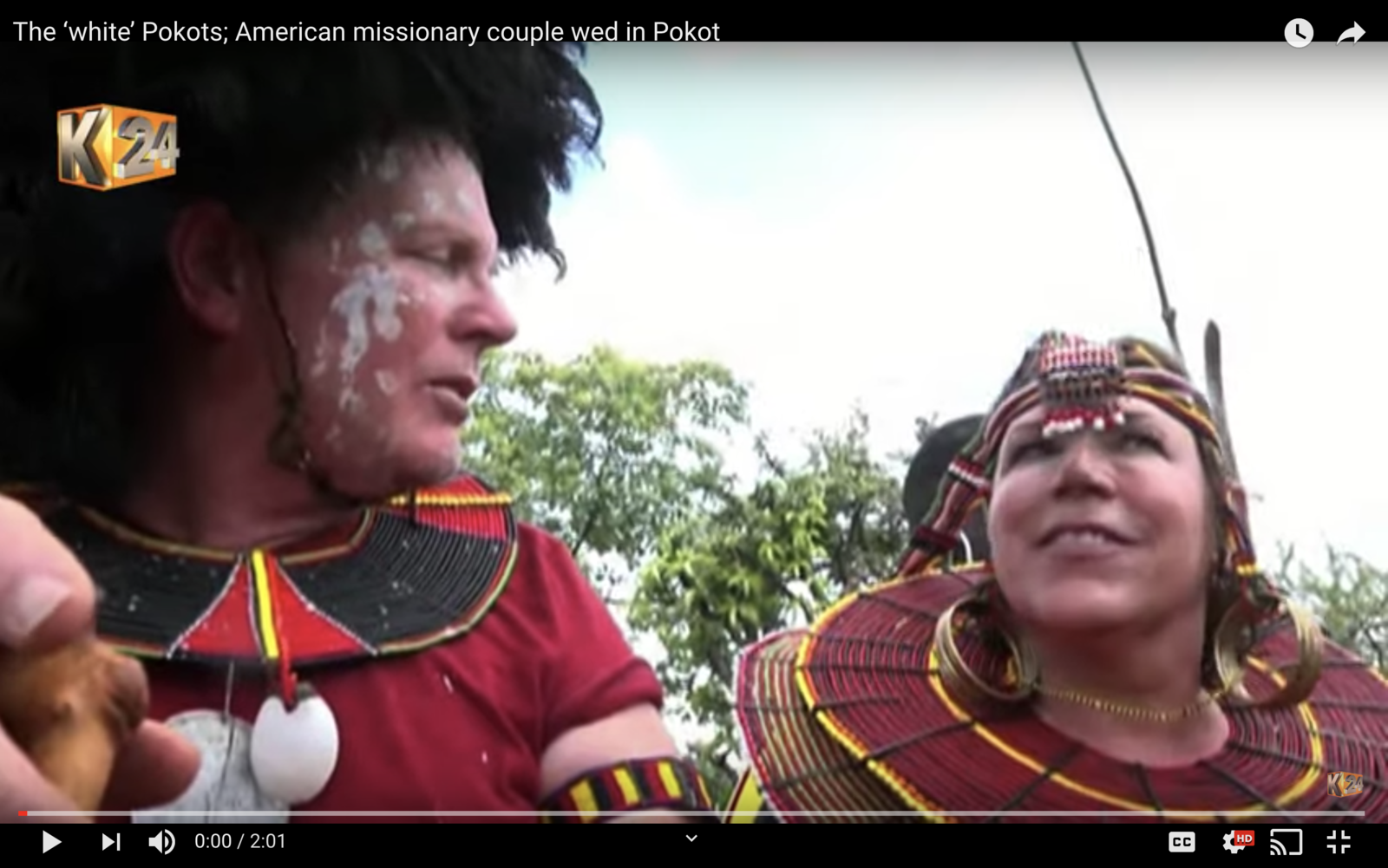 An American Christian missionary in Kenya has demanded an apology after local media wrongly reported she had voluntarily undergone female genital mutilation (FGM) as part of a traditional wedding.

The report also claimed that Estes, referred to by her Pokot name of “Cheigar” had undergone FGM.

“Cheigar agreed to undergo the cut and fully immerse herself in Pokot culture,” the voice-over said as the camera zoomed in on Estes smiling in a Pokot hut. “An American on the outward but now acceptable by the Pokot community.”

FGM, also known as female circumcision or female genital cutting, is an ancient ritual the United Nations defines as the partial or total removal of external female genitalia for nonmedical reasons. For many women who undergo it, the cutting leaves traumatic memories and can cause lifelong health complications. FGM was banned in Kenya in 2011, but is believed to still be practiced in clinics and homes, including by healthcare providers. In the area where the Pokot live for instance, the practice has been particularly difficult to eradicate.

The story was soon picked up from K24’s website, which included a YouTube video, by other Kenyan news outlets like Nairobi News, Face2Face Africa, Tuko and AllAfrica. Estes and her husband were subsequently called out on Twitter for cultural appropriation, racial tourism and recklessly endangering girls and women who are forced to undergo FGM. Some users even called for Estes to be deported.

But when contacted by BuzzFeed News, Estes said the story was not true. While she and her husband had gone through a traditional wedding, she definitely had not undergone FGM.

Kenya’s Anti-FGM Board also released a statement saying the story was wrong.

Estes said she was “traumatized and humiliated” by the inaccurate story, and had been working to rescue and rehabilitate FGM survivors since 2010, two years after she first arrived in Kenya. Estes said she had told the journalist present at her wedding that she was helping to rescue girls and women from forced marriage and FGM.

“When I saw that story online, it snatched the happiness away from what would’ve been one of the best days of my life,” she said, on the phone from the Kenyan city of Nakuru, adding that she was considering legal action over the report.

On Tuesday afternoon, K24 removed the video from YouTube, while all traces of the video disappeared from its social media accounts, including a Twitter account with more than 1 million followers. Nairobi News meanwhile replaced its story with a brief editor’s note stating that it had been recalled for editorial review.

Fred Njiriri, K24’s managing editor, told BuzzFeed News in a WhatsApp message that the network believed Estes had followed the process of a traditional Pokot wedding.

“By the time of producing the story, our understanding is that Theresa had undergone the ‘full rites of passage’ which includes FGM for the Pokot community,” he said.

Joy Kiruki, the K24 reporter who helped produce the incorrectly-reported story, told BuzzFeed News the broadcaster was informed on Monday that Estes had not undergone FGM at her wedding ceremony, and that producers issued an apology during a news bulletin that night. 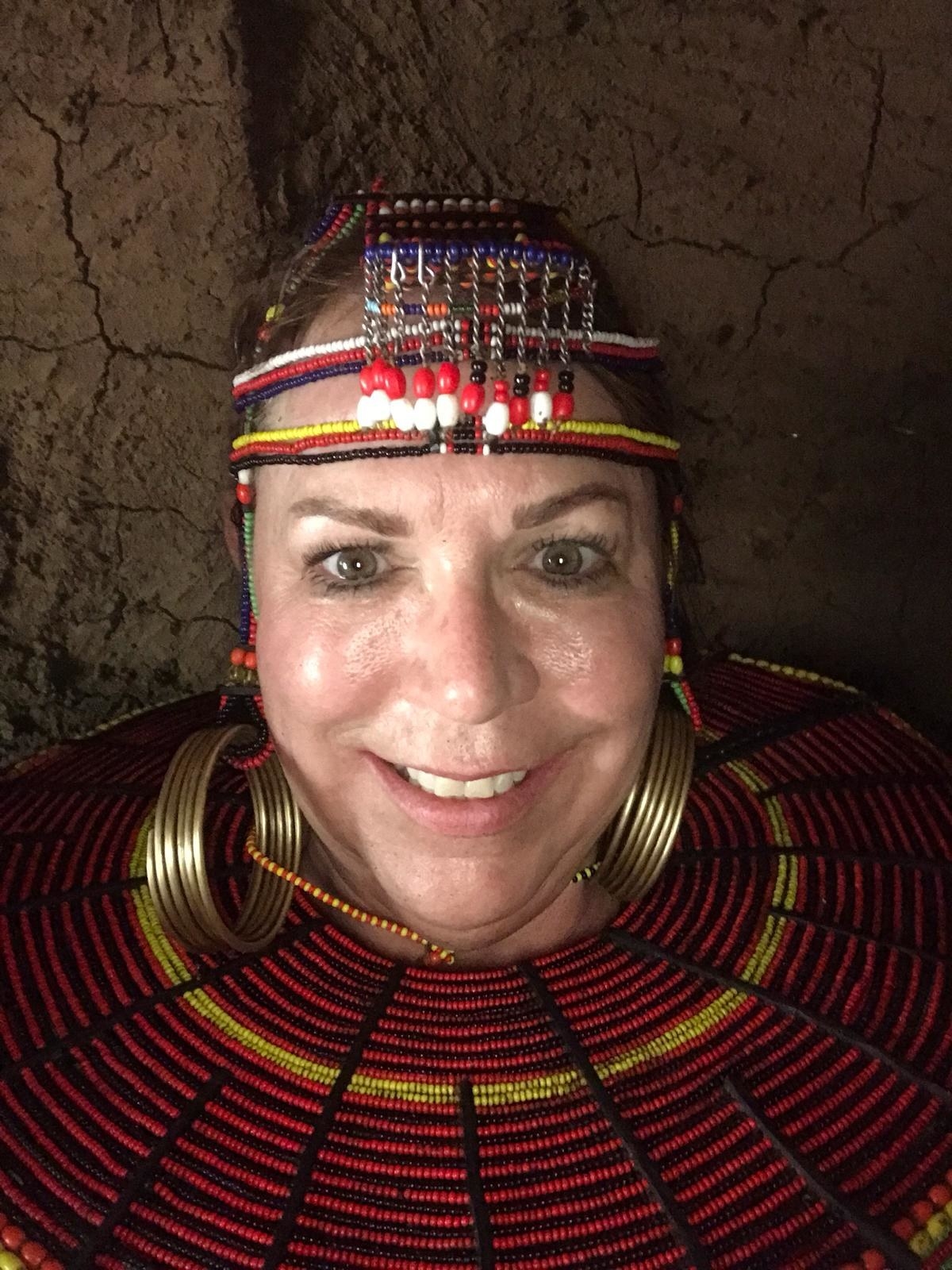 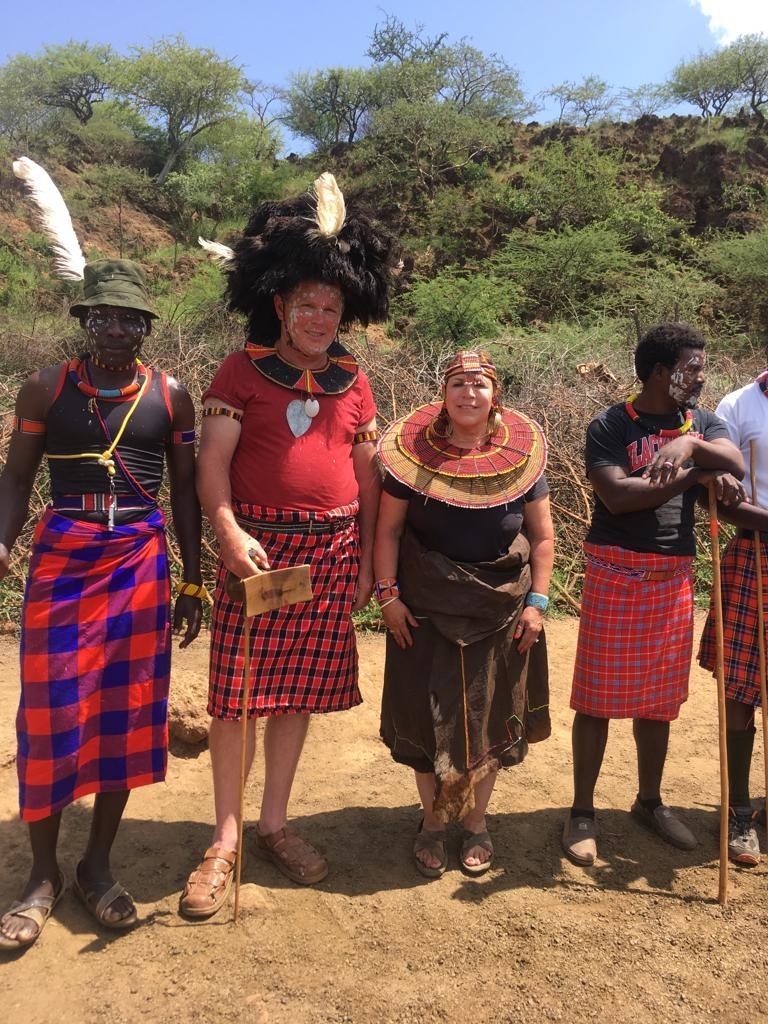 Estes said she had not received an apology from anyone, however.

She told BuzzFeed News that it had been an “incredible honor” to be adopted by a Pokot family after years of missionary work.

Estes and her husband Tony — both born and raised in Kentucky — were officially married in the US nearly two years ago, but Estes said that when her Pokot family heard that she had a husband, they insisted on re-marrying them in a traditional ceremony, so Tony traveled to Kenya so he could visit her Pokot family.

“It was so very sweet,” Estes said. “I’m lucky that Tony was such a good sport about the whole thing.”

In K24’s video of the wedding ceremony, Tony is sweating profusely as he smiles and waves in his traditional Pokot wrap, paired with a red T-shirt and a headdress.

“I’m glad to be here and a part of this. It’s been a blessing for me to be able to do this and be accepted by the…this…people,” he says. “I had to pay [the bride price of] a camel, some food and drink and some money.”

Over the years, Estes said she had become “quite well known” in East Pokot, where she said she is called “Mama Paka,” or “Mother of the Mountain.” She has also developed contacts within the local media, which, she said, was how local journalists came to be present at her Pokot wedding ceremony.

Anti-FGM campaigners were relieved to learn the story — which was being shared by anti-FGM networks on Twitter in shock and occasionally disbelief — as originally reported was false.

Ali, who lives in London and was born in Somaliland, underwent FGM at the age of seven. She said she was disappointed that Estes and her husband had agreed to pay a bride price as part of the traditional Pokot ceremony.

“Paying a dowry is common in parts of Kenyan culture but a Western woman taking part in something that reduces women down to objects to be exchanged [for a price] is unacceptable,” she told BuzzFeed News over email.

How Job Stress Can Age Us