Amanda Gorman Wanted To ‘Repurify’ The Capitol With Her Words

Amanda Gorman’s words were on fire, and so is her phone.

Even more than Bernie Sanders memes, the star of Inauguration Day was the 22-year-old National Youth Poet Laureate, who wowed the country with an impactful performance of her original work “The Hill We Climb.” Gorman’s poem was applauded by everyone from President Barack Obama to Lin-Manuel Miranda.

And on Thursday’s “The Late Late Show,” she explained that things haven’t been the same since.

“I don’t think I really can process it,” Gorman told host James Corden. “To kind of give you a metaphor for that, my phone is like on fire. It is so hot. It just gave up on itself like three hours ago. And for you to understand that, I was outside in the cold and my phone was that hot with the amount of support and just love that was coming for my words, and that was just incredible.” 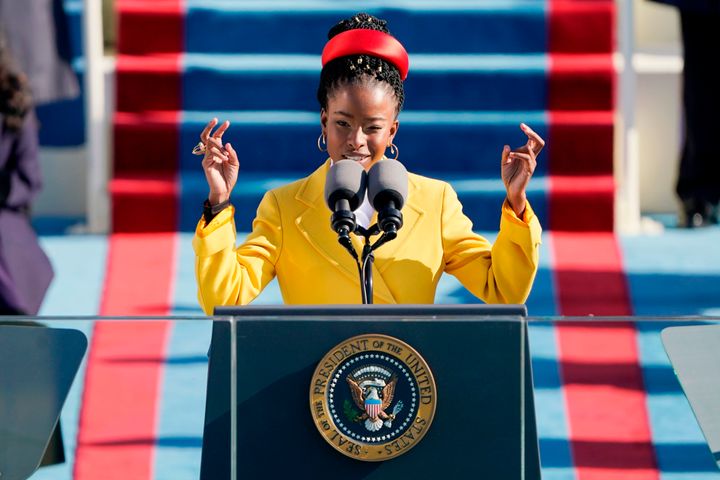 Gorman, the youngest inaugural poet, previously told NPR that the Jan. 6 insurrection at the U.S. Capitol helped inspire her words. And on Thursday, Corden asked what it was like reciting her work at the place where the pro-Trump extremists rioted.

Gorman explained she had been working on her poem long before the attack, but the news prompted her to lock herself in her apartment until she finished.

It wasn’t that she was surprised by the violence.

“I think we’ve seen the signs and the symptoms of this for a long time coming,” Gorman said.

But she recognized the importance of the moment.

“As I stood in this place, I was thinking, here is basically a chapel that has been violated,” Gorman said. “And the way in which we bring that sagacity, that type of sacredness back to this space is in our actions and in our words. And words is where I operate and where I can make magic happen. So it was more so my calling of using my hymn to try to kind of repurify that space.”

Check out the full segment below to see part of Gorman’s performance, learn how she became the inaugural poet and hear her explain what it’s like trying to keep your composure in front of Jennifer Lopez.