In the past few months, Kanye West, also known as Ye, has gone on multiple TV, radio and social media rants that have propagated hate speech. On Oct 9, for example, West wrote on Twitter that he was going to go “death con 3 on Jewish people,” Forbes reported. Though social media platforms have blocked the rapper from their sites, and brands such as Balenciaga have officially cut ties with him, there are still companies who have not responded to his hateful and offensive comments.

Among the brands who have not yet taken action against the star is Adidas, a longtime business partner of his. In response, the British NGO Campaign Against Antisemitism began an online petition asking the sportswear line to drop West. “We, the undersigned, call on Adidas to end its partnership with Ye, formerly known as Kanye West, due to his repeated antisemitic outbursts,” the petition description reads.

“By continuing to align itself with a public figure who has revealed himself to be a virulent antisemite, Adidas would be demonstrating that it does not care about racism against Jews,” it stated.

The description continued, recalling West’s previous statement where he said, per NPR, “The thing about me and Adidas is like, I can literally say anti-semitic s**t, and they can’t drop me. I can say anti-Semitic things, and Adidas can’t drop me. Now what? Now what?”

“Adidas must answer Ye’s question,” the petition demanded. “It must denounce antisemitism and end its partnership with Ye.” Since its creation, the petition has garnered over 95,000 signatures.

Speaking of making a statement, West’s ex-wife Kim Kardashian went to Twitter on Oct 24 to respond to West’s hateful remarks. “Hate speech is never OK or excusable,” the reality star wrote. “I stand together with the Jewish community and call on the terrible violence and hateful rhetoric towards them to come to an immediate end.” 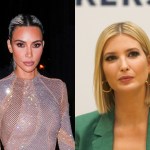 Before you go, click here to see celebrities who have run for office.