Home » Alix Dobkin, Who Sang Songs of Liberation, Dies at 80 Alix Dobkin, Who Sang Songs of Liberation, Dies at 80

Long before K.D. Lang transformed herself from a country artist into an androgyne pop idol and sex symbol, smoldering in a man’s suit on the cover of Vanity Fair being mock-shaved by the supermodel Cindy Crawford; long before Melissa Etheridge sold millions of copies of her 1993 album, “Yes I Am,” and in so doing came out as a gay rock star; and long before the singer-songwriter Jill Sobule’s “I Kissed a Girl” hit the Billboard charts, the folk singer Alix Dobkin chopped her hair off, formed a band and recorded “Lavender Jane Loves Women.”

Released in 1973, it was the first album recorded and distributed by women for women — arguably the first lesbian record. Ms. Dobkin started her own label, Women’s Wax Works, to do it.

Once a folk star playing Greenwich Village clubs with Bob Dylan and Buffy Sainte-Marie, Ms. Dobkin turned to writing songs like “The View From Gay Head” (“It’s a pleasure to be a lesbian/A lesbian in a no-man’s land”). Her lyrics sketched out a lesbian separatist utopia and also poked fun at its vernacular and customs, as she did in “Lesbian Code,” which contained lines like “Is she Lithuanian?,” “Is she Lebanese?” and “She’s a member of the church, of the club, of the committee/She sings in the choir.”

Her music was the soundtrack for many young women coming out in the 1970s and ’80s, a rite of passage spoofed by Alison Bechdel, the graphic memoirist, in her long-running comic strip, “Dykes to Watch Out For.” (A panel titled “Age 21” showed a young woman with cropped hair and pinwheel eyes, smoking a bong and reading Mary Daly’s “Gyn/Ecology,” another feminist touchstone, as the lyrics from Ms. Dobkin’s “The Woman in Your Life Is You” waft around her, a Lavender Jane album cover propped up in a corner.)

“I can’t tell you how cool it was as a young dyke to see those album covers,” said Lisa Vogel, founder of the Michigan Womyn’s Festival, otherwise known as Michfest, where Ms. Dobkin would perform for decades. “To see someone not trying to pass one bit.”

Ms. Dobkin died on May 19 at her home in Woodstock, N.Y., after suffering a brain aneurysm and a stroke. She was 80. Her former partner Liza Cowan announced the death.

She was a star of the women’s festivals that were an expression of the alternative economy lesbian feminists were building in the ’70s — a byproduct of second-wave feminism — with their own books, publishing companies, record labels and magazines. Michfest was the biggest, an entire city built from scratch each season in Oceana County, complete with health care clinics, crafts, workshops and food for thousands. It was a complete matriarchal society. No men were allowed.

When the festivals began in the mid-’70s, there were no safe spaces for lesbians, said Bonnie J. Morris, a historian and archivist of feminist music and the author of “Eden Built by Eves: The Culture of Women’s Music Festivals.” “You weren’t welcome to have a double bed in a hotel; there were no Disney Gay Days. Festivals were a way to get together, share information and recharge.”

It was backstage at a women’s festival in 1983 that Ms. Etheridge first met Ms. Dobkin. “She was in the tradition of the classic folk troubadour, changing the world through song and cleverness,” Ms. Etheridge said in an interview.

“She made an impact,” she added, “and she did it with humor. Until I heard Alix, I had no idea I would be an out lesbian performer; I just wanted to be a rock star.”

“When I told her I was thinking of recording an album, she said, ‘Oh, Melissa, there’s no radio station that’s going to play a lesbian.’ After ‘Yes I Am’ came out — and I came out — she said to me, ‘Damn it, you proved me wrong. I’m so grateful.’”

Alix Cecil Dobkin was born on Aug. 16, 1940, in New York City. She was named for an uncle, Cecil Alexander Kunstlich, a womanizing, drug-addicted ne’er-do-well who cleaned up his act and was killed in the Spanish Civil War. Her parents, Martha (Kunstlich) and William Dobkin, were, like many Jewish intellectuals of the time, Communist Party members and social activists. Alix grew up listening to the folk music of Pete Seeger, and Woody Guthrie, as well as the Red Army Chorus and Broadway show tunes, and singing at home with her parents. 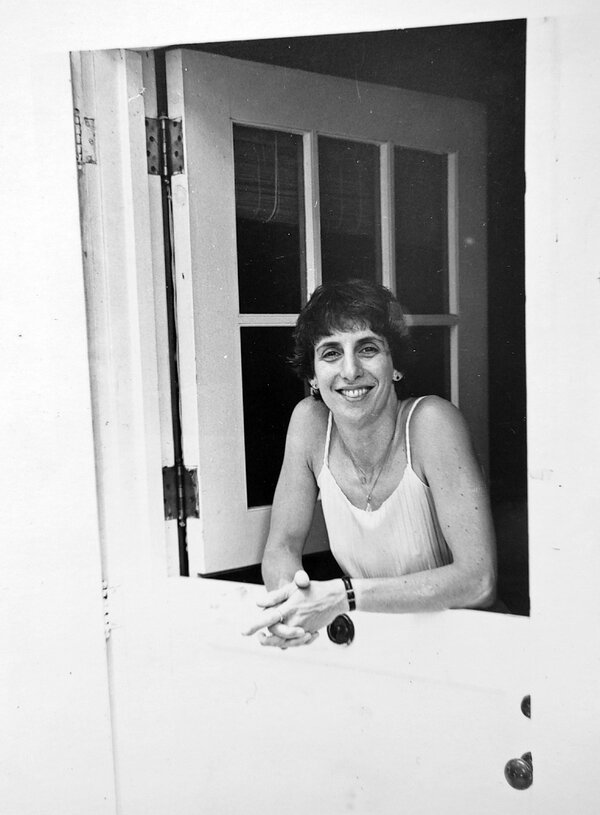 Alix was 16 when the F.B.I. began investigating her. She had joined the Communist Party that year, but her parents had become disillusioned and left; there were too many F.B.I. informants, her father told her later.

The F.B.I. followed Ms. Dobkin until she turned 30, noting in her file that she had become a housewife and mother. The file, which Ms. Dobkin retrieved in 1983 under the Freedom of Information Act, proved useful decades later, when she was writing her memoir, “My Red Blood” (2009). It recorded her many addresses and helpful dates, like that of her wedding in 1965, though it had the venue wrong.

Ms. Dobkin studied art at the Tyler School of Art and Architecture at Temple University in Philadelphia, earning a bachelor’s degree, with honors, in 1962. A fellow student and Communist Party member was also a booker at a local nightclub, and he began to manage her, often along with a young comic named Bill Cosby. He found the pair regular work at the Gaslight in Greenwich Village, where she met her future husband, Sam Hood, whose parents owned the place, as well as Mr. Dylan and other folk luminaries.

When Ms. Dobkin married Mr. Hood, her career as a performer took a back seat to his as a producer. They divorced amicably in 1971, when their daughter, Adrian, was a year old.

Like many women in that transitional time, Ms. Dobkin was frustrated by her role as a housewife and had joined a consciousness-raising group. When she heard Germaine Greer, the feminist author of “The Female Eunuch,” interviewed on the countercultural radio station WBAI, it was a revelation. She wrote to Ms. Cowan, a producer at the station who had conducted the interview. Ms. Cowan invited her on the program to perform, and the two women fell in love.

After they got together, Ms. Dobkin decided she wanted to make music for and by women only. Ms. Cowan would go on to found lesbian magazines like Dyke, A Quarterly. In the mid-’70s, the couple bought a 70-acre farm in rural Schoharie County, in central New York State — not an easy locale to plunk down a gay family.

“I remember being called a ‘hobo’ by the kids in school,” Adrian Hood said, “though they were trying to say ‘homo’. I craved a normal mom with long hair.”

Ms. Dobkin’s tour schedule slowed down a bit in the late ’90s, and when Ms. Hood had her own children, Ms. Dobkin took on a new role.

“She was a stay-at-home grandma by choice, which allowed me to work full time,” said Ms. Hood, who is dean of students and director of admissions at a day school in Woodstock. “That was a huge gift. She was able to express that everyday maternal attention that she missed with me.”

In addition to her daughter, Ms. Dobkin is survived by her brother, Carl; her sister, Julie Dobkin; and three grandchildren.

In 2015, a photograph of Ms. Dobkin taken by Ms. Cowan wearing a T-shirt that read “The Future Is Female” exploded on social media, thanks to an Instagram post by @h_e_r_s_t_o_r_y, an account that documents lesbian imagery. It brought the T-shirt, originally made in the 1970s by Labyris Books, the first feminist bookstore in New York City, back into production — and introduced Ms. Dobkin to a new generation of young women.

“I’ve prepared all my life for this job,” Ms. Dobkin told the crowd at a women’s music festival in 1997. “Because being a Jew and being a lesbian are very similar. That’s why I look so much alike. I have so much in common. It’s OK to be a Jew, it’s OK to be a lesbian — as long as you don’t mention it. And what we also have in common is that we were never supposed to survive.”

Kacey Musgraves and Selena Quintanilla Did 1 Similar Thing With Their Music, The Country Singer Said