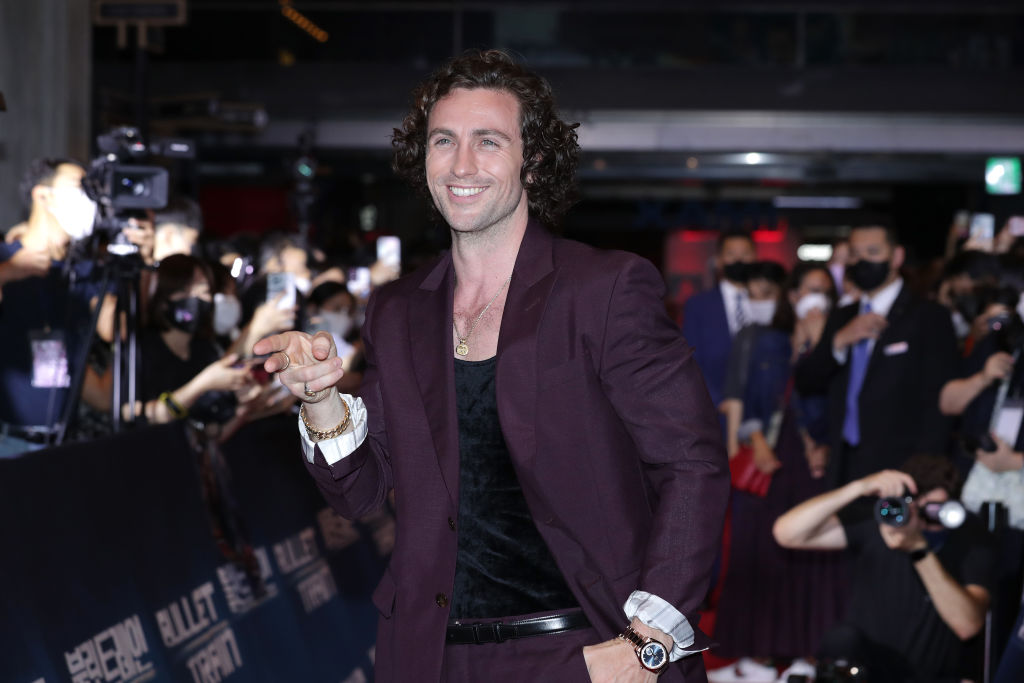 The current bookies’ favourite for the part, the 32-year-old was said to have impressed in a secret audition for producer Barbara Broccoli at Pinewood Studios in November.

As rumours spread of this alleged meeting, the Bullet Train actor has emerged as a front runner ahead of other names said to be in the mix including Henry Cavill, Bridgerton’s Regé-Jean Page, Tom Hardy, Granchester’s James Norton and Chiwetel Ejiofor.

It’s the hottest part in Hollywood following the most recent 007’s departure, Daniel Craig, who helmed the 007 productions in five movies from 2006’s Casino Royale until No Time To Die, released last year.

Reports suggest that producers Barbara Broccoli and Michael G. Wilson will be making a casting announcement in March, despite previously stating that the next film is still going to be ‘a couple of years off’.

Aaron is best known for making his debut back in 2008 comedy Angus, Thongs and Perfect Snogging, before charming critics once more in 2009’s Nowhere Boy as a take on John Lennon.

and has since added an impressive list of films to his resumé including Kick-Ass, Captain America: The Winter Soldier, Outlaw King and Tenet.

A movie source told The Sun: ‘Aaron has impressed bosses so much that he has filmed one of the franchise’s famous gun barrel teaser scenes, something all the Bond actors do. That move takes him a step closer to signing a deal.’

‘Bosses at the brand were really impressed with his unique blend of acting intensity and his impressive back catalogue of action films.’

The dad-of-two is married to 55-year-old Fifty Shades of Grey director, Sam Taylor-Johnson, whom he met on the set of Nowhere Boy.

Idris Elba reportedly came closest to becoming the next 007 but walked away from the franchise after ‘years of talks’, while Henry Cavill recently revealed that he came within touching distance of the role last time around but ‘wasn’t ready’.

Luke Evans has also played it coy over his suggested casting as the next 007, while Fifty Shades and The Fall star Jamie Dornan has said there’s an ‘inevitability’ about being in the mix if you’re an actor of a certain age ‘who’s had a good year’.