Home » Entertainment » A Podcast Playlist for the Fourth of July A Podcast Playlist for the Fourth of July

For the Fourth of July, it’s all about preparation to maximize your holiday enjoyment. Did you clean the grill grate? More important, have you chosen what to listen to during your ride out of town or to the fireworks show?

To sonically enhance the holiday, here’s a roundup of summer-themed podcast episodes. Listen to our playlist for a curated experience or pick an episode that captures your fancy and then binge away.

[Read a beginner’s guide to getting into podcasts.]

‘Jamestown: Utopia for Whom’

In 1607, the first British colony was established in what became the United States of America, not by pilgrims fleeing religious persecution or an absolute monarch’s decree, but by investors of the Virginia Company. What was supposed to be a capitalist utopia became a thieving, ruthless and cannibalistic failed experiment. This new series from the home design website Curbed is by the reliably excellent producer Avery Trufelman — creator of the “Articles of Interest” season of “99% Invisible” — and explores how the Disneyfied “Pocahontas” story of Jamestown is just a comforting lie about America’s founding failure.

The food we consume as classic American barbecue has its roots in an entirely different continent. The culinary historian Michael W. Twitty, author of “The Cooking Gene” and recipient of the James Beard Book of the Year Award, traces the roots of classic dishes like stewed beans, slow-roasted meats and simmered greens back to Africa via the slave trade. In this piece of original reporting from food podcast “The Sporkful,” Twitty re-enacts the labor of the rarely credited enslaved plantation cooks who originated America’s modern barbecue menu.

Adam Conover, the former College Humor performer who made a name and a TV show for himself by ruining everything you thought you knew, has brought his talent for poking holes into commonly held misconceptions to the podiverse. In his first episode of the series, he dives into the history of the U.S. Constitution and argues that we’re silly to revere this ancient scroll. Conover talks with Adam Winkler, a constitutional law professor at the University of California, Los Angeles, about the secret history of the Second Amendment and corporations’ civil rights.

‘The Shrink Next Door’

‘Welcome to the Neighborhood’

Consider this the trendy suspenseful beach read of the season, but for your ears. One summer, the journalist Joe Nocera’s neighbor in the Hamptons suddenly disappears. It turned out the man whom Joe thought was the groundskeeper for the house next door is actually the rightful owner of the property. So why was he letting his psychiatrist live in the master bedroom of his mansion? The twists and turns of this true story make it a bingeable treat.

The humorist and science journalist Alie Ward interviews a different professional “-ologist” about his or her obsessions in each episode of “Ologies.” In this interview with Dr. Neeta Pardanani Connally, an acarologist, Ward gets the answers you’ve been web searching for about the tiny bloodthirsty terror of the summer, ticks. Follow up this episode with the “Disease Ecology” episode with Dr. Andrea Swei for an even deeper understanding of Lyme disease, its carriers and its treatments. These interviews will debunk the myths and dole out tips on how to keep yourself safe from these hard-to-see creatures.

After graduation, high school seniors who overcame daunting obstacles to achieve college acceptance letters should be enjoying their success and preparing for the next educational steppingstone. Yet upward of 20 percent of such students won’t show up on campus in the fall. Why are these promising students, many of them low-income or the first in their family to be accepted into college, tripping right at the finish line? This episode of “Hidden Brain,” a podcast that seeks to reveal the unconscious patterns that drive human behavior, looks into the phenomena called “Summer Melt,” and the tech innovations that are helping solve it. If you like this podcast’s approach to science and storytelling, you could also try the episode “A Founding Contradiction” for some patriotic cognitive dissonance about doing as the founding fathers said and not as they did.

This podcast is all about remembering the best summers of ex-campers' lives. There have been episodes on Jesus Camp, Space Camp and even one with Joey Green, the “Lost Boy” camper who got a makeover on the most recent season of “Queer Eye.” The “Camp Food!” episode features Julie Horowitz, the owner of Duck’s Eatery and Harry & Ida’s, who gets into the great and gross gastronomy of her summer camp experiences. Cue the bugle horn.

Hosted by Deborah Goldstein and a sound effects-generating robot, this kid-centric game show pits a new youngster each week against two know-it-all grown-ups. To win the game, the third grade contestant must determine which of the adults is a genuine ice cream expert and which one is a pretender. Part media literacy program, part “Kids Say the Darndest Things,” this show is like “Wait, Wait … Don’t Tell Me!” with children in the driver’s seat.

‘Chioke, A Grain of Sand’

In the improvised podcast “Everything Is Alive,” inanimate objects give interviews about themselves, voiced by comedians like Maeve Higgins (“Lamppost”), Louis Kornfeld (“Can of Cola”) and Peter Grosz (“Subway Seat”). The interview with Chioke, a grain of sand who currently lives in an aquarium, looks into his nitty-gritty life. Chioke, voiced by Chioke I’Anson, describes his past as a boulder (pre-erosion), marvels at how humans at the beach are always surprised that sand is everywhere, and explains that white sand is, in fact, parrotfish poop. 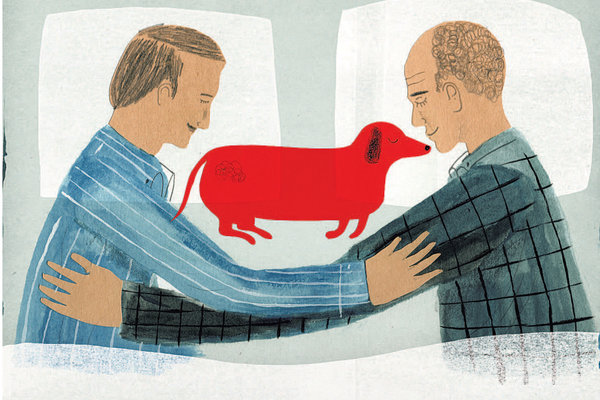 BBC bosses hand 1,100 staff a total of £7.7million in pay rises as OAPs are stripped of their free TV licence – The Sun
Recent Posts

Five New Women Join ‘The Bachelor’ on Monday – Meet Them All Here!
01/22/2021
Categories
We and our partners use cookies on this site to improve our service, perform analytics, personalize advertising, measure advertising performance, and remember website preferences.Ok