2021 Will be the Year When Design Becomes Fun Again

Though 2020 changed many things — some for better and some for worse — one of the most profound shifts has been in how we view our homes. Over the course of the past year, as lockdown measures forced most of us to work from home following the spread of COVID-19, we have begun to take a new interest in the space around us.

Last year, a broad spectrum of furniture and design companies saw financial boosts, as people turned their attention towards their homes. Yahoo reported on Wayfair’s impressive performance in terms of profit and customer numbers, which the Boston-based company’s CEO and co-founder Niraj Shah attributed to customers who “reprioritize their spending on where and how they live and away from other experiences like travel, entertainment, and dining.” Equally, IKEA also saw an increase in demand, announcing 50 new store openings around the world, in part due to rising interest during lockdown.

It is not only industry heavyweights like Wayfair and IKEA noticing this new market force, as independent retailers and designers also saw audiences grow and tastes shift over the last year. “We are spending more time at home than ever before,” says Ying Suen, co-founder of London-based fashion and design retailer APOC Store, which launched this year. “Wherever we can we need to be creating stimulating environments for ourselves.”

“You should be surrounded by design and the things you love, to create an idyllic space for yourself to escape to.”

As people looked for more fulfillment from their own spaces, they began, too, to embrace a new spirit of fun and playfulness in design. For Suen, this is a rejection of what has come before: in particular, the prevalence of minimalism as the dominant aesthetic and particularly mid-century modernism, which has spread from Mad Men to almost every major retailer. “We live in a world that has idealized perfection and purpose: everything we do has to be done well, and there has to be a reason for it,” she says. “This is a tremendous amount of pressure we have put on ourselves and you see the ramifications of this in our society, which is making us question our way of life.”.

“Minimalism is clean lines, monochrome, simplicity and function,” she adds. “There are no straight lines in nature and I think for so long we have been forcing ourselves into a system that we are starting to see no longer serves us or our future. We are looking for something new and straight lines and minimal designs represent the past.”1 of 5 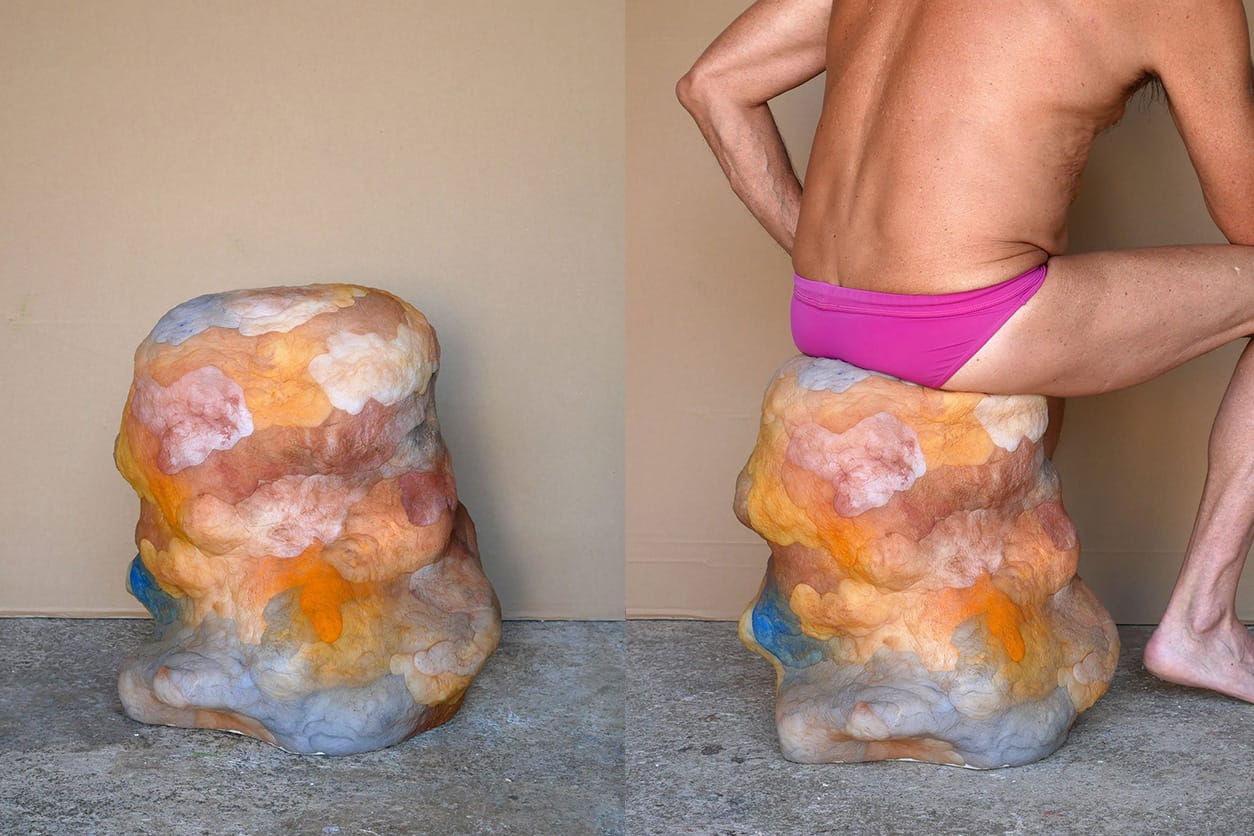 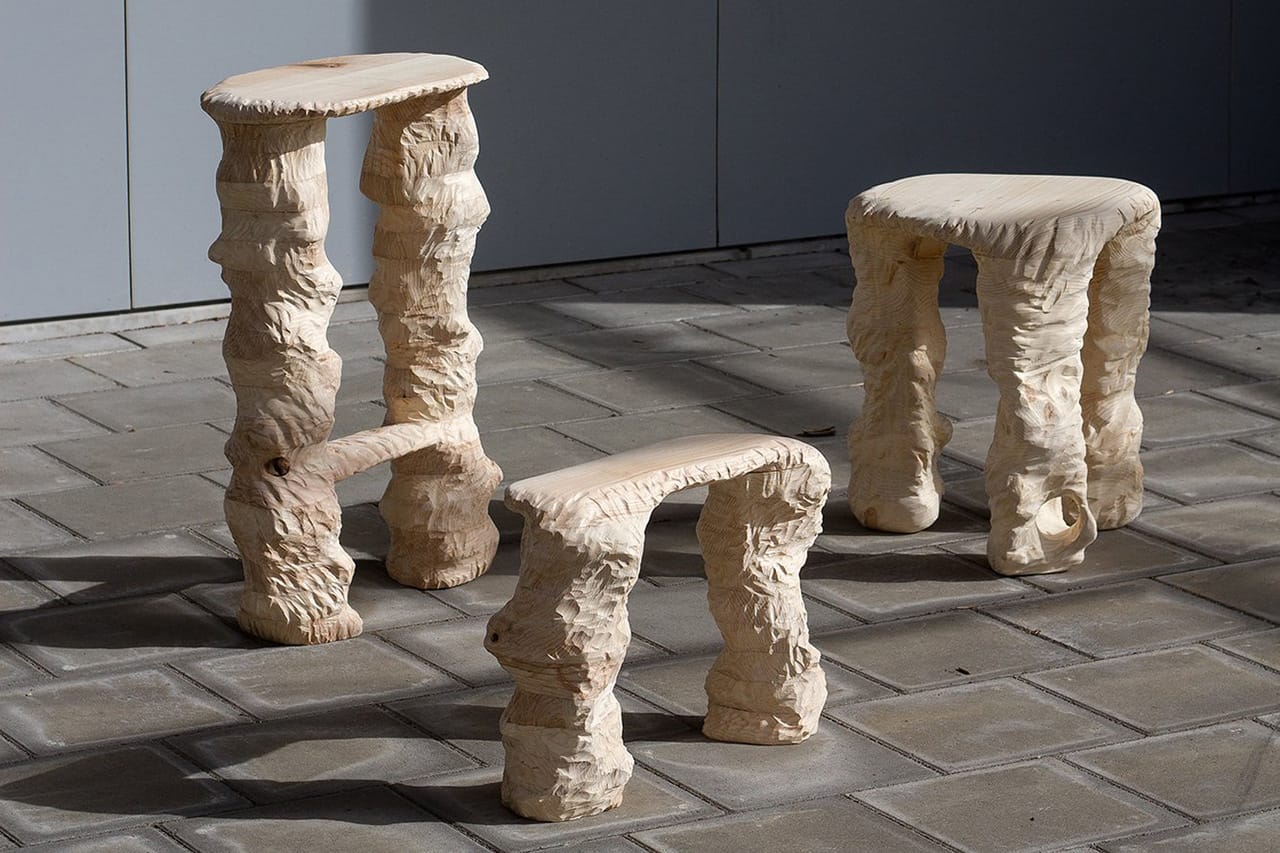 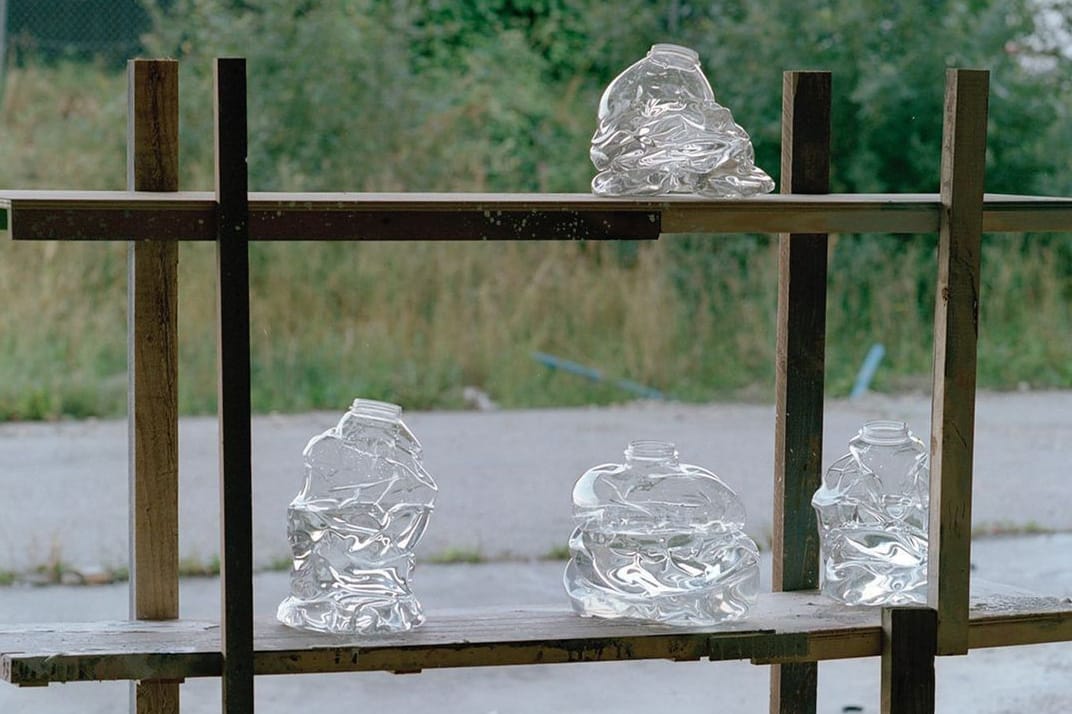 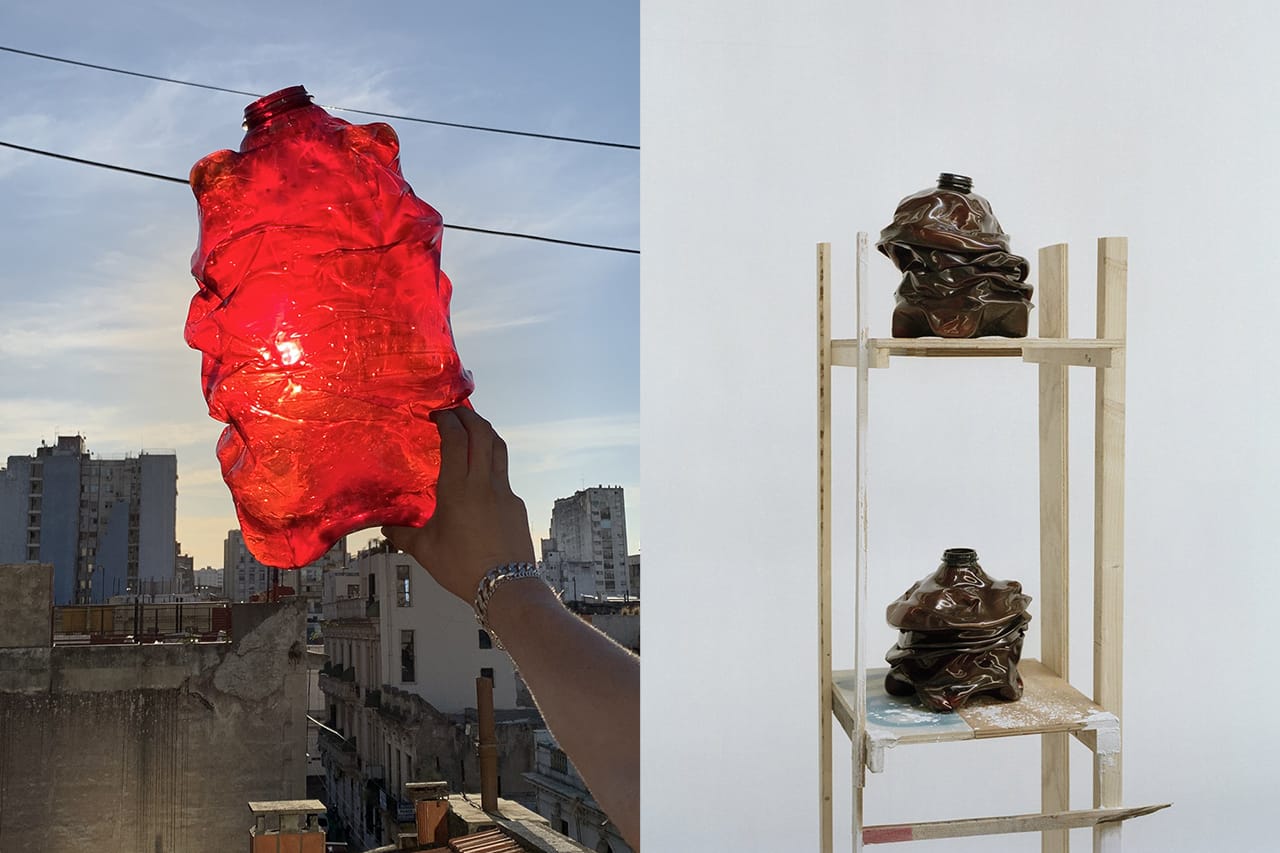 This new aesthetic has been appearing on moodboards and Instagram pages throughout the last year, and has been described by Vice as “wiggly lines and freeform blobs.” Items that have defined this new approach range from new designers to old classics, including Michel Ducaroy’s Togo Sofa for Ligne Roset and Ettorre Sottsass’ UltraFragola Mirror, which have been hard to escape in their current ubiquity. APOC Store itself stocks a number of designers who embody this aesthetic through its Art section, which includes colorful “Blob” pots and fruit bowls by James Shaw, “Impractical” furniture from Ying Chang and “Lava” vases by BVAR.

Another designer who has worked with APOC Store is Kusheda Mensah, founder of Modular by Mensah. Mensah uses her designs to “create spaces that encourage people to be interactive with each other,” making items that allow for conversation and connection, which she sees as particularly needed this year. “More than ever, your living space has become more important, it is somewhere you can escape to but now it can also be somewhere you exist for weeks on end,” Mensah says. “You should be surrounded by design and the things you love, to create an idyllic space for yourself to escape to.”

“I think it’s a natural response to seek joy, to express pain, to find a reason to fight and have fun in the midst of hardship.”

Using design to build relationships is central to Mensah’s work, and it brings with it new meaning in the era of social distancing and isolation. “I think creating a connection, however you do it, is important,” she adds. “Now that we cannot see the people we love face to face, technology can only go so far. We need physical contact and creating safe spaces in this abstract way with furniture is important.”

Mensah is far from the only designer using furniture to build comforting worlds. Eny Lee Parker is a New York-based furniture designer who creates items including boucle-covered stools, mirrors surrounded by pebbles and large ceramic lamps. “I find it important to create pieces of furniture that can resemble our own forms and characteristics,” Parker explains. “I believe it is subconsciously comforting to be surrounded with things that can be warm, textural, curvy and imperfect.” For Parker, imperfection partly comes through hand-making all of the items, “they often have dimples, a scratch, human touch. It’s nice to embrace those details.”1 of 5 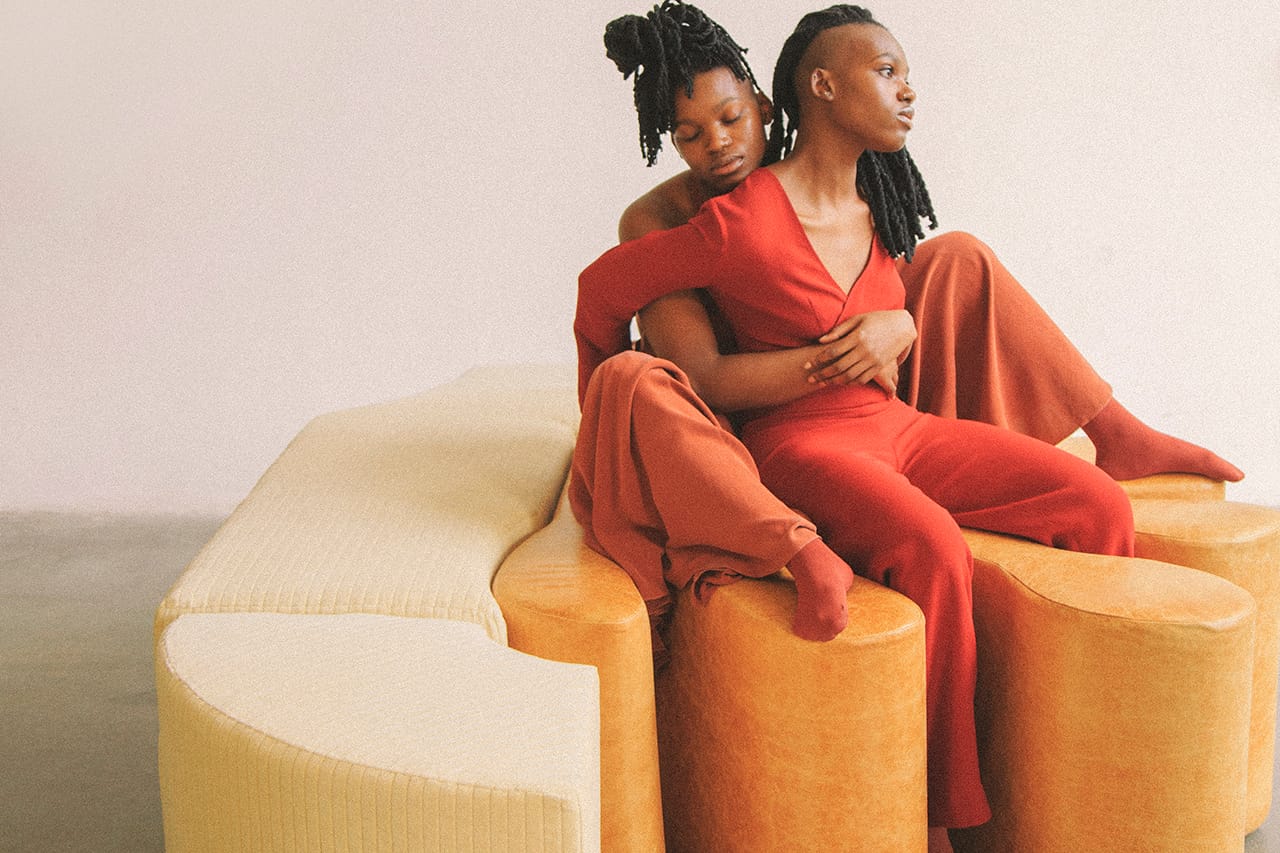 Modular by Mensah2 of 5 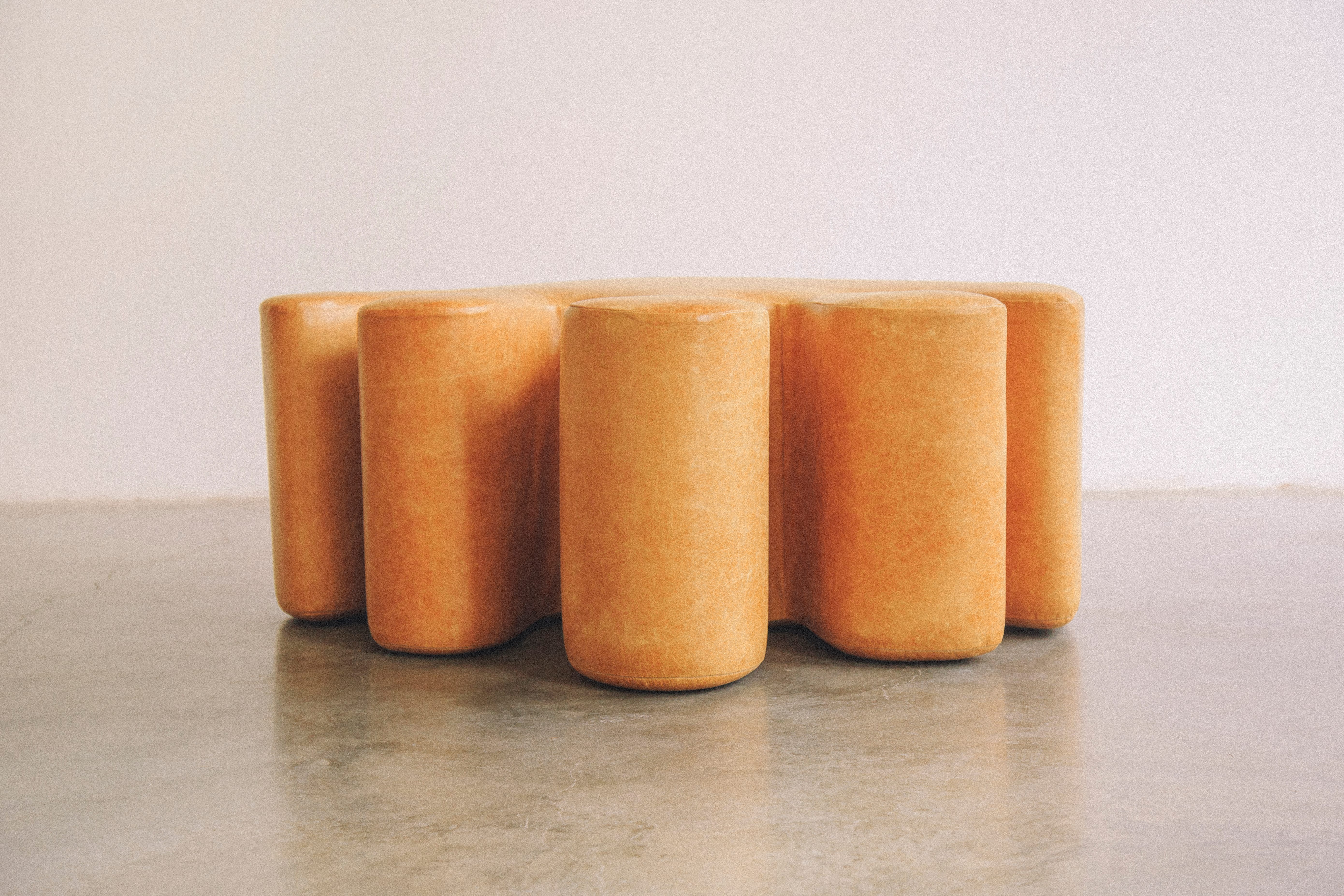 Modular by Mensah3 of 5 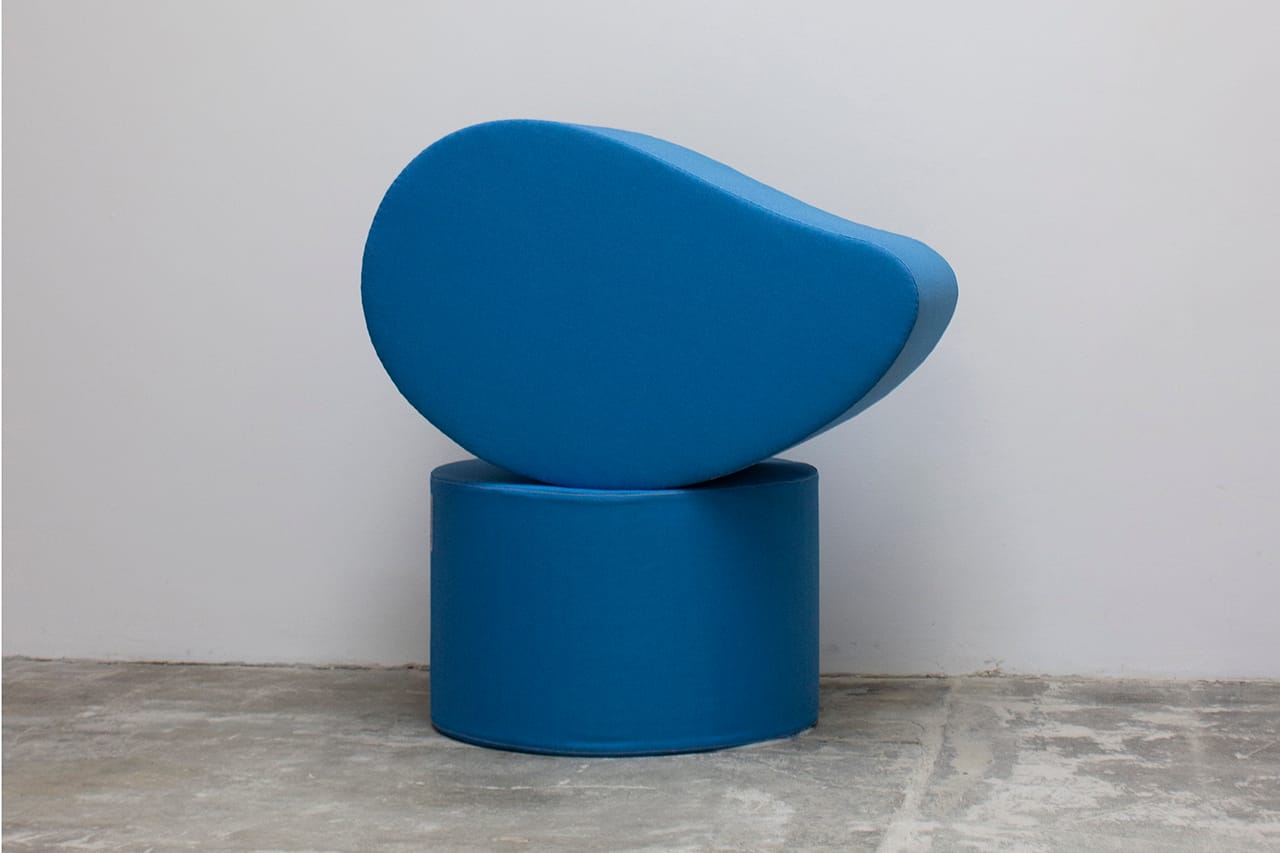 Modular by Mensah4 of 5 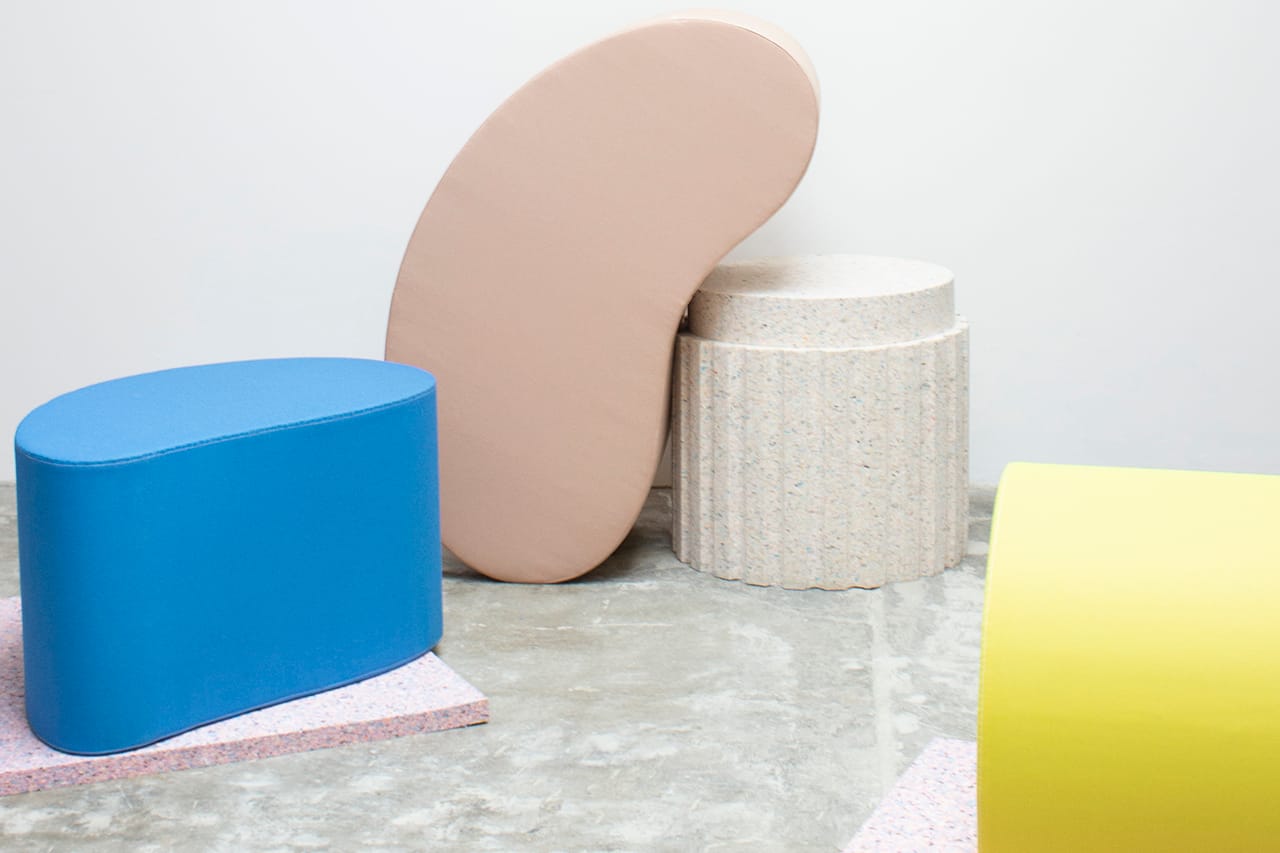 Modular by Mensah5 of 5 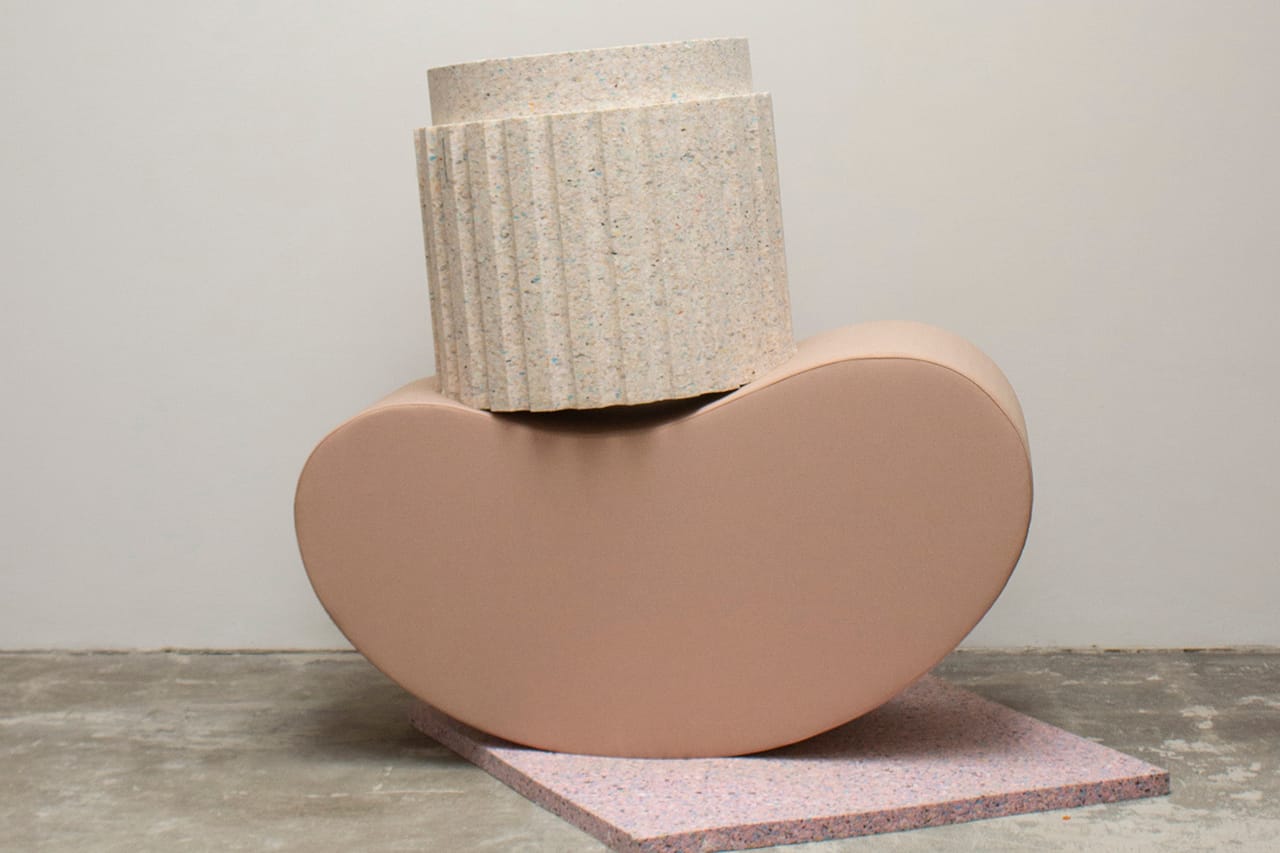 Parker attributes the sense of fun in her designs to her outlook, and not taking things too seriously, while also adding that the wider embrace of playfulness in design is to be expected after the past year. “The world has obviously been pretty dark lately, and artists and designers are out there to make us question things, see different perspectives and beauty,” she adds. “I think it’s a natural response to seek joy, to express pain, to find a reason to fight and have fun in the midst of hardship.”

Like Parker, Ryan Preciado believes that people are turning to more lighthearted designsin response to events of the past year. “In the times we are in right now, people want to be surrounded by things that make them feel good,” he says. “Whatever that may be.” Preciado, who didn’t go to design school and wasn’t classically trained, takes inspiration from things he sees and his memories of childhood.

“I think that having ‘taste’ is often coded. What I want to do is completely trash those notions.”

These inspirations come together to create something both playful and nostalgic, with a mix of textures and colors (he’s big into Mercedes Mango Green at the moment) used on his softly-curving sofas finished in Kvadrat textile and his tall “Nipomo” lamps. “I’d like to think it comes from not taking it too seriously, mixed with not thinking too hard about an idea” he says. “It’s important for me to complete an idea, from start to finish. If I were to overthink everything I’d probably go insane and get nothing done.”

In some instances, breaking away from the dominance of minimalism and mid-century has also made furniture more accessible – at least, from an aesthetic standpoint, if not a financial one. By championing alternative styles, this new wave of designers and sellers are allowing a greater diversity of tastes to flourish. Jenna Fletcher, who founded the London-based online retailer Oswalde in 2020, is keen to increase aesthetic accessibility through the furniture she sells. “It’s referring to this unspoken language of ‘good taste’ or even having ‘taste,’” she explains. “I find those ideas very archaic, classist, and Eurocentric. I think that having ‘taste’ is often coded. What I want to do is completely trash those notions.”1 of 4 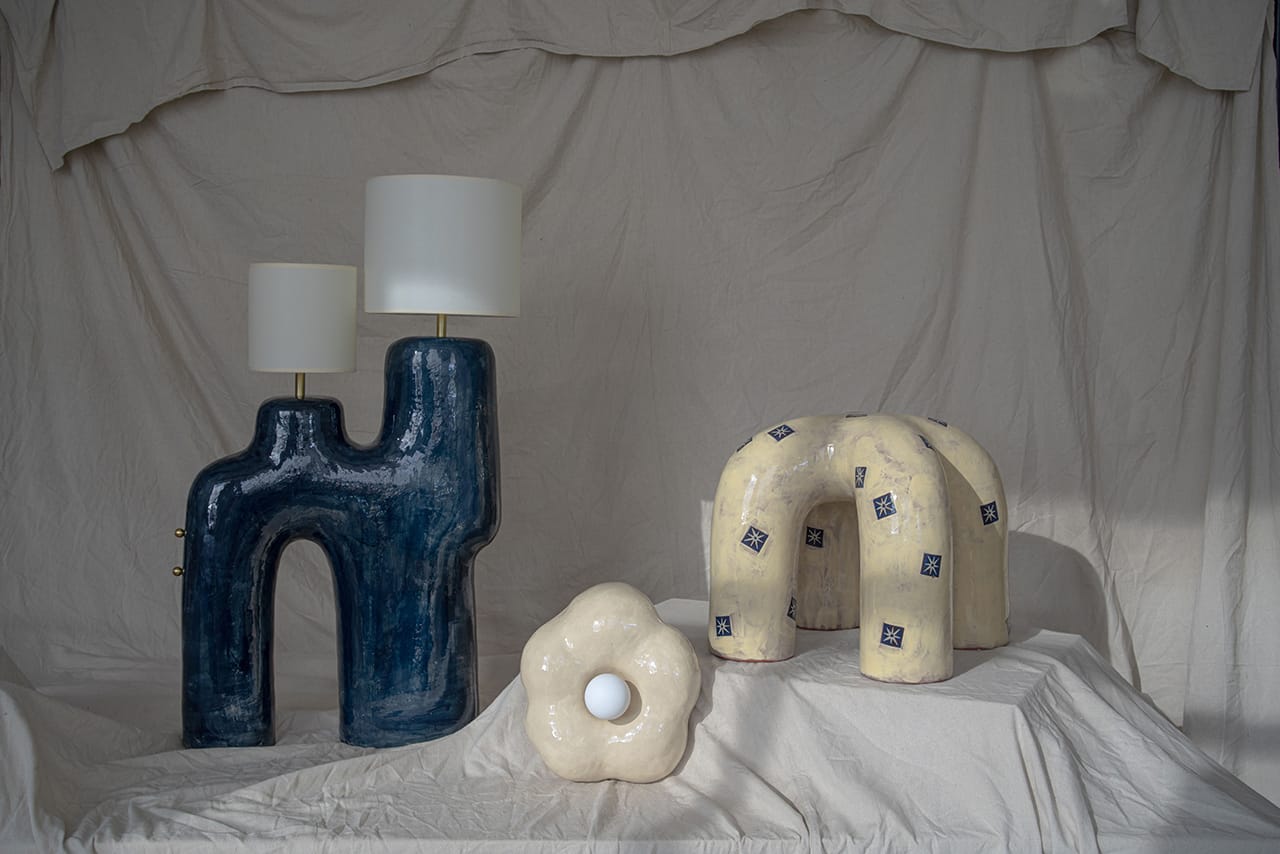 Discussing her decision to set up Oswalde earlier this year, Fletcher points to the opposite ends of the prevailing furniture culture. “I want to disturb the culture of snotty antique sellers and of shopping at IKEA for throwaway furniture,” she adds. “I want people who look like me to be able to buy and live with pieces and eventually pass them on in the way you can’t pass on a flatpack bookshelf. Not everyone has family heirlooms — some of us are displaced from our ancestral roots, so I want people to buy from Oswalde both for their homes now and for their future descendants.”

Contrasting against traditional visions of the furniture industry is key to what Oswalde stands for, and is seen in the products sold. “I try and have a lot of non-committal pieces in stock, smaller bits that will bring you joy without being super expensive or imposing on your space like an enormous dining table might,” Fletcher adds. “That joy is important for how we operate: Oswalde doesn’t take itself too seriously. It was important for me to go against the stereotype of the old school, elitist image of the antiques world.”

“This year, in particular, we are questioning norms and traditional structures in the hopes that it at least offers a sense of liberation.”

The realities of the past year — whether it’s having to spend more time at home, or being more anxious about COVID-19 — have clearly reshaped our houses and our interiors. People are now, more than ever, desperate to express and inspire themselves through their interiors, rather than follow a trend. “The more time we’re spending at home due to COVID and quarantine, the more people feel the need to express themselves through design,” say Jared Blake and Ed Be, co-founders of the New York-based furniture store and label Lichen. And for the duo, there are likely to be other changes ahead. “Modularity in design is a key component to the next chapter of furniture,” they add. “People want furniture they can customize, that moves and changes with them.”

As Blake and Be attest, modularity resonates due to the functionality that it gives people. By being customizable and movable, these items can stand the test of time, as their owners’ lives change. It’s also something important to Oswalde. “Most of our pieces are either on wheels or foldable and stackable,” says Fletcher, “which speaks to the functionality we need in our lives today.”1 of 3 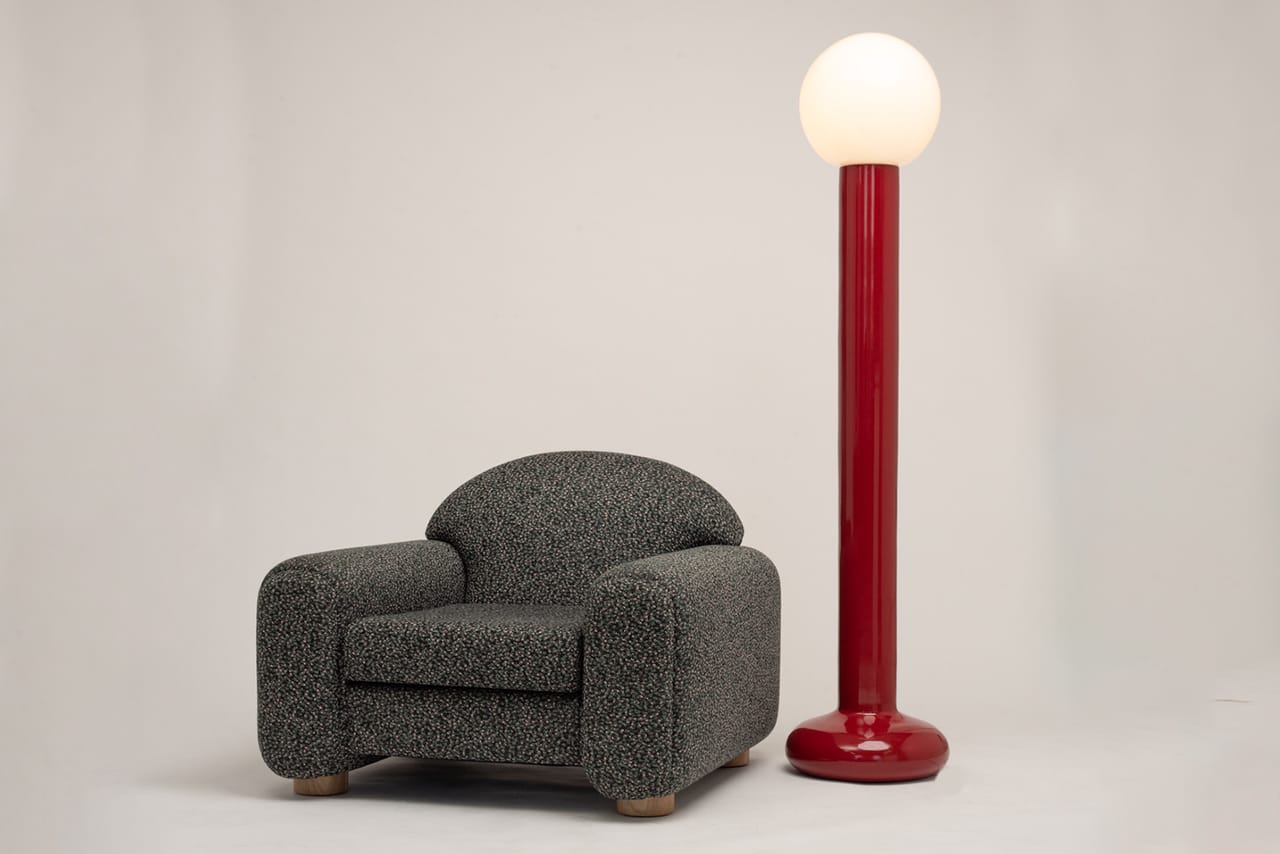 As we look back on almost 12 months of lockdown measures across the world, the impact is being felt in how we design our spaces. On one level, this comes from how we are considering our lived environment after spending so much time at home, but on another it is giving us a chance to break away from dominant “tastes” and norms. “Art is a reflection of society at a given time,” adds APOC’s Ying Suen. “For our generation, this year, in particular, we are questioning norms and traditional structures in the hopes that it at least offers a sense of liberation.” With playful designs challenging straight lines and minimalism to be the dominant aesthetic, it is allowing people to truly express themselves through designs they respond to, rather than what they think they ought to like. Wouldn’t that be a positive shift this year?
Source: Read Full Article