To say that the British royal family experienced change in 2020 is putting things mildly.

The royals faced seismic shifts and shake-ups, drawing parallels to the queen’s challenging “annus horriblis” in 1992, a year in which three royal marriages ended, a fire destroyed parts of Windsor Castle, and royal scandal abounded.

Seeing as the coronavirus pandemic transformed 2020 into a year of grief and hardship, it’s hard to remember that Harry and Meghan’s step back as working members of the royal family was less than 12 months ago. 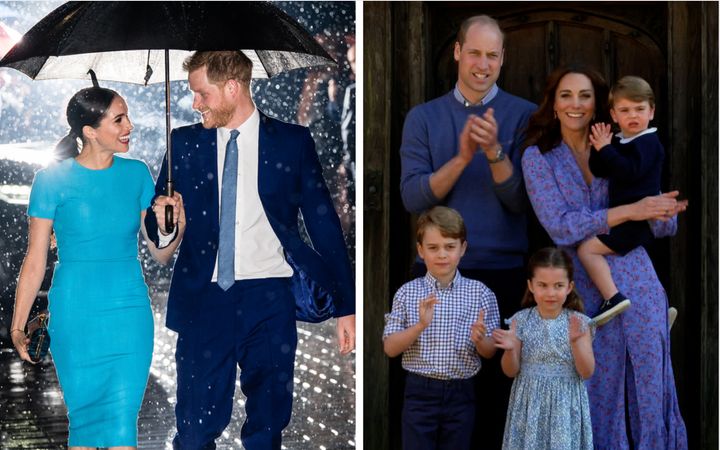 There were some lowlights for the royals in 2020: Princes Charles’ and William’s coronavirus diagnoses, more details about William and Harry’s reported feud, and disheartening revelations from privacy lawsuits filed by Meghan Markle.

The royal family also continued its pattern of seemingly excusing Prince Andrew for his involvement with the billionaire sex offender Jeffrey Epstein.

But throughout the tough year, there were also highlights ― like Queen Elizabeth’s historic coronavirus speech, the Sussexes settling into California and starting their new foundation, the success of Kate Middleton’s “Hold Still” project and Princess Beatrice’s surprise nuptials.

There were also some moments that seemed to make the world stand still, like when the Duchess of Sussex spoke about experiencing pregnancy loss and people across the world collectively mourned with her.

It was a year of hope, despair, change, calls for justice, endless Zoom meetings, concern for health and for family, praise for essential workers and so much more — for the royals, and for all of us.

Relieve and reexperience the royal family’s momentous year below.

1. Prince Harry and Meghan Markle announce their step back 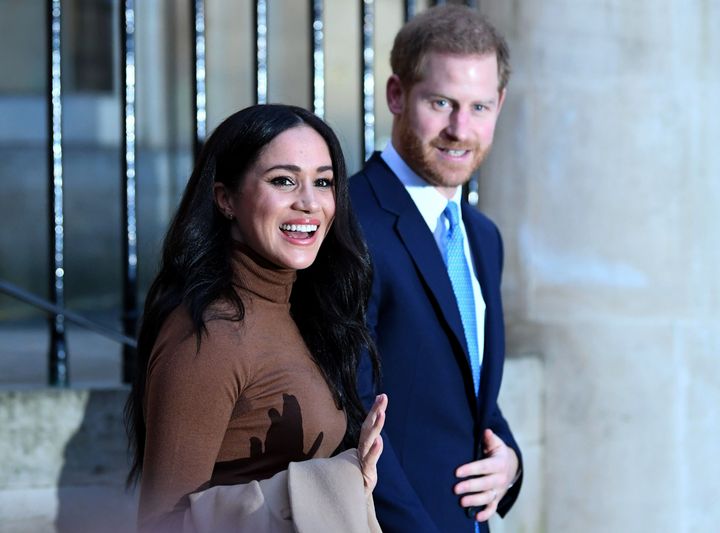 Prince Harry and Meghan Markle dropped a bombshell on Jan. 8, 2020, a day that will live in royal infamy. The Duke and Duchess of Sussex announced that they would be stepping back as senior members of the royal family to pursue financial independence and relocate to North America.

The announcement led to negotiations within the royal family and, eventually, a plan for the royal couple going forward.

2. A Cambridge vs. Sussex showdown to remember 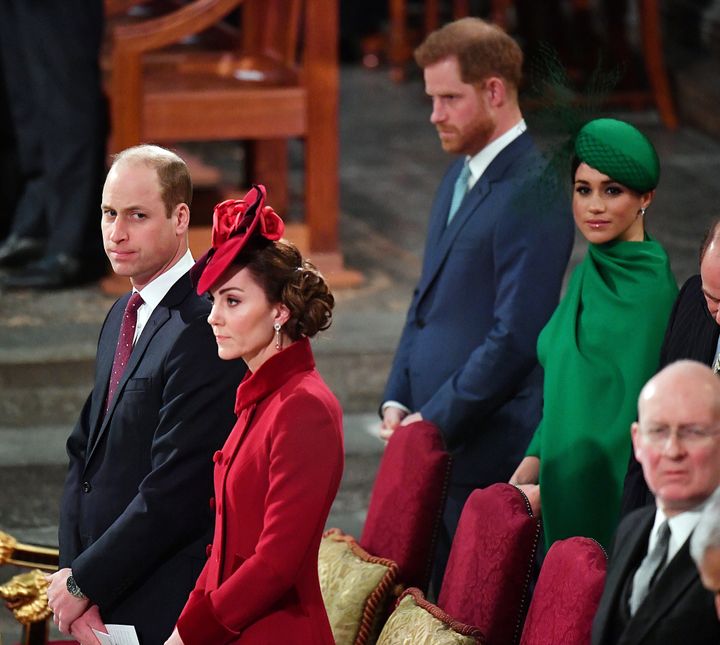 After the Duke and Duchess of Sussex announced their plans, they carried out their last series of official engagements in early March. As rumors of tension between Prince William and Prince Harry swirled, the brothers and their wives publicly reunited at the annual Commonwealth Service at Westminster Abbey.

The reunion was highly anticipated, as Meghan and Harry hadn’t been publicly photographed with the royal family in some time, due to their North American sabbatical in 2019. Royal watchers got more than they expected, as the Cambridges appeared to not even acknowledge Harry and Meghan during the awkward engagement. The Duke and Duchess of Cambridge seemed to only speak to Prince Edward and Sophie, Countess of Wessex, though they were sitting right next to the Sussexes. 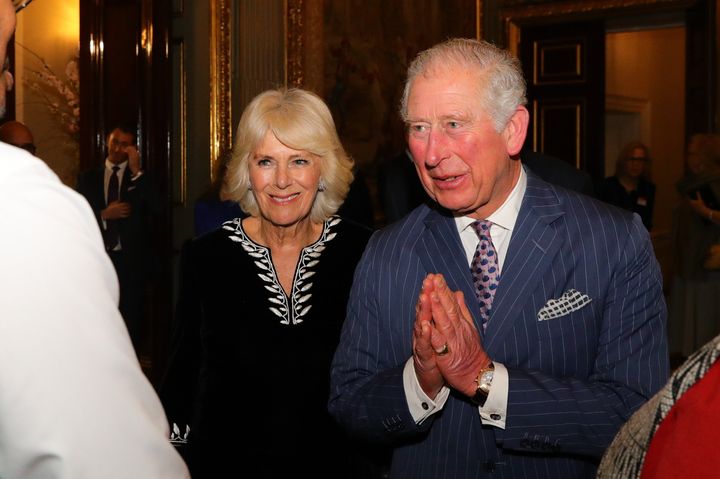 As news (and fear) about the coronavirus pandemic began to spread, Prince Charles, heir to the British throne, tested positive for COVID-19 in March. A spokesperson for the prince said that he was only displaying mild symptoms at the time and the royal recovered quickly.

On April 5, Queen Elizabeth addressed the nation for reportedly only the fifth time in her reign, besides her annual Christmas address, to thank frontline workers, lift the public’s spirits and provide a sense of calm as the pandemic raged on. 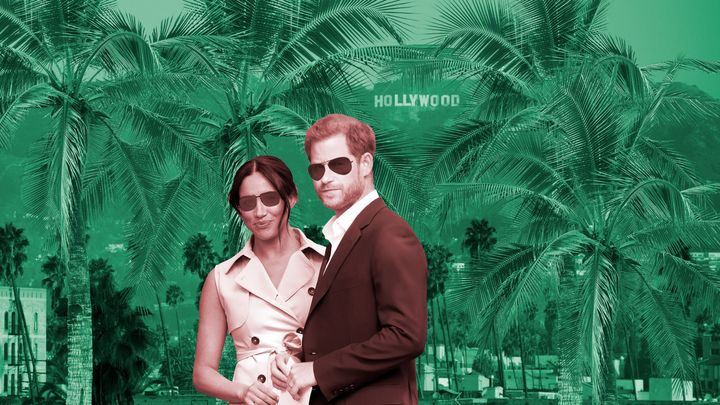 After weeks of speculation, Harry and Meghan moved from Vancouver Island to Los Angeles (Meghan’s hometown) in March, just before the borders closed between Canada and the United States due to COVID-19.

The royals stayed at one of Tyler Perry’s residences, before later relocating to their current home in Montecito, in Santa Barbara County.

In May, Kensington Palace issued a scathing rebuttal of a Tatler magazine cover story about Kate Middleton that included anonymous sources denouncing Harry and Meghan’s departure and giving insight into the rumored rift between the Cambridges and Sussexes.

Many questioned the palace’s readiness to condemn the article, despite its frequent silence in the face of racist and sexist press coverage of the Duchess of Sussex over the years.

In June, the Duchess of Sussex won praise for speaking about the police killing of George Floyd during a virtual graduation speech for her alma mater in Los Angeles.

Both Meghan and Harry continued to highlight the Black Lives Matter movement and racial justice causes throughout the year.

After lots of rescheduling and multiple delays, Princess Beatrice married Edoardo Mapelli Mozzi in a small, private ceremony in Windsor in July.

Queen Elizabeth, Prince Philip and other family members attended, but notably, Beatrice’s father, Prince Andrew, wasn’t included in the wedding photos that were released to the public. 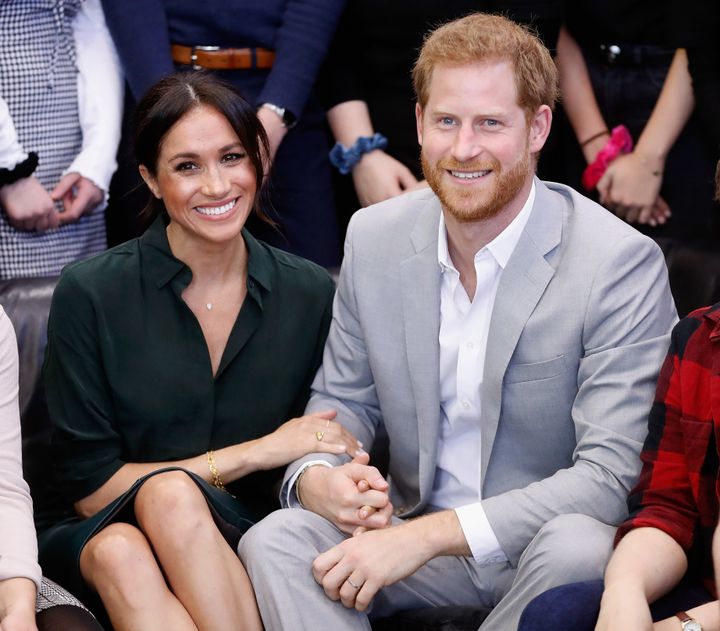 The Duke and Duchess of Sussex made good on their intentions to become financially independent, as news that the couple agreed to a megawatt deal with Netflix broke in early September. The royals said that the deal, rumored to have closed at over $100 million, would focus on “creating content that informs but also gives hope.”

But taking over TV screens wasn’t enough for the Sussexes, who announced in December that they’d be coming to the heir-waves, too, thanks to another major deal between their own Archewell Audio company and Spotify.

Throughout the year, both Meghan and Harry repeatedly called on U.S. citizens to vote (members of the British royal family are allowed to vote in the U.K., but the queen must remain politically neutral). Though the two never endorsed a particular political party or candidate, they were still met with backlash — and even calls for their royal titles to be stripped.

President Donald Trump predictably got involved in the criticism, telling a Daily Mail reporter at a press conference in late September that he was “not a fan” of Meghan. Trump wished Harry “luck ’cause he’s going to need it.” 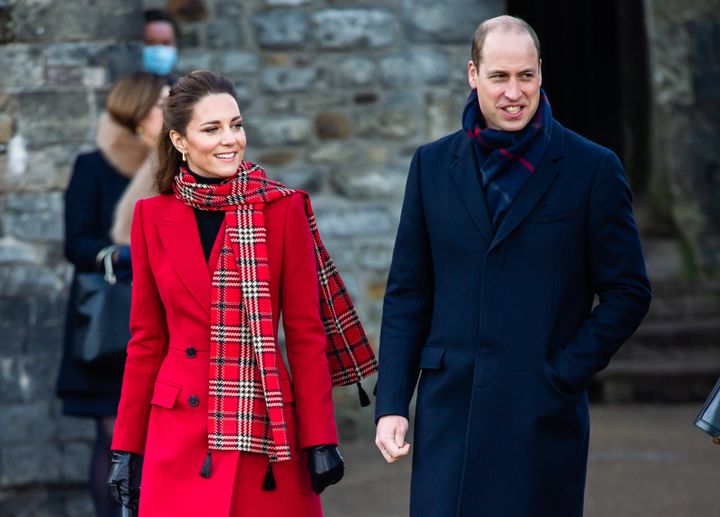 William faced serious backlash in November after The Sun reported that the Duke of Cambridge had contracted COVID-19 in April, shortly after his father, Prince Charles, and Prime Minister Boris Johnson also tested positive. Kensington Palace offered HuffPost no additional comment on the report, but did not deny it.

The duke’s decision to keep his diagnosis private was criticized, as were comments he made in March suggesting that the pandemic was being overblown by the media.

Most recently, the Cambridges came under fire for carrying out a three-day, cross-country train tour as cases continued to soar in the U.K., and for apparently breaking coronavirus rules while on an outing with other family members this past weekend. 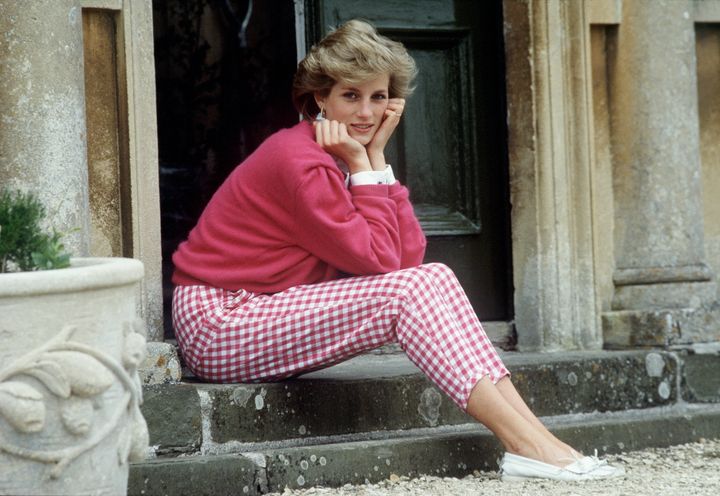 The BBC announced in November that it was investigating interviewer Martin Bashir’s shocking interview with Princess Diana a quarter century after it took place. Diana’s brother, Charles Spencer, claimed that Bashir used forged documents and dishonest tactics to get the late Princess of Wales to agree to the interview in 1995.

The investigation was opened after journalist Andy Webb uncovered new details about the interview, reportedly that the BBC was aware of Bashir’s dishonest tactics and covered them up.

Season 4 of “The Crown” caused a stir among some politicians, actors and royal experts in November, all of whom called upon Netflix to do a better job of labeling the critically acclaimed series as fiction. The streaming giant responded with a “no.”

“We have always presented ‘The Crown’ as a drama — and we have every confidence our members understand it’s a work of fiction that’s broadly based on historical events,” Netflix said in a statement obtained by The Associated Press. “As a result we have no plans — and see no need — to add a disclaimer.”

The Duchess of Sussex opened up about a subject that would normally seem off-limits for a royal to discuss: miscarriage.

In a moving, emotional essay she wrote for The New York Times at the end of November, Meghan spoke about experiencing pregnancy loss in July, the “unbearable grief” that followed, and just how common miscarriage actually is, despite the silence and stigma that surrounds it. 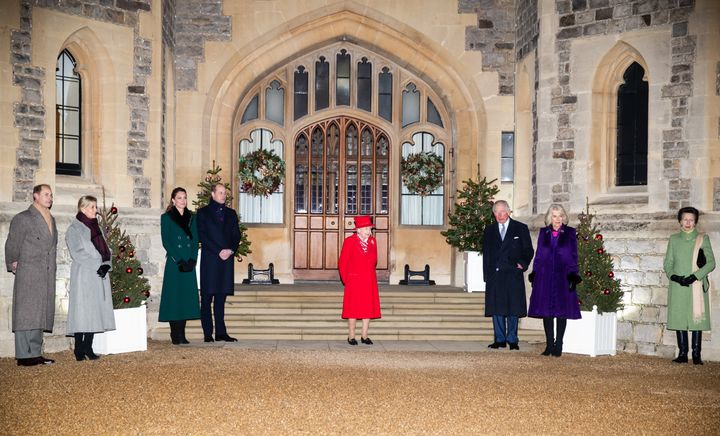 While it isn’t rare for the royal family to be photographed together, the coronavirus pandemic made doing so not only difficult but unsafe. The senior royals were finally able to reunite for a socially distanced photograph at Windsor Castle earlier this month.

Queen Elizabeth gathered with Prince Charles and Camila, Duchess of Cornwall; Prince Edward and Sophia, Countess of Wessex; Princess Anne; and Prince William and Kate Middleton for a cause: thanking essential workers and volunteers for their hard work during the pandemic.