10 Classical Concerts to Stream in April

With a widespread return to indoor, in-person performances still a ways off, here are 10 highlights from the flood of online music content coming in April. (Times listed are Eastern.)

This concert sells itself: John Eliot Gardiner, one of the finest Bach interpreters in the world, leading his Monteverdi Choir and English Baroque Soloists in the “St. John Passion” — on Good Friday, no less. Not always as popular, and always more controversial, than its sibling “St. Matthew Passion,” the “St. John” is nonetheless a work that Gardiner feels passionately about. As he wrote in his book “Bach: Music in the Castle of Heaven,” it is “as bold and complex an amalgam of storytelling and meditation, religion and politics, music and theology, as there has ever been.” JOSHUA BARONE

The Attacca players seem incapable of putting on a dull concert; one of the final live performances I heard before last year’s lockdown featured them in joyous mastery of Caroline Shaw’s string quartets. That was at the Miller Theater, which is hosting this livestream of selections from John Adams’s “John’s Book of Alleged Dances”; Gabriella Smith’s rhapsodic jam session “Carrot Revolution”; and “Benkei’s Standing Death,” a 2020 work by Paul Wiancko, whose “Lift” teems with understanding of and affection for the string-quartet tradition. JOSHUA BARONE

We usually associate the phrase “period instruments” with the Baroque era. But changes in musical technology have been continuous and profound through the ages, such that there can be revelatory performances of “period Beethoven” or “period Wagner” — or period Debussy! François-Xavier Roth and his ensemble, Les Siècles, have long tailored their interpretations — and the instruments they use — to different works they play. They have recorded Debussy as he might have sounded at the turn of the 20th century, and now take on his epochal 1902 “Pelléas” for Opéra de Lille, directed (and with starkly elegant sets designed) by Daniel Jeanneteau. ZACHARY WOOLFE 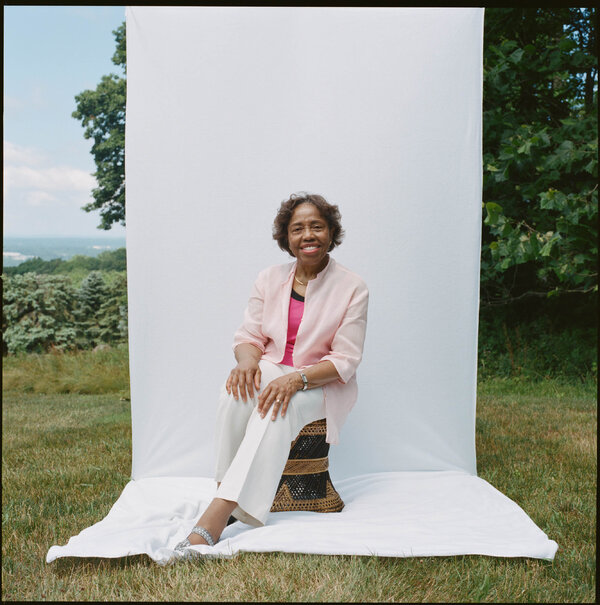 April 10 at 8 p.m.; theorchestranow.org; available on demand from April 15 through May 30.

This impressive ensemble of graduate students at Bard College presents a characteristically adventurous program, conducted by Leon Botstein. It opens with Tania León’s glittering “Ácana,” from 2008, followed by Bernstein’s “Serenade”: a rumination on Plato’s “Symposium” that takes the form of an intense, episodic violin concerto, with Zongheng Zhang as soloist. The brilliant pianist Blair McMillen appears in Stravinsky’s Concerto for Piano and Wind Instruments, a terrific but seldom performed piece. The program ends with Mendelssohn’s spirited “Scottish” Symphony. ANTHONY TOMMASINI

When this German baritone sang Schubert’s “Die Schöne Müllerin” cycle at the Park Avenue Armory two years ago, Joshua Barone wrote in The New York Times that he “had the exacting attention to text of an actor, the charisma of a seasoned storyteller and an agile voice.” If you, like me, missed that performance, another opportunity beckons with this livestream from Wigmore Hall in London. Appl will have, in the pianist James Baillieu, the same partner as at the Armory, so we’ll see if he can cast the same spell over the screen. ZACHARY WOOLFE

‘In the Penal Colony’

In the past, I’ve found the recording of this Philip Glass “pocket opera,” adapted from Kafka’s short story, to be a bit of a slog. But a staging can make all the difference, particularly when dealing (as here) with a talky libretto. This 2018 production by Opera Parallèle — presented as part of this year’s digital edition of Glass’s Days and Nights Festival — has turned me around on the work. Thanks to a strong pair of lead performances and a simple yet effective black-box set, Kafka’s bureaucratized dystopia shines through with a fresh lacquer of bleak humor. SETH COLTER WALLS

The pandemic waylaid this orchestra’s splashy plans to welcome Esa-Pekka Salonen as its new music director. But with its own streaming service now up and running, San Francisco is giving Salonen a chance — however curtailed — to start defining his tenure. For this SoundBox program, he is focusing on ideas of musical patterning. While the program includes some well-worn Minimalist favorites by Steve Reich and Terry Riley, the most intriguing item is a premiere from Salonen himself: “Saltat sobrius,” a fantasy on Pérotin’s medieval “Sederunt Principes.” SETH COLTER WALLS

The first book of Bach’s “The Well-Tempered Clavier” was to have dominated this pianist’s 2020 performance schedule. That, of course, was not to be, but last spring, he nevertheless produced a series of streams related to the capacious work. He returns to it in its totality for this concert, presented by Cal Performances. ZACHARY WOOLFE

All three of the Hallé’s streams this month will be worth watching, including the premiere of Huw Watkins’s Symphony No. 2, available from April 15. But this last program of the season is the most ambitious: an account of Stravinsky’s “The Soldier’s Tale” filmed on location across the orchestra’s hometown, Manchester, England. Composed amid the influenza pandemic of 1918, the Stravinsky asks for small forces: just seven instrumentalists backing three actors and a dancer. Mark Elder conducts, and Annabel Arden and Femi Elufowoju Jr. direct. DAVID ALLEN

This program is billed as “Monumental Trios,” and that’s no exaggeration. Beethoven’s Trio in E-flat (Op. 70, No. 2) is a majestic, searching and, at times, alluringly quizzical work. The superb pianist Juho Pohjonen joins the violinist Paul Huang and the cellist Jakob Koranyi in a performance taped in 2015. Brahms’s Trio No. 1 in B, composed in 1854 and revised in 1889, offers music by this composer in his brash early days — then modulated some 35 years later, once he was a probing, mature master. The performance by the pianist Orion Weiss, the violinist Ani Kavafian and cellist Carter Brey is from 2017. ANTHONY TOMMASINI

Finally, the most talked about film of the year has a release date
Recent Posts