Home » Celebrities » Without a Bold Move, the Yankees Gamble on Their Own Discipline Without a Bold Move, the Yankees Gamble on Their Own Discipline

Just before the trade deadline in 2016, the Chicago Cubs made what felt like a reckless decision in this era of analytics-driven, risk-averse front offices. They sent Gleyber Torres, one of the best prospects in baseball, to the Yankees as part of a package for closer Aroldis Chapman, a potential free agent.

The Cubs traded six major league seasons of control of a potential future star for three months (including the postseason) of an established star reliever. It paid off when Chapman helped the Cubs to their first title since 1908.

The Yankees now have both Chapman, who returned via free agency after the 2016 season, and Torres, but the Cubs claimed something the Yankees haven’t since 2009. So the words uttered after the Chapman trade by Theo Epstein, the Cubs’ president who had rebuilt the entire organization for such a gamble, still resonated after Wednesday’s trade deadline for trades came and went with the Yankees making no substantial additions.

For the Yankees, the “when” is every season. They value sustained success and do not abide full roster teardowns. The 68-39 Yankees are on pace to record their 27th straight winning season, and 21st playoff appearance in that span. They have done this while shifting from the free-spending philosophy of George Steinbrenner, the former owner who died in 2010, to a more disciplined approach under his son Hal, the current principal owner.

But for all their spending, smarts and planning — which has kept them winning despite 25 players landing on the injured list this year — the Yankees have won just one World Series title in three trips there since 2001, and none since 2009. The Boston Red Sox (four), San Francisco Giants (three) and St. Louis Cardinals (two) have claimed more titles in that span. 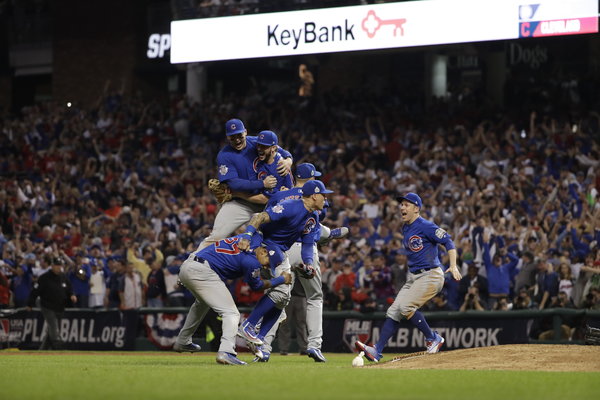 Consider what happened on Wednesday. Despite Hal Steinbrenner and General Manager Brian Cashman having publicly stated their concerns about the pitching staff, the Yankees’ only move was to add a 20-year-old left-handed minor league pitcher unlikely to help this season. It was not exactly what much of the Yankees’ demanding fan base had in mind.

There were a variety of reasons the Yankees, with the third-highest payroll in baseball at about $241 million, did not act to improve their rotation, which ranks significantly below their bullpen and offense.

There were four main factors: supply (only a select few starting pitchers on the market would have been clear upgrades); price (the Yankees, one of the most lucrative sports teams in the world, want to stay under the onerous third luxury tax threshold of $246 million this season); medical concerns (for example: the Yankees had interest in Toronto’s standout relief pitcher Ken Giles, but he had elbow soreness issues emerge over the weekend), and the cost in prospects.

The Yankees did make some moves in the off-season to improve their depth, spending $24 million on utility man D.J. LeMahieu and $27 million on reliever Adam Ottavino. Both have proved invaluable with the injuries to third baseman Miguel Andujar and relief pitcher Dellin Betances.

But over the course of the season, it has become clear that the pitching staff was in desperate need of reinforcement. Instead, the disciplined Yankees are gambling.

Over the off-season, they placed a bet on James Paxton, a talented starting pitcher with questions about durability, and he has struggled. They bet on a rotation built more on quality than quantity of innings, with such pitchers as C.C. Sabathia, 39, and J.A. Happ, 36, but injuries to Sabathia and Happ’s underperformance have been issues.

Wednesday the Yankees made their latest bet: hoping both that the current crop of pitchers stays healthy and improves, and that they receive help from the returns of the injured standouts Luis Severino and Betances, both of whom haven’t pitched all season.

The current struggles of the rotation are a painful reminder for fans of past instances in which the Yankees have failed to pursue, trade for or sign top starting pitchers who could have helped them now. Patrick Corbin, Justin Verlander, Gerrit Cole, Dallas Keuchel and Charlie Morton were all available at points over the past two years, but the Yankees acquired none of them — sometimes because of ownership-set budgets.

Asked if failing to land a pitcher on Wednesday sparked any regret over missing out on Corbin (by one year and $40 million) and Keuchel (by nearly $2 million), Cashman said the Yankees wouldn’t have been able to sign LeMahieu and Ottavino if they had gotten Corbin.

“There’s a lot of guys sitting in that locker room that wouldn’t be here because all of that money would’ve gone in that direction,” Cashman said.

Knowing a buyer has to overpay to fill a need, Cashman insisted the asking prices were too high for some of the pitchers the Yankees had inquired about before Wednesday’s deadline. While the market was certainly upended by under-.500 teams like the Mets and the Cincinnati Reds, who moved aggressively to obtain Marcus Stroman and Trevor Bauer, the Yankees didn’t budge on their limits.

“Maybe my counterparts felt my offers were underwhelming, and I certainly felt their offers were overwhelming,” Cashman said. He felt comfortable walking away from the offers in front of him, he said, and confident in the team he had already assembled.

Some rival teams found that the Yankees to be less aggressive than expected for a contending team with an obvious need. Several clubs inquired about outfielder Clint Frazier, who is in Class AAA, and the top prospects Deivi Garcia and Estevan Florial. But the Yankees were hesitant to move Frazier, 24, despite his defensive lapses and his past behavior that has bothered some in the organization, or Garcia, 20, who has been impressive despite doubts about his 5-foot-9 frame.

It reflected how prospects are highly valued — perhaps sometimes overvalued — across baseball because they’re cheap and under team control for at least six major league seasons. Unless the owners and players’ union change the economic structure so that younger players are paid what they are worth, team executives are likely to continue to be tight-fisted with their prospects.

When the Cubs met the Cleveland Indians in the 2016 World Series, Cashman commended both teams’ front offices for having acted so boldly to get there. In addition to the Chapman-Torres trade that year, Cashman also shipped star reliever Andrew Miller to the Cleveland Indians for several prospects, including Frazier.

This season, the boldest team at the trade deadline was not the Yankees. The consensus was that title belonged to the Astros, who have rebuilt their organization, won the 2017 World Series and still managed to replenish their farm system despite trades to supplement the major league roster under General Manager Jeff Luhnow.

On Wednesday, Houston dipped into its prospect base again to fill its pitching needs, sending three of the team’s top five prospects, plus another, to acquire the All-Star starting pitcher Zack Greinke from Arizona, and then sent Class AAA outfielder Derek Fisher for two more pitchers, Joe Biagini and Aaron Sanchez, from Toronto. That evening, the architect of the disciplined Yankees faced questions about failing to address a stated need. Had the Astros, most likely their main competition in the American League, surpassed them?

James Wagner has covered baseball — the Mets for two and a half years and now the Yankees — for The New York Times since June 2016. Previously he worked at The Washington Post for six years, including four covering the Nationals. @ByJamesWagner • Facebook