Home » Celebrities » Who Are Joe Biden’s Children and Grandchildren?

Who Are Joe Biden’s Children and Grandchildren?

Joe Biden’s emphasis on family was evident as he made his way through the 2020 campaign trail. There was a focus on the Democratic presidential nominee’s decades-long love story with Dr. Jill Biden, his close bond with his grandkids, and the tragedy he’s experienced in losing two of his children and his first wife. Now he has won the 2020 presidential election, all eyes are on him—and his brood.

The former vice president shares his three eldest kids—Hunter, Beau, and Naomi Biden—with his late wife, Neilia Hunter. He then had his youngest daughter, Ashley Biden, with his second wife, Jill. The crew gets even bigger when you account for the couple’s several grandchildren.

Here, read on to learn more about the Biden clan.

Naomi was one year old when she died in a car crash in 1972. Her mother, Neilia, also passed in the same accident.

Known by his nickname, Beau was a well-known politician who worked closely with Kamala Harris.

In 2003, he joined the Army National Guard as a major in the Judge Advocate General’s Corps. Thereafter, he got into politics, getting elected as the Delaware attorney general, a position he served from 2007 to 2015. He planned to run for Delaware governor in 2016, but passed away in 2015 after battling brain cancer.

“After our son, Beau, died of cancer, I wondered if I would ever smile or feel joy again. It was summer, but there was no warmth left for me,” Jill said during her 2020 Democratic National Convention speech. “Four days after Beau’s funeral, I watched Joe shave and put on his suit. I saw him steel himself in the mirror, take a breath, put his shoulders back, and walk out into a world empty of our son. He went back to work. That’s just who he is.” 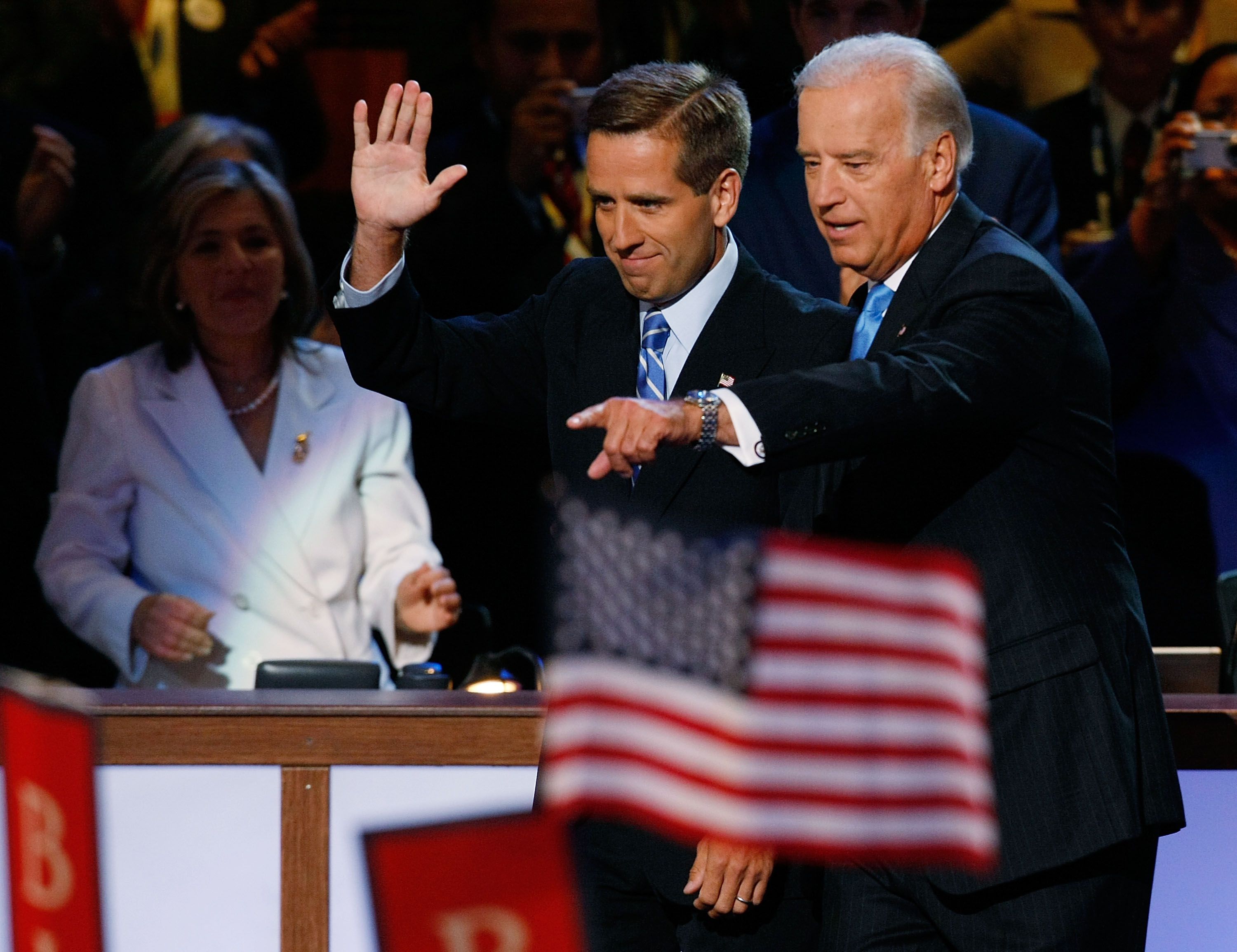 Usually referred to by his middle name, Hunter currently works as an attorney and is the founder of venture capital firm Eudora Global.

Hunter has also been caught in tabloid drama due to his struggles with substance abuse as well as his “tumultuous personal life,” according to ABC.

“I’m saying sorry to him,” Hunter has said of conversations with his father, according to an interview with the New Yorker, “and he says, ‘I’m the one who’s sorry,’ and we have an ongoing debate about who should be more sorry. And we both realize that the only true antidote to any of this is winning. He says, ‘Look, it’s going to go away.’ There is truly a higher purpose here, and this will go away. So can you survive the assault?”

He also opened up about living with addiction. “Look, everybody faces pain,” he told the magazine. “Everybody has trauma. There’s addiction in every family. I was in that darkness. I was in that tunnel—it’s a never-ending tunnel. You don’t get rid of it. You figure out how to deal with it.” 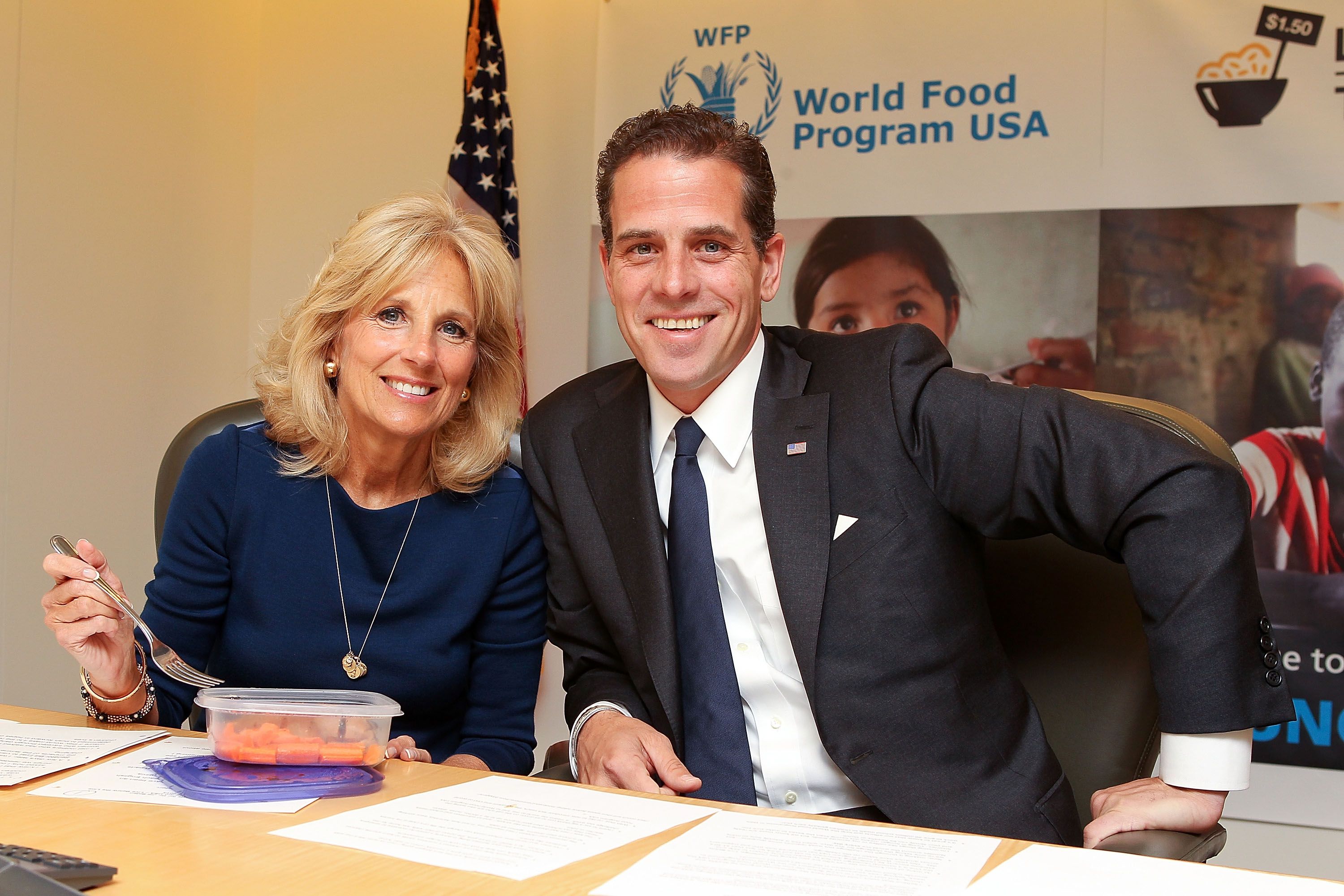 In 2017, Hunter divorced from Kathleen Buhle, with whom he shares three children: Naomi (named after her late aunt), Finnegan, and Maisy Biden. Soon after, Hunter began a relationship with Hallie, his late brother’s widow. “We were sharing a very specific grief,” Hunter said of their relationship to the New Yorker. “I started to think of Hallie as the only person in my life who understood my loss.”

Hallie and Hunter eventually separated in 2019. Hunter has since married Melissa Cohen, a filmmaker from South Africa, per the Washington Post.

Biden’s youngest is a graduate from Tulane University who then went on to become the executive director of the Delaware Center for Justice, a criminal justice reform-oriented nonprofit. She also worked as a social worker in Delaware for 15 years. 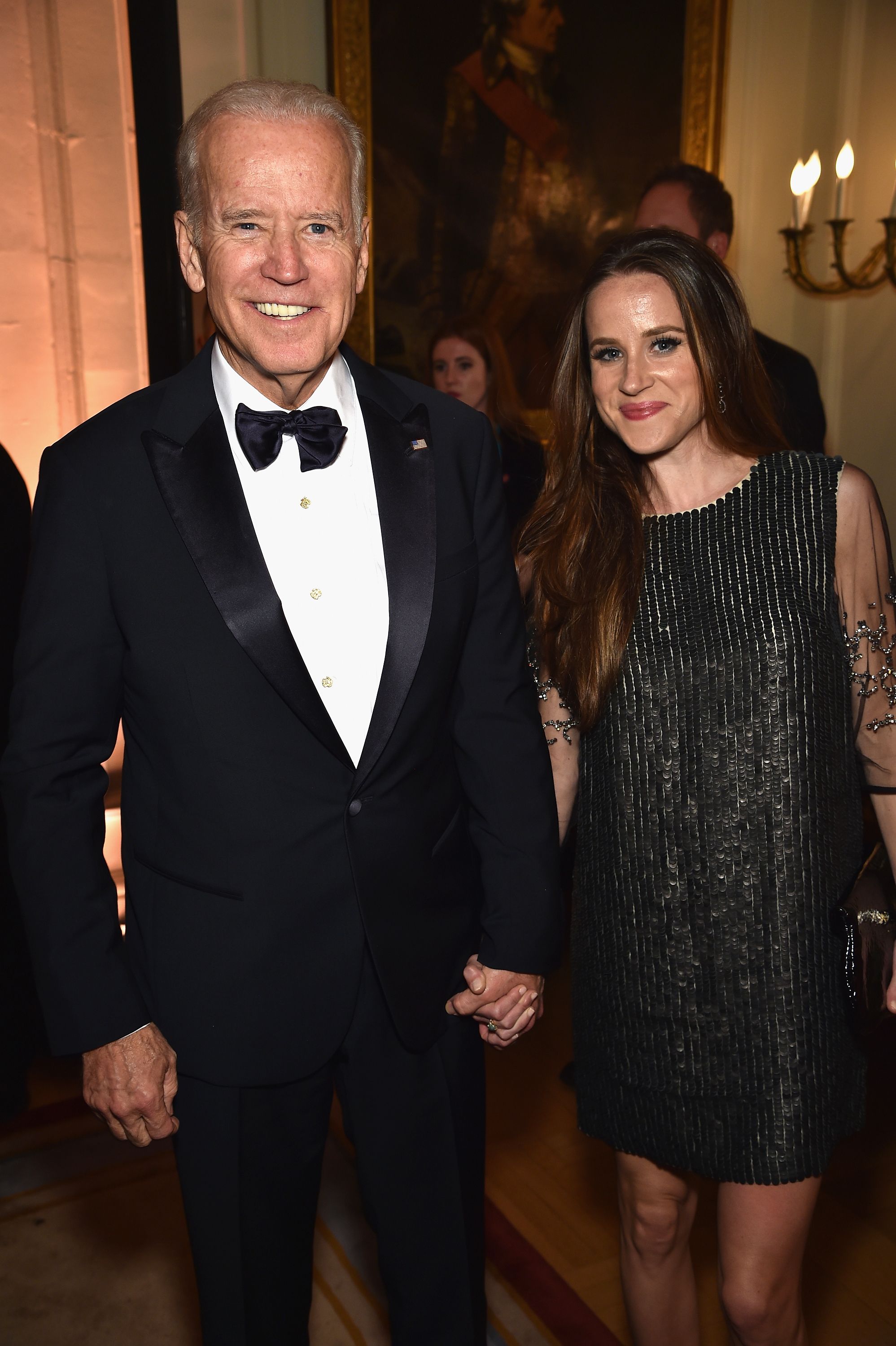 As a child, Ashley had an influence on her father’s political gambits. According to an interview with DelawareToday, she once approached Biden “prepared with research and posters and talk about how we needed to save the dolphins,” which led him to collaborate with Congresswoman Barbara Boxer for the 1990 Dolphin Protection Consumer Information Act.

Speaking with her brother, Hunter, at the 2020 Democratic National Convention, Ashley said her father will be “rock steady” as a president, and that he’ll “tell you the truth, even when you don’t want to hear it.”

She is currently married to Howard Krein, a plastic surgeon.

Naomi is the 26-year-old daughter of Hunter and his first wife and Kathleen Biden. She was named after Vice President Biden’s late daughter who died in 1972. In a heartfelt recent tweet, she told the former VP, “I am proud to be your granddaughter every single day.”

After Joe Biden accepted the Democratic nomination for president, Naomi revealed on Twitter that she and her cousins treated their grandfather to a pint of ice cream. “Pop, tonight you eat from the box,” they wrote in a sweet note.

Just this May, Naomi graduated from Columbia Law School, and her grandfather even gave a socially-distant keynote speech. Before then, she was a student at the University of Pennsylvania and graduated in 2016, along with Tiffany Trump. The two sparked confusion after taking a photo together, but Naomi is also unafraid to call out Donald Trump on Twitter.

During his tenure as VP, Naomi tagged along on a number of trips abroad, including to New Zealand, Australia, Turkey, and Mongolia.

The younger sister of Naomi Biden, Finnegan has been spotted on the campaign trail with her presidential candidate grandfather. Like Naomi, she was named after a late relative: Joe Biden’s mother, Catherine Eugenia “Jean” Finnegan Biden.

In August, she joined her sisters and cousin Natalie in introducing their grandfather in a sweet video short. 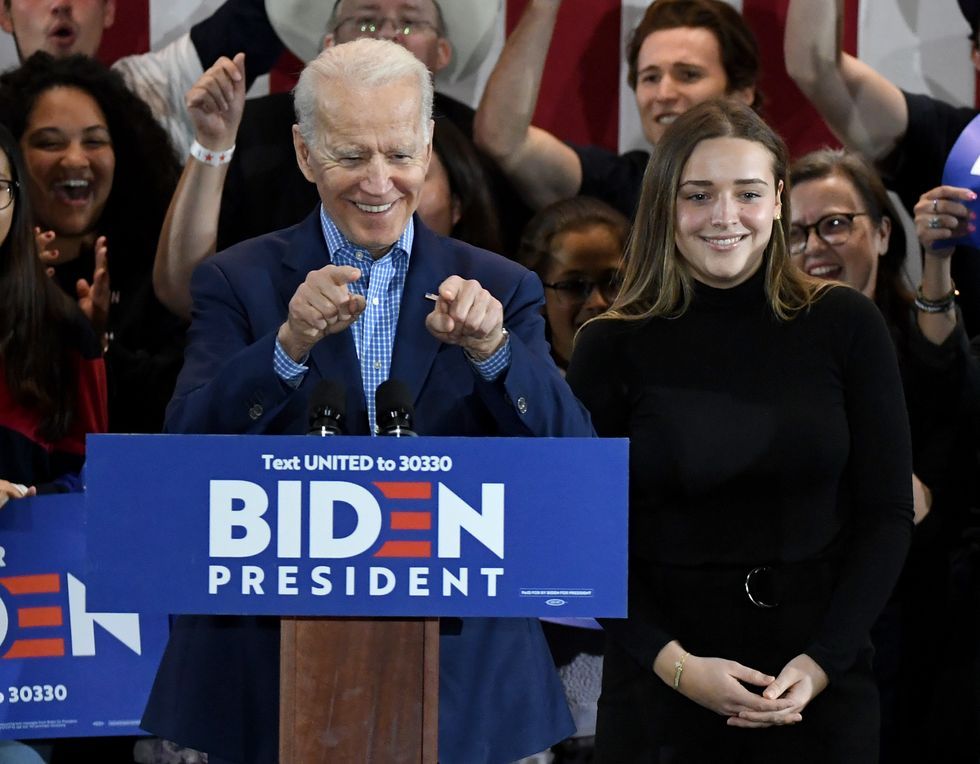 Maisy is the youngest of Hunter and Kathleen Biden’s children. Like her siblings, she’s accompanied her grandfather on international trips—including Colombia and Kenya—when he was Vice President. Per Chicago Tribune, she’s close with Sasha Obama. They went to school together, played basketball together, and were both young when their respective father and grandfather entered office.

Even Vice President Biden has acknowledged Maisy and Sasha’s tight bond. “Her best friend is Sasha Obama,” he said. “Barack and Jill and the whole family, we had a whole get together” for their high school graduation. 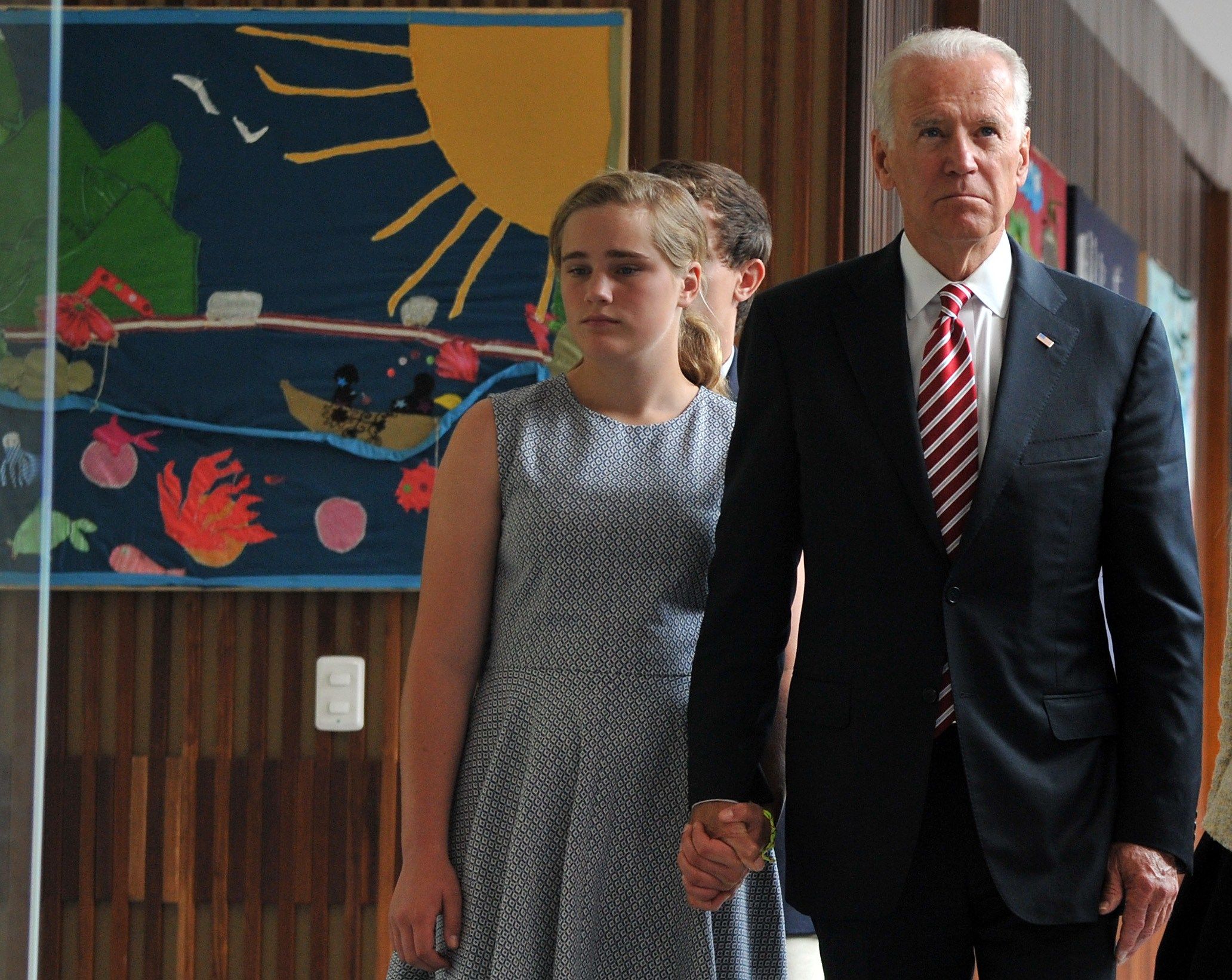 Natalie is the 16-year-old daughter of Hallie and the late Beau Biden. In a recent video for the 2020 Democratic National Convention, she and cousin Naomi opened up about what Dr. Jill Biden is like as a grandparent. “I would say she’s not your average grandmother,” Naomi said. “She’s a prankster, she’s very mischievous.” Natalie added, “We have a lot of stories.” 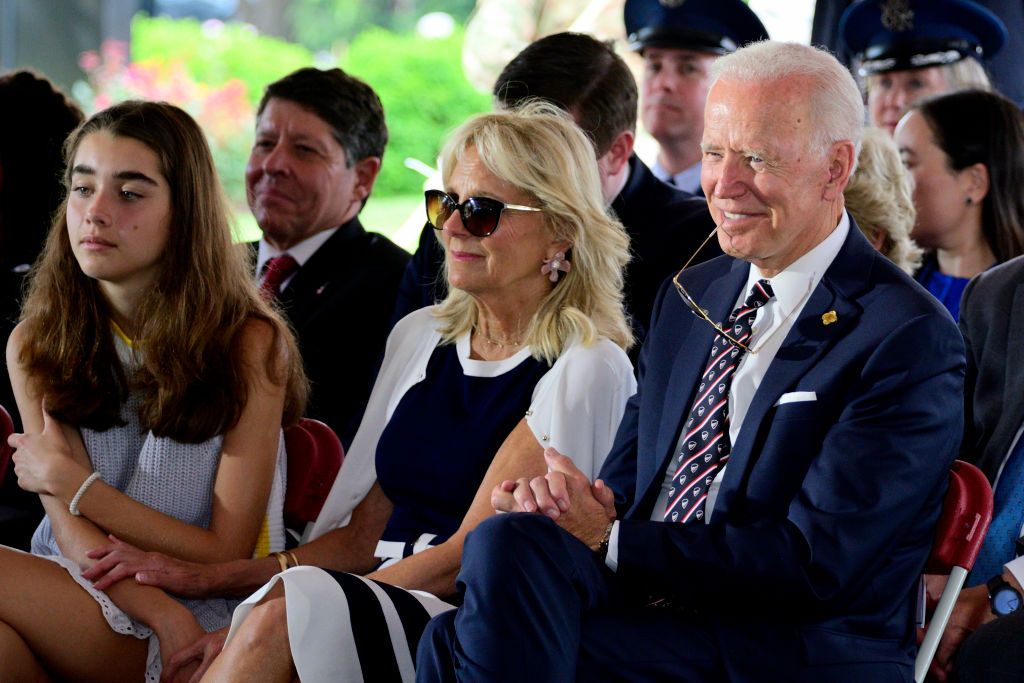 The second child of Beau and Hallie Biden, born in 2006, was named after his uncle. The 14-year-old joined his sister and cousins in reciting the pledge of allegiance at the 2020 Democratic National Convention.

Celebs React to Joe Biden Being Projected as Winner of 2020 Election – Read Tweets!