Pat Sajak is best known as the beloved host of “Wheel of Fortune,” a role he has been in since 1981. When Sajak started his 36th season hosting the popular game show in 2018-2019, he became the longest-running host of any game show and got his name in the Guinness Book of World Records, per WLUK.

While Sajak’s job with “Wheel of Fortune” is more than safe, a few decades ago network executives were trying to turn him into CBS’ version of Johnny Carson. They even gave him his own late-night talk show, called, appropriately, “The Pat Sajak Show.” Unfortunately, that experiment didn’t exactly go well — and at one point, the network invited Rush Limbaugh to host the show as a sort of audition to replace Sajak, per Mental Floss.

Since the late radio host was known for his controversial views, he didn’t hold back on stating his opinions about various socio-political issues on the show.

Keep reading to find out how that went.

Rush Limbaugh and the audience went at it 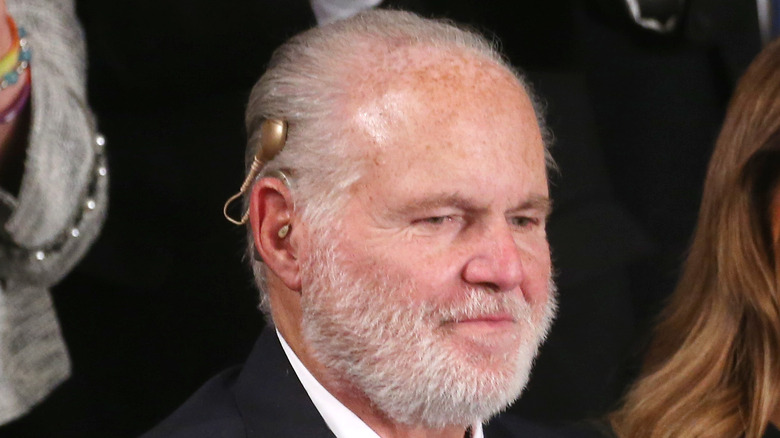 On March 30, 1990, the late Rush Limbaugh hosted “The Pat Sajak Show” on CBS. That did not go as planned as, per Mental Floss, it appeared to be the first time Limbaugh was in front of an audience that hadn’t been pre-screened, especially for his particular brand of chatter. A number of people who were definitely not fans of Limbaugh took the opportunity to be in the audience and let Limbaugh exactly know what they thought of him.

Whatever the producers planned for that episode is now lost to time. Because what actually happened was multiple shouting matches between Limbaugh and outspoken members of his audience, many of whom went face-to-face with Limbaugh when he espoused his beliefs about abortion, affirmative action, and more. The video of that episode, appropriately called “A Bully Gets Bullied,” can be viewed on YouTube.

When it was all over, Limbaugh was incensed and he accused the studio of purposely letting in an audience of hecklers to boost the show’s sagging ratings, according to Mental Floss. Considering that the network didn’t immediately pull the broadcast (and the video of it is still available 31 years later), his theory might not be that far-fetched, but we’ll probably never know for sure.