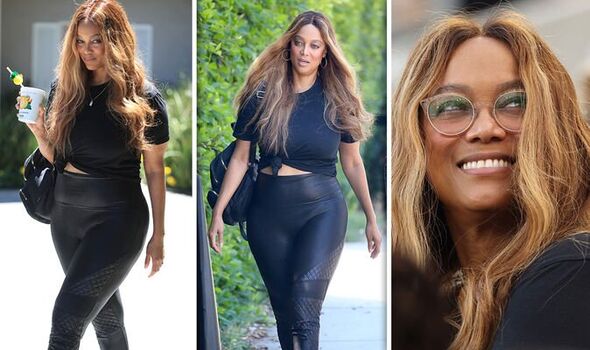 Tyra Banks, 48, looked radiant as she arrived in style to the Day of Indulgence party in LA, thrown by film producer Jennifer Klein.

Tyra Banks, 48, looked radiant as she arrived in style to the Day of Indulgence party in LA, thrown by film producer Jennifer Klein.

Supermodel Tyra showed off her midriff in a black cropped t-shirt tied in a knot, which she paired with some skintight leggings.

She wore her hair in tousled waves as she paired her casual look with some black and white Nike trainers.

Tyra has fallen under scrutiny in recent years as viewers of America’s Next Top Model, which she hosted from 2003-2018, have begun to recall some of the more problematic moments.

Janice Dickinson, who served as a judge several times on the programme, called Robin “fat” and “huge”.

Other controversial moments included the annual challenge where the models would be made up to look like other races, and Tyra’s emotional rant at eliminated contestant Tiffany Richardson. 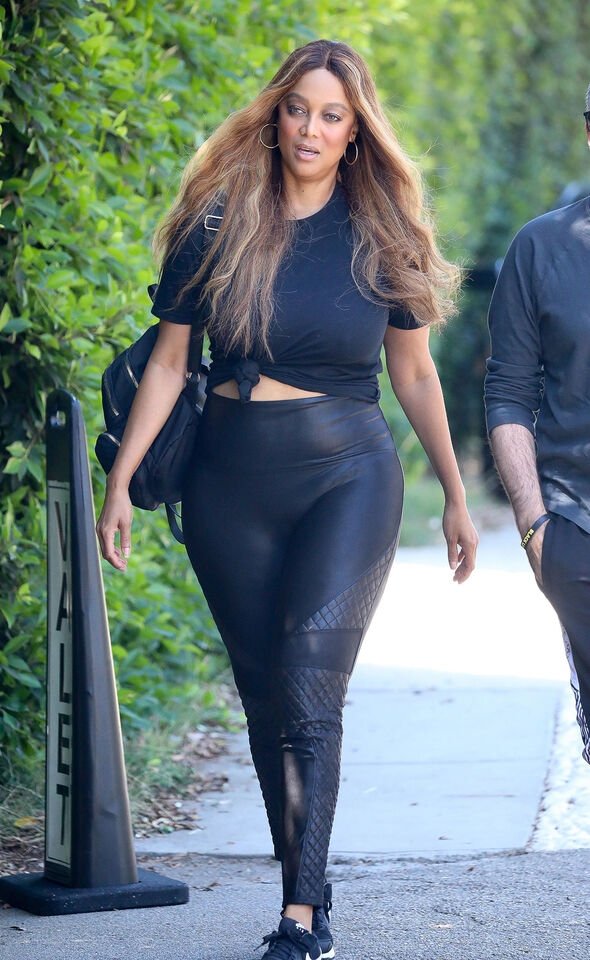 She completed her athleisure look with a pair of skintight leggings and some Nike trainers. 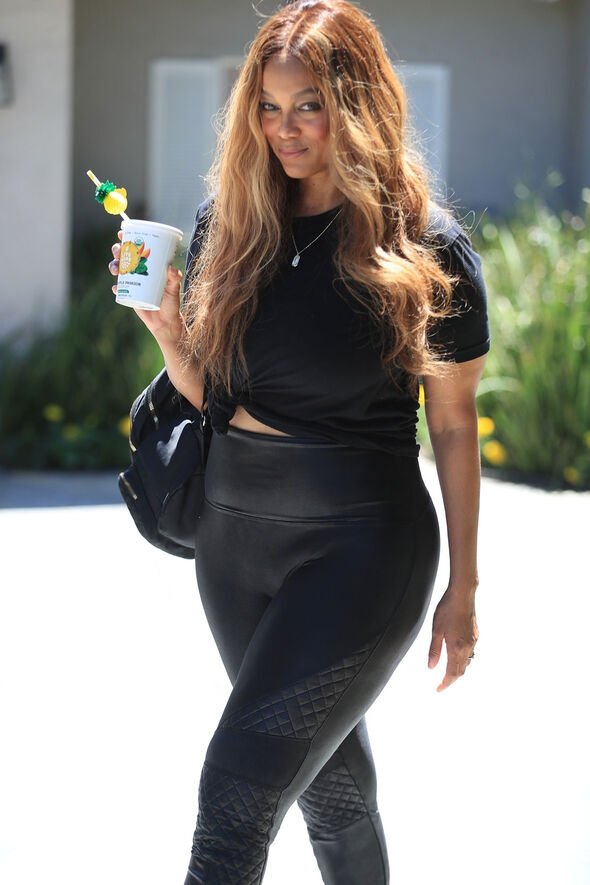 Tyra smiled for the cameras as she held her beverage

She wore her hair in tousled waves as she showed off her modelling walk. 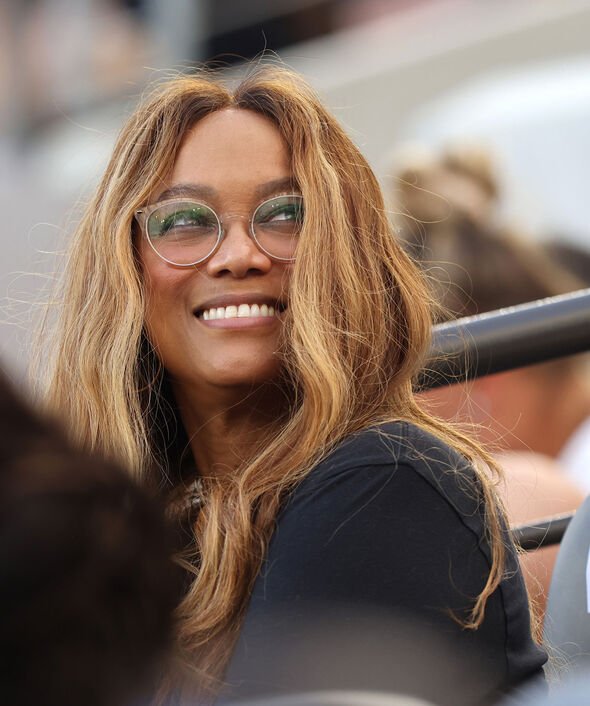 The supermodel beamed as she watched the game at the weekend. 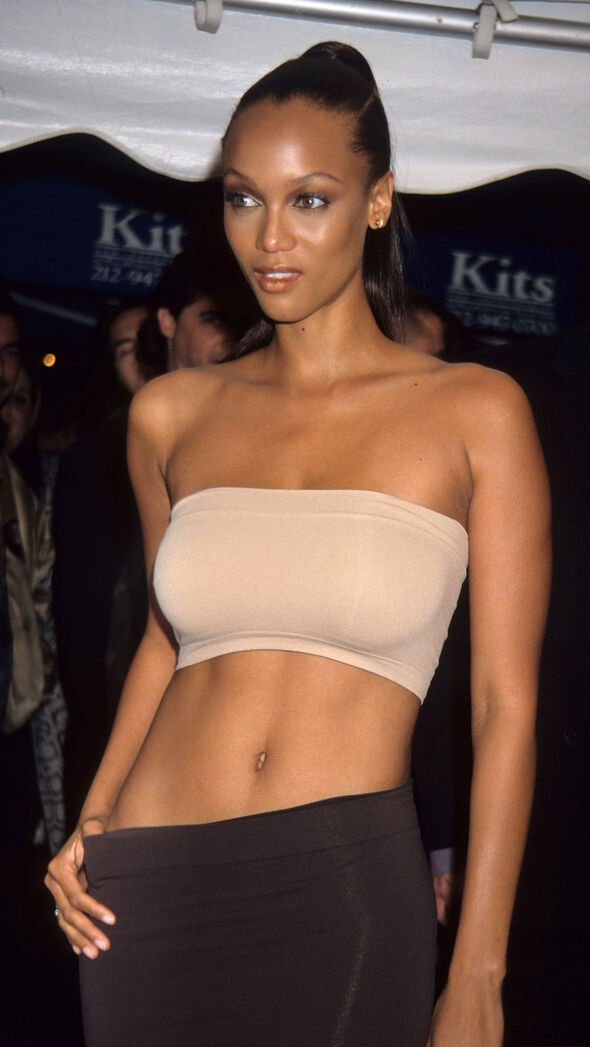 Tyra began her modelling career when she was just 15

In 2003, she created America’s Next Top Model, and hosted 23 seasons of the show.

The mum-of-one has come under fire recently

As modern viewers watch America’s Next Top Model, many scenes have been branded problematic. 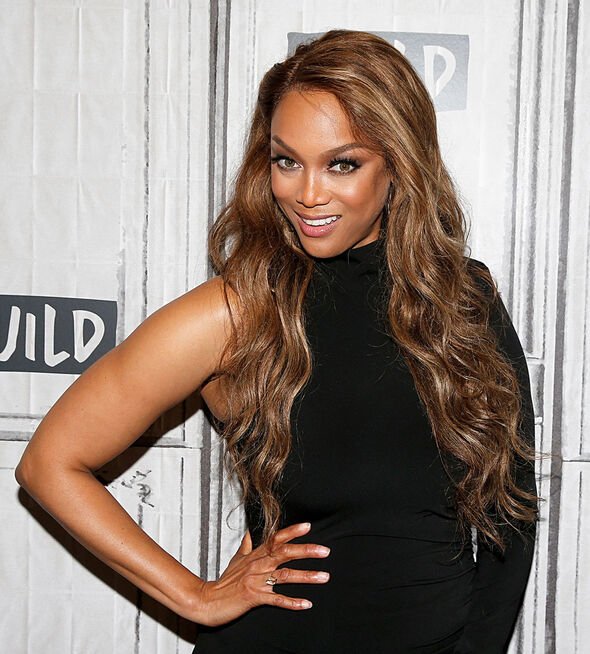 “Been seeing the posts about the insensitivity of some past ANTM moments and I agree with you,” she tweeted.

“Looking back, those were some really off choices. Appreciate your honest feedback and am sending so much love and virtual hugs.”