Another day, another outing! Tyler Cameron and Gigi Hadid continued to progress their blooming romance when they stepped out again on Tuesday, August 13.

The former Bachelorette star was pictured wearing a plain white T-shirt and blue jeans. Hadid, meanwhile, had her hair up in a messy bun while dressed in a green tee and ripped jeans. The sighting came after Cameron and Hadid were spotted leaving the Victoria’s Secret stunner’s apartment separately on Monday, August 12. 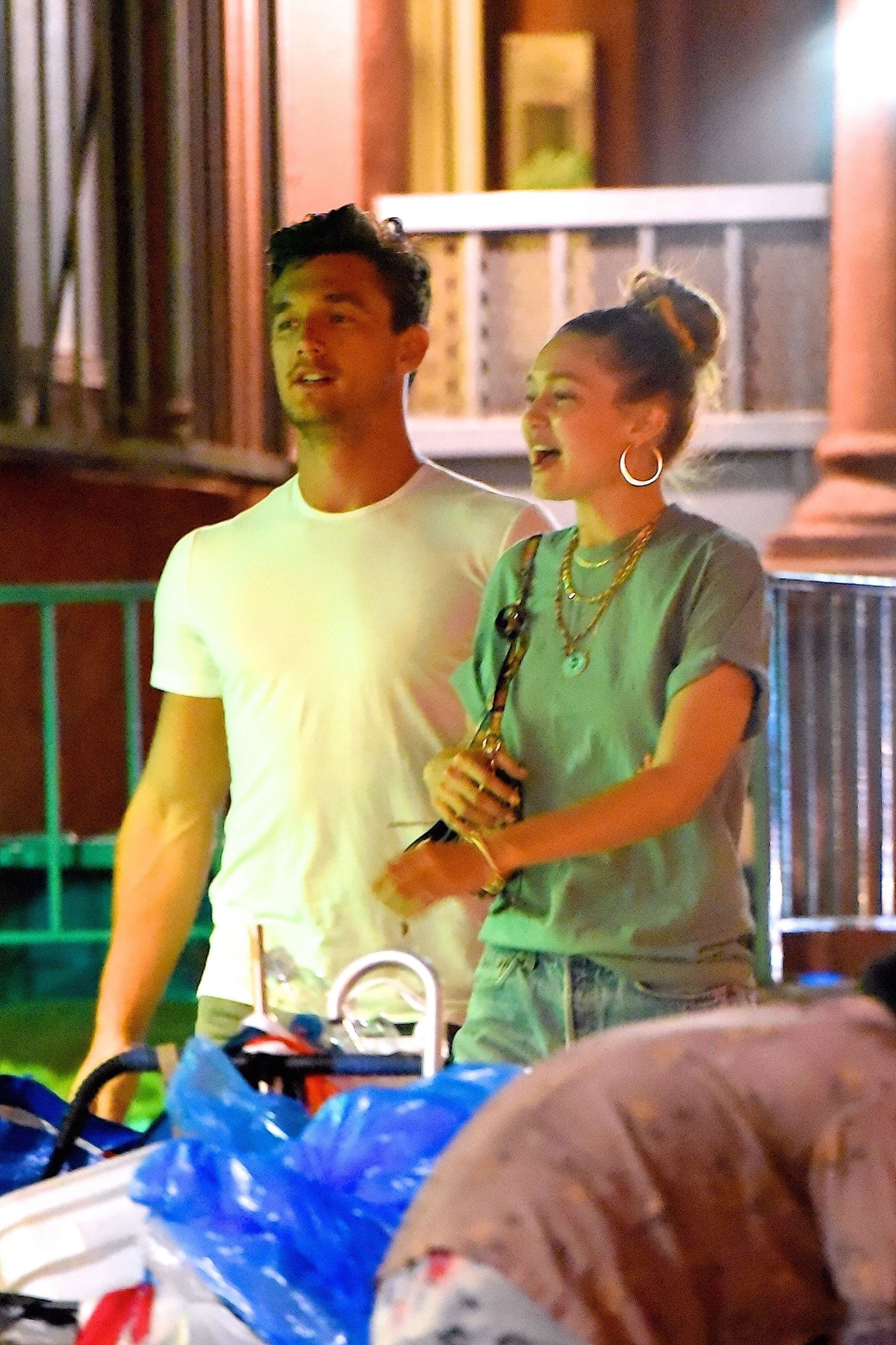 Cameron and Hadid mutually followed each on Instagram last month, and the pair have since hung out on several different occasions. Their first sighting occurred on August 4, when the duo had a date night at Brooklyn’s members-only club Dumbo House. A source told Us Weekly that the rumored couple were “laughing and having a great time with each other” at the hot spot.

The next evening, Cameron joined Hadid and her friends at New York City’s Frames Bowling Lounge. An eyewitness noted to Us that the duo “were laughing together and she would touch his arm while she was laughing,” adding that the pair also “looked flirty the entire night and they were clearly focused on one another.”

Before sparking a romance with Hadid, Cameron vied for Hannah Brown’s heart on season 15 of The Bachelorette. The Florida native was the runner-up to Jed Wyatt, whom the former pageant queen initially chose to be with in the two-night finale. However, Brown revealed during the After the Final Rose special that she had called off their engagement.

After Brown and Cameron broke up, they had their first face-to-face interaction during the finale’s second half. At the time, she asked him to “go for drinks.” Cameron noted that he “would love to,” and was spotted leaving the leading lady’s apartment the morning after their date on August 1.

While Cameron was first seen with Hadid days after his date with Brown, a source told Us that he still cared for the franchise star despite their split. “Tyler had strong feelings for Hannah and wants to make it work,” the insider said on August 8.

Cameron and Hadid have yet to publicly comment on the status of their relationship.

‘Ozark,’ ‘House of Cards’ and ‘When They See Us’ Stars Share Worst Moments on Set