Tory Lanez Says He Has Alopecia After Jokes About Bald Spot 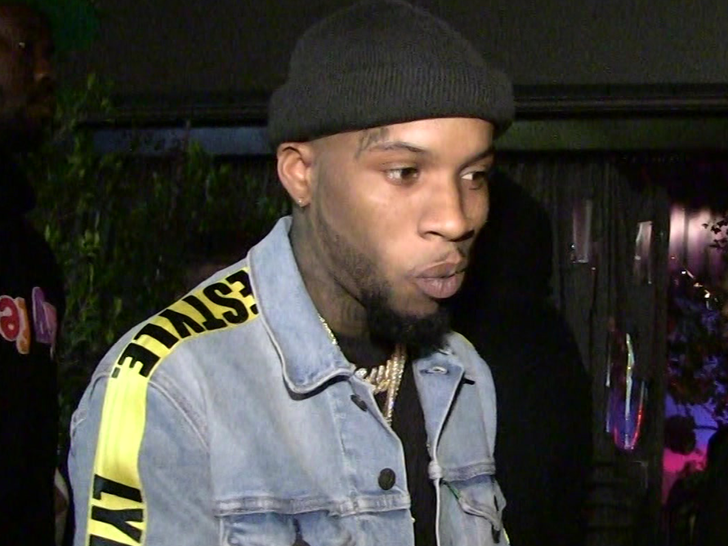 Tory Lanez is sticking up for his hair, telling the world his alopecia is to blame for the bald spot on the back of his head … something that’s been the focus of recent jokes online.

Tory wrote on Twitter Wednesday after loads of people piled on after noticing the rapper’s hair was thin in a video of him leaving an L.A. County courthouse, saying, “i rap about it all the time …it’s alopecia…. What’s the big deal.” 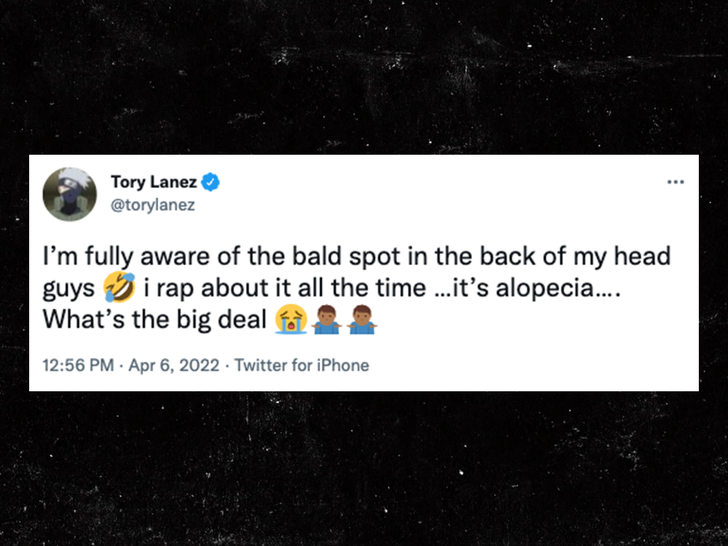 Of course, the hair-loss condition is front of mind for a lot of people after Chris Rock‘s joke at Jada Pinkett‘s expense which targeted her short hair. Jada has alopecia, and her hubby Will Smith obviously thought the joke was in poor taste … leading to the slap.

Unclear if 29-year-old Tory really has the hair condition or if he’s joking at Jada’s expense.

As we reported, the artist was handcuffed in court Tuesday in L.A., during a hearing about a violation of Meg Thee Stallion‘s protective order. Tory tweeted about her in February, addressing Meg as “U” — the order states he isn’t allowed to mention her at all.

Tory was cuffed and had his bail increased to $350k, although he posted quickly after. As he left jail, the rapper only had one word for how he was feeling — amazing.