Tori Spelling and Dean McDermott appeared to be on good terms as they stepped out with three of their five children for the 39th Annual Malibu Chili Cook-Off event.

All seemed well between Tori Spelling, 48, and Dean McDermott, 54, as they enjoyed a family night out in Malibu, California on Monday, Sept. 6. The couple, who have been at the center of split rumors over the past few months, were photographed walking side-by-side at the 39th Annual Malibu Chili Cook-Off in event with three of their five children. Tori and Dean were also joined by their 4-year-old son Beau, while their daughters Stella, 13, and Hattie, 9, were seen leaving the event with the actors later on. 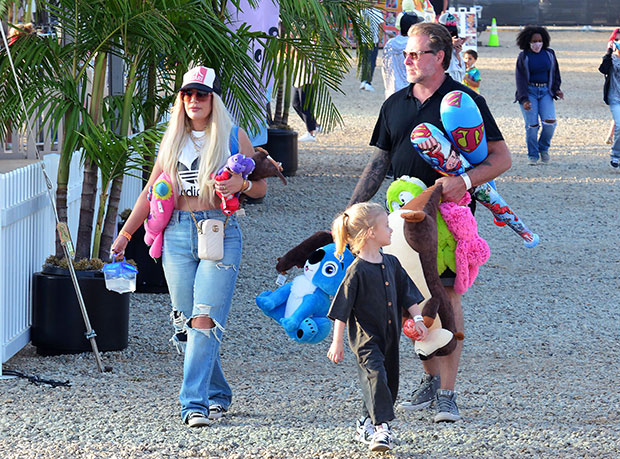 Both Tori and Dean were dressed fairly casual for the Labor Day event, which is hosted by the Boys & Girls Club of Malibu. The Beverly Hills, 90210 star wore a black and white Adidas crop top, ripped denim jeans, Converse sneakers, an Atari hat and red sunglasses. Meanwhile, her actor husband dressed in a black collared shirt, shorts and gray sneakers as he carried around a plethora of prizes the family won at the party, including a few stuffed animals. 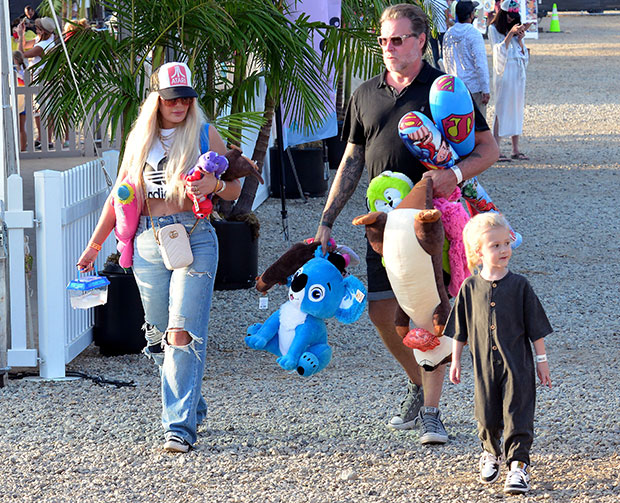 Tori and Dean’s latest outing comes one month after a source told HollywoodLife EXCLUSIVELY that the couple — who have been married since 2006 and have five kids together —  “have been having relationship issues for months now.” Dean publicly admitted to cheating on Tori in the past, and according to the insider, they’ve had major trust issues ever since. “She’s never been able to fully trust him again and they always fight about it. It drives him crazy,” our source added. “It’s been a nightmare for him.”

Back in June, Tori revealed that she and Dean haven’t been sleeping in the same bed. Tori made that confession after the actress was spotted without her wedding ring in March 2021. She also went without the jewelry back in 2013, amid early reports of Dean’s affair. Dean confessed to his infidelity the following year, and the fallout of the affair was chronicled in Tori’s 2014 reality TV series, True Tori.