Top Gun, Black Panther, and Avatar sequels ALL in the running for Oscar nominations as advance shortlist for minor categories are revealed

Could blockbusters rule at this year’s Oscars?

It certainly seems possible after an advance shortlist revealed on Wednesday that Top Gun: Maverick, Black Panther: Wakanda Forever and Avatar: The Way of Water are all in the running.

Pop stars like Lady Gaga, Taylor Swift and Rihanna also got one step closer to getting Oscar nominations.

Alejandro González Iñárritu´s “Bardo, False Chronicle of a Handful of Truths” was along the 15 films shortlisted in the international film category, one of the most competitive. The category also includes already decorated films like “Holy Spider” (Denmark), “All Quiet on the Western Front” (Germany), “Saint Omer” (France), “Corsage” (Austria), “EO” (Poland), “Return to Seoul” (Cambodia), “Decision to Leave” (South Korea), “Close” (Belgium) and “Argentina, 1985” (Argentina). 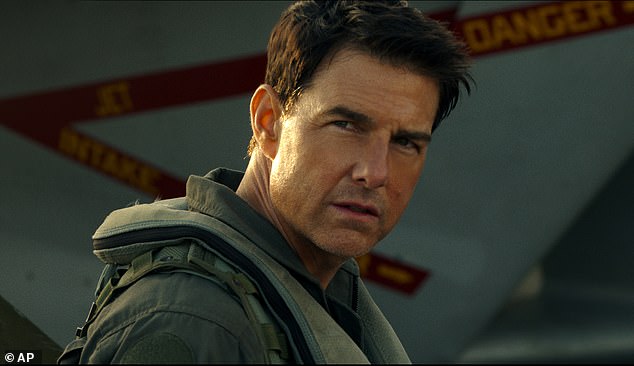 Ready to swoop for the Oscars? Tom Cruise’s blockbuster sequel Top Gun: Maverick is the running to receive an Oscar nod

The inclusion of “Joyland” marks the first time Pakistan has ever made the shortlist. Most of the directors are first-timers on the shorlist too, with the exception being Iñárritu.

India´s official submission was not S.S. Rajamouli´s popular action epic “RRR,” but rather Pan Nalin´s “Last Film Show” which made the cut becoming the first film from the country to do so in over 20 years. “RRR” could get nominations in other categories, including for the shortlisted original song “Naatu Naatu.”

Jafar Panâhi was also not put forward to represent Iran, whose selection was not among the 15 and Russia did not submit a film this year.

This image released by Marvel Studios shows, from left, Dorothy Steel as Merchant Tribe Elder, Florence Kasumba as Ayo, Angela Bassett as Ramonda, and Danai Gurira as Okoye in a scene from “Black Panther: Wakanda Forever.” (Marvel Studios via AP)

Documentaries advancing to the next stage of voting include Laura Poitras´s Venice-winning “All the Beauty and the Bloodshed,” about photographer Nan Goldin´s work and activism, Brett Morgen´s David Bowie film “Moonage Daydream,” Daniel Roher´s “Navalny,” about the Russian opposition leader, “The Janes ” about pre-Roe v. Wade activists, “All that Breathes,” “Descendant,””Fire of Love” and “Hallelujah: Leonard Cohen, a Journey, a Song.” It is a rather diverse group of stories and filmmakers: Eight were directed by women and four by people of color.

With many below-the-line categories at hand, big budget sequels like “Avatar,””Top Gun,” and “Black Panther” were well represented in the effects and sound categories, as well as original song which included Gaga´s “Hold My Hand,” The Weeknd´s “Nothing is Lost” from “Avatar: The Way of Water” and Rihanna´s “Lift Me Up” from “Black Panther.”

Also on the original song shortlist are Swift´s “Carolina” from “Where the Crawdads Sing,” Drake´s “Time” from “Amsterdam,” LCD Soundsystem´s “New Body Rhumba” from “White Noise,” Selena Gomez´s “My Mind and Me” from the documentary of the same name and Rita Wilson´s “Til You´re Home” from “A Man Called Otto.” Diane Warren also gets another shot at a competitive Oscar with “Applause” from “Tell It Like a Woman.” Doja Cat´s song from “Elvis” was not eligible. 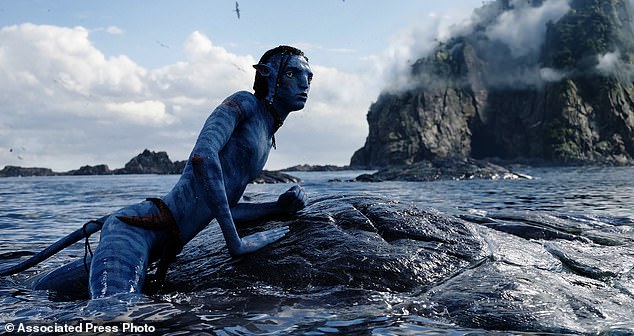 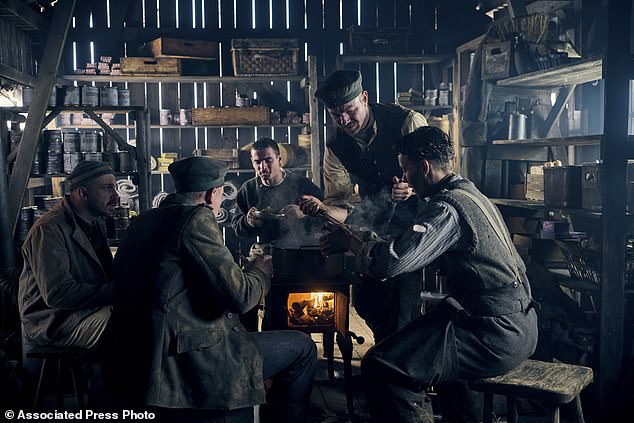 This image provided by Netflix shows Edin Hasanovic, from left, Aaron Hilmer, Albrecht Schuch and Felix Kammerera in a scene from “All Quiet on the Western Front.” (Reiner Bajo/Netflix via AP) 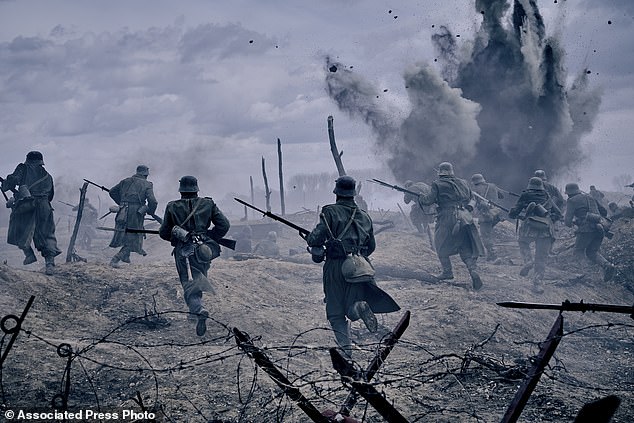 This image provided by Netflix shows a scene from “All Quiet on the Western Front.” (Reiner Bajo/Netflix via AP) 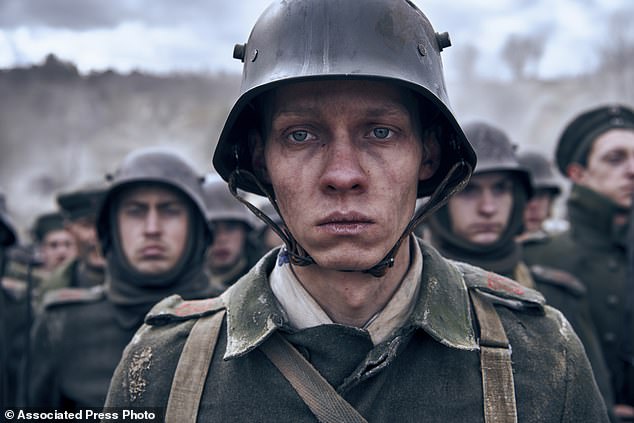 This image provided by Netflix shows Felix Kammerer in a scene from “All Quiet on the Western Front.” (Reiner Bajo/Netflix via AP) 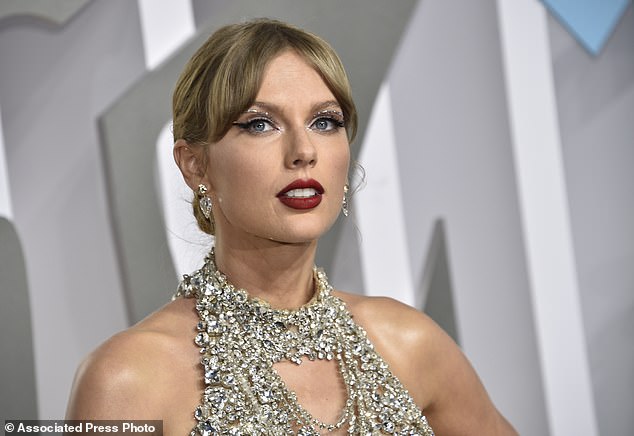 FILE – Taylor Swift arrives at the MTV Video Music Awards on Sunday, Aug. 28, 2022, in Newark, N.J. The Academy of Motion Picture Arts and Sciences today announced shortlists in 10 categories for the 95th Academy Awards, including Taylor Swift for the category of best original song for “Carolina” from “Where The Crawdads Sing.” (Photo by Evan Agostini/Invision/AP, File)

For the most part shortlists are determined by members in their respective categories, though the specifics vary from branch to branch: Some have committees, some have minimum viewing requirements.

“All Quiet on the Western Front” got quite a few spots on the shortlist, including original score, makeup and hair, sound and visual effects.

Among the visual effects selections were “Jurassic World Dominion, “Doctor Strange in the Multiverse of Madness” and “Fantastic Beasts: The Secrets of Dumbledore,” while makeup and hairstyling includes films David Cronenberg´s body horror “Crimes of the Future.”

Other films advancing in makeup and hairstyling include “The Whale,” in which Brendan Fraser transforms into a 600-pound man, “Elvis, “Emancipation,” “The Batman” and the Marilyn Monroe film “Blonde.”

The 15 original scores selected were winnowed for from 147 eligible and include “Women Talking” from Hildur Guðnadóttir, “The Fabelmans” from John Williams, “The Banshees of Inisherin” from Carter Burwell, “Babylon” from Justin Hurwitz, “Guillermo del Toro´s Pinocchio” from Alexandre Desplat and “The Woman King” from Terence Blanchard. Also in the mix are Ludwig Göransson (“Black Panther: Wakanda Forever”), Nicholas Britell (“She Said”) and Son Lux (“Everything Everywhere All At Once”).

Guðnadóttir´s “Tár” score was not eligible, nor was the “Top Gun: Maverick” score, written by Hans Zimmer, Harold Faltermeyer, Lorne Balfe and Gaga.

Nominations for all categories will be announced on Jan. 24. The 95th Oscars will be held on Sunday, March 12 and broadcast live on ABC. 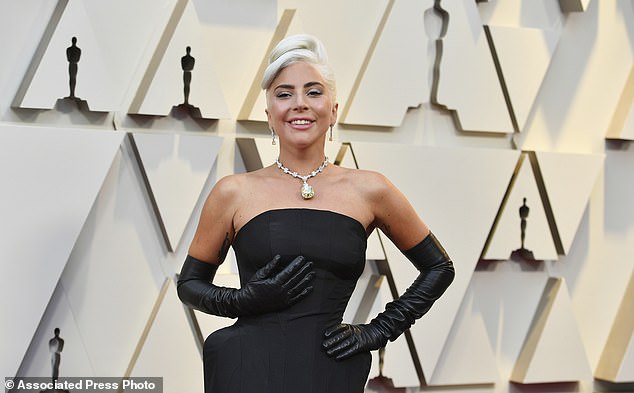 FILE – Lady Gaga arrives at the Oscars on Sunday, Feb. 24, 2019, in Los Angeles. The Academy of Motion Picture Arts and Sciences today announced shortlists in 10 categories for the 95th Academy Awards, including Lady Gaga for best original song for “Hold My Hand” from “Top Gun: Maverick” (Photo by Jordan Strauss/Invision/AP, File) 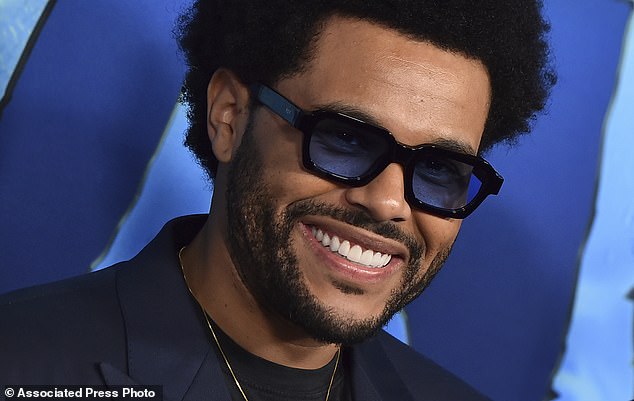 FILE – The Weeknd arrives at the U.S. premiere of “Avatar: The Way of Water,” Monday, Dec. 12, 2022, in Los Angeles. The Academy of Motion Picture Arts and Sciences today announced shortlists in 10 categories for the 95th Academy Awards, including The Weeknd for the category of best original song for “Nothing Is Lost (You Give Me Strength)” from “Avatar: The Way of Water.” (Photo by Jordan Strauss/Invision/AP, File) 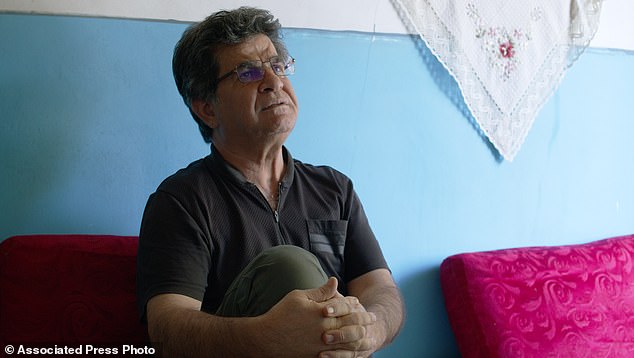 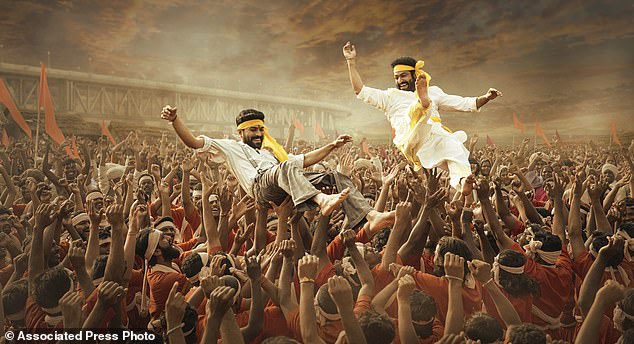 This image released by Netflix shows Ram Charan and N.T. Rama Rao Jr. in a scene from “RRR.” (Netflix via AP)