Home » Celebrities » Tom Holland: I owe everything to my mom, she’s an amazing lady Tom Holland: I owe everything to my mom, she’s an amazing lady 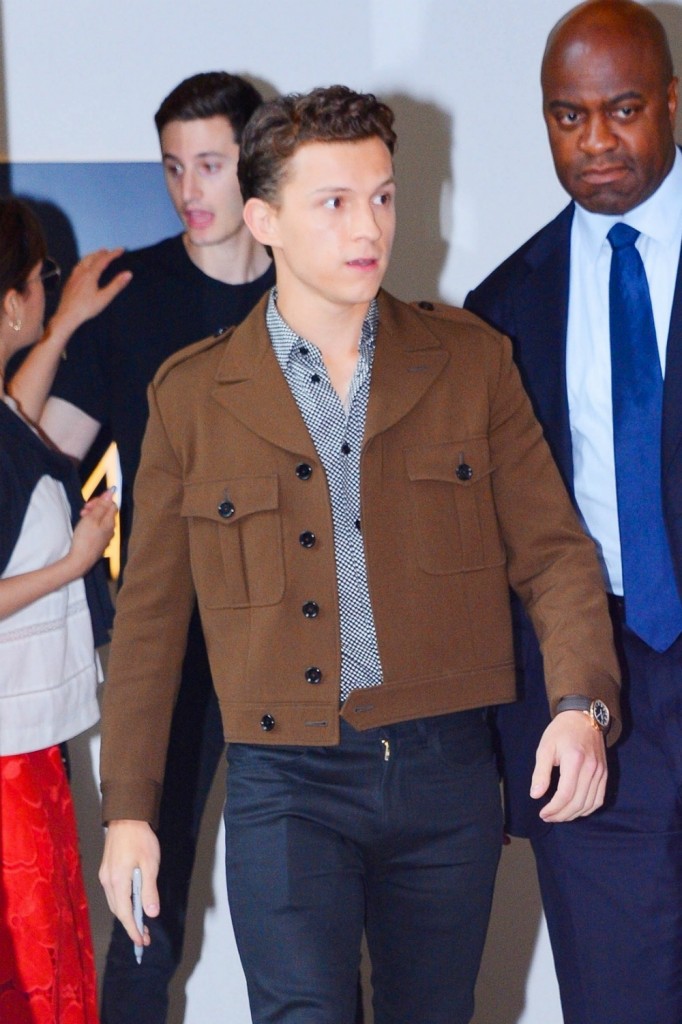 Tom Holland is out doing press for Spiderman: Far From Home, which opens next week and stars Jake Gyllenhaal, Zendaya, Samuel L. Jackson and Cobie Smothers. I absolutely adore Tom. I’m the same age as his mom so I can’t call it a crush, but I will watch anything he’s doing, be it promotion or project. I find him so charming. So far, I have yet to be disappointed. And it looks like it’s his photographer mom, Nicola “Nicky” Frost, I have to thank for that. Tom told Stephen Colbert that it’s his mom who keeps him in line. And not just with mom stuff, she gives him acting notes as well. So I guess that first Oscar will be dedicated to her.

The part at which he brings up his mom, which starts about 2:10, Tom is talking about how Spiderman: Homecoming was filmed thousands of miles away from his home and Far From Home was filmed 20 minutes from his parents’ house, which allowed them to pop by the set whenever possible. This allowed Nicky to give her notes:

But no one gives me notes like my mom does.

Oh yeah, “Really? You’re going to do it like that?” Thanks, Mom!

Was she going with you to auditions when you were younger? Was she along for the ride?

I owe everything to my lovely mum. You know, she did everything for me growing up, when I was going for auditions. And she was the one who said, “you’ve got to stretch if you want to be in Billy Elliot.” And I didn’t stretch. But I was still lucky enough to get the job.

Like touch your toes and that sort of stuff

You mean, literally, limber up if you going to dance. Well, that is good advice

It is good advice. My mum is an amazing lady.

And the crowd goes “aaaawww”. No literally, they aw’d and then applauded for Nicky. I find this is sweet, but also relate to it because my mom would be the first person to give me notes on anything I did. And like Tom, I would have my nose out of joint for a minute before I realized – she’s probably right. Plus I love how practical his mom’s advice is. It’s not ‘play to the director,’ or ‘outshine the competition,’ just ‘stretch – so you don’t get a charley horse!’ Nicky’s my kind of stage mom. And if you watched further, Tom needed some motherly advice when he attempted to work out with co-star Jake. After admitting he didn’t want to because, “Jake is ripped,” Tom felt compelled to compete with Jake’s stamina while at the gym, which left Tom unable to walk later that day. See, stretching would have helped there.

And I don’t know if this would have been Nicky’s advice, but I’m sure she’s proud of her son for coming to the rescue of a fan being crushed by professional autograph hounds recently. A girl who goes by @NaemlessCass, posted a video of Tom threatening to throw the hounds items on the floor if they didn’t back up and let her up. When she started panicking, he stayed and helped calm her down until she was safe. I’m telling ya’ – this kid!

And just because you all deserve it, here is an opening bit on Colbert in which Tom helped him with his Rescue Dog Rescue segments, where Colbert puts puppies in the arms of celebrities to get them adopted. He says he has a 100% adoption rate so far – bravo. 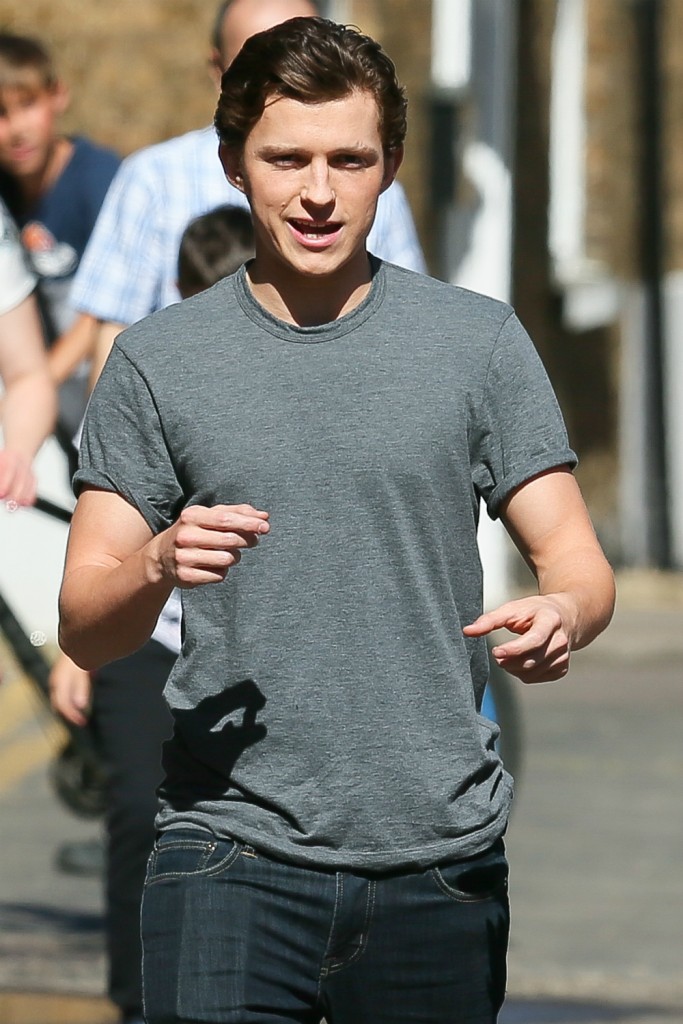 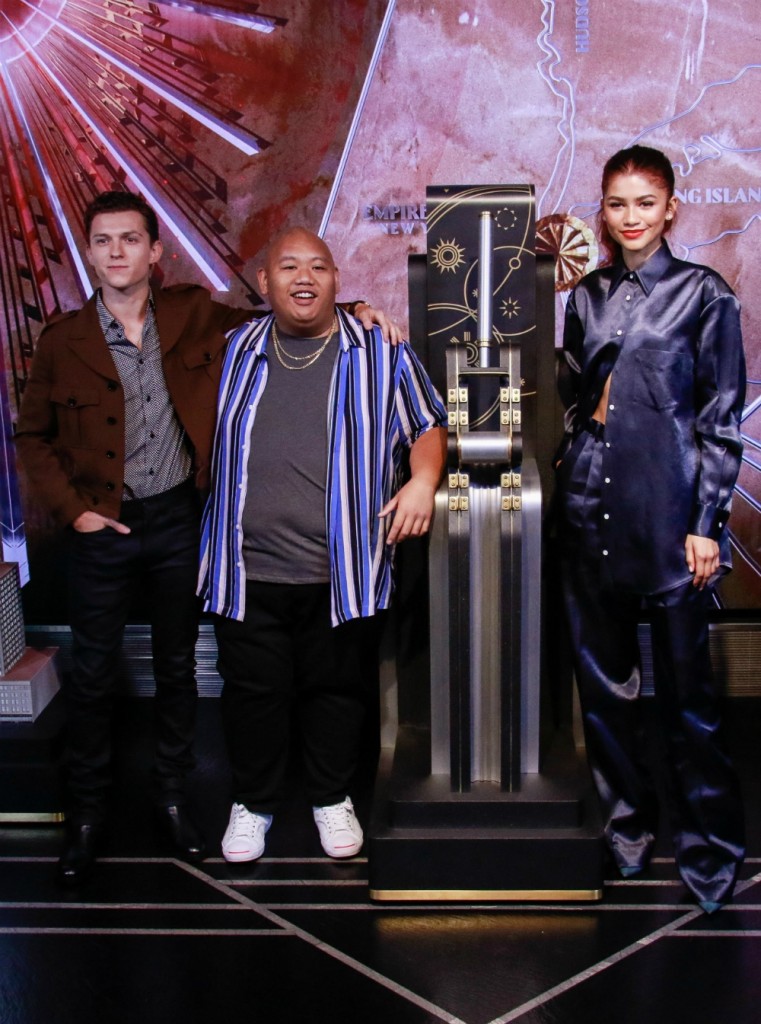 As the Twins Stay Hot, La Tortuga Earns a Warm Embrace in Minnesota

13 Top-Rated Suitcases From Amazon Perfect For Your Next Trip (and All Under $100!)
Recent Posts