I love 2019 Miley Cyrus we’ve been getting for the last few years. The one who’s a staunch feminist and a passionate advocate for teen homelessness and LQBTQ rights. The one who’s married to longtime BF Liam Hemsworth. But I’m not gonna lie, I also sometimes miss the"Wrecking Ball"-era Cyrus — y’know, the one who loved to twerk it up with her hair in space buns and her tongue sticking out to the side. You kinda miss her too, don’t you? Well, guess what? That Miley is still alive and well, y’all. Have you seen the video of Miley Cyrus twerking on Instagram? Because it’s nostalgic AF and it will give you all the Bangerz vibes.

The "Mother’s Daughter" singer hit up her Instagram story on July 17 to share a series of videos of herself dancing alone in her home pilates studio. And, like, of course she has her own pilates studio.

Anyway, the whole thing is a big mood and I am here for it. The first clip featured Cyrus clad in a cropped white tank and a pair of short shorts busting out a few seconds of dance moves before dropping down to the floor to twerk. She captioned the post "Someone come over," then cheekily punctuated it with a couple of iconic gifs of a shocked Macaulay Culkin in Home Alone.

Check out this screenshot: 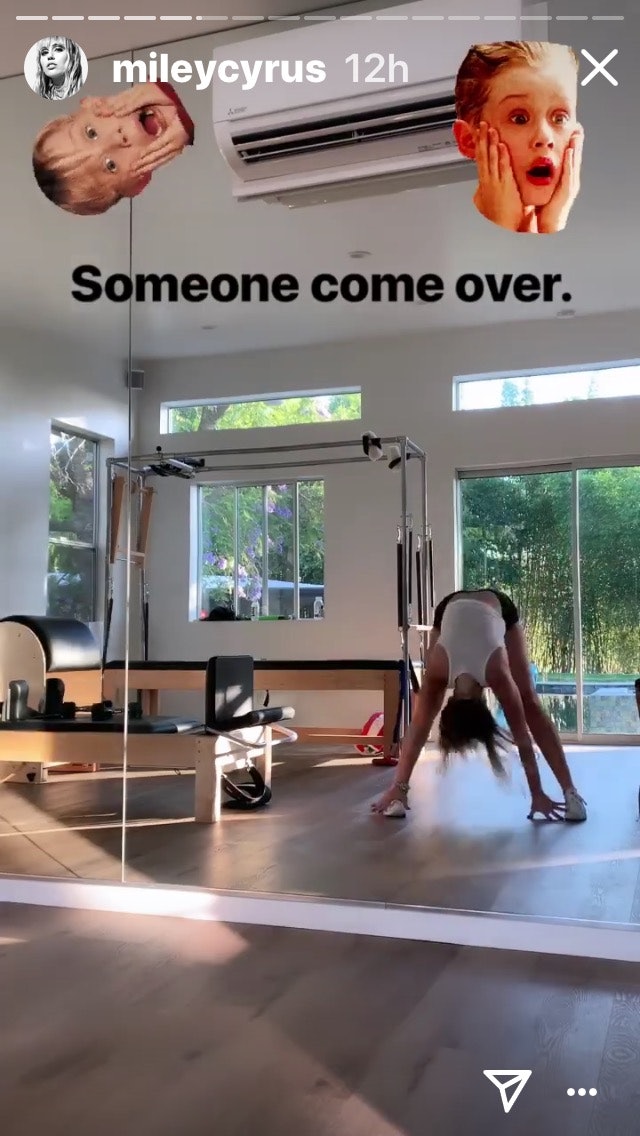 In the second clip, Cyrus name-checked Britney Spears — who’s known for posting vids of her own solo dance parties — and invited her over to bust out some moves. 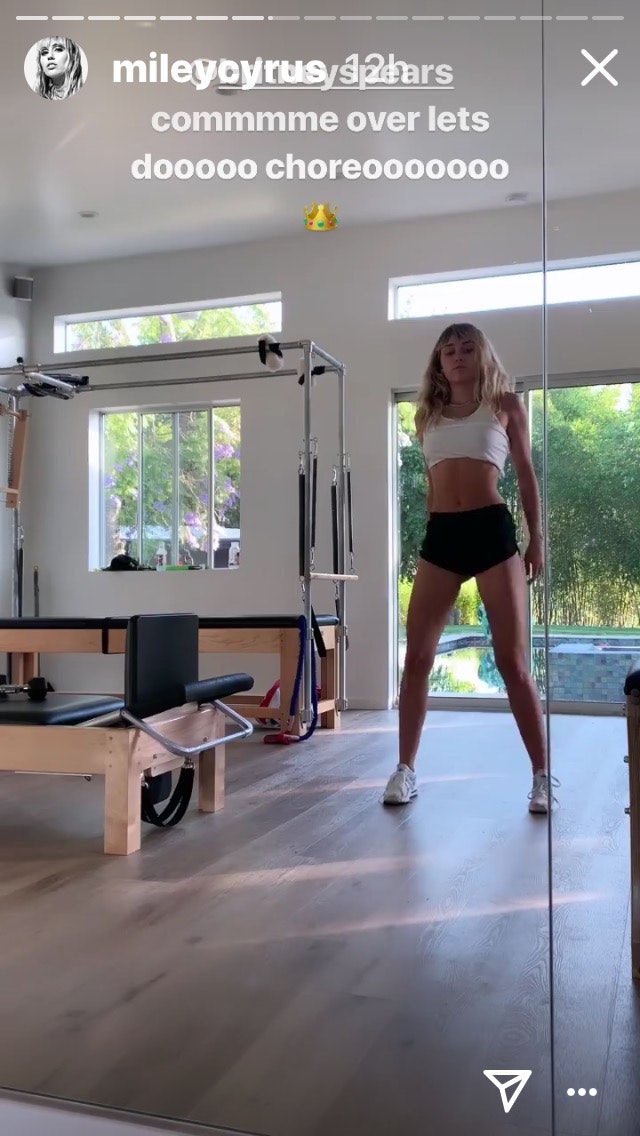 For the record, if B. Spears and MyCy end up collab-ing on a dance vid, I will legit lose my mind.

Meanwhile, over yet another clip of the twerk goddess shaking her booty on the floor while Megan Thee Stallion’s "Shake That" played in the backdrop, Cyrus wrote: "LOL #MeTime. Isn’t this what everyone does when they’re home alone on a Wednesday evening?" 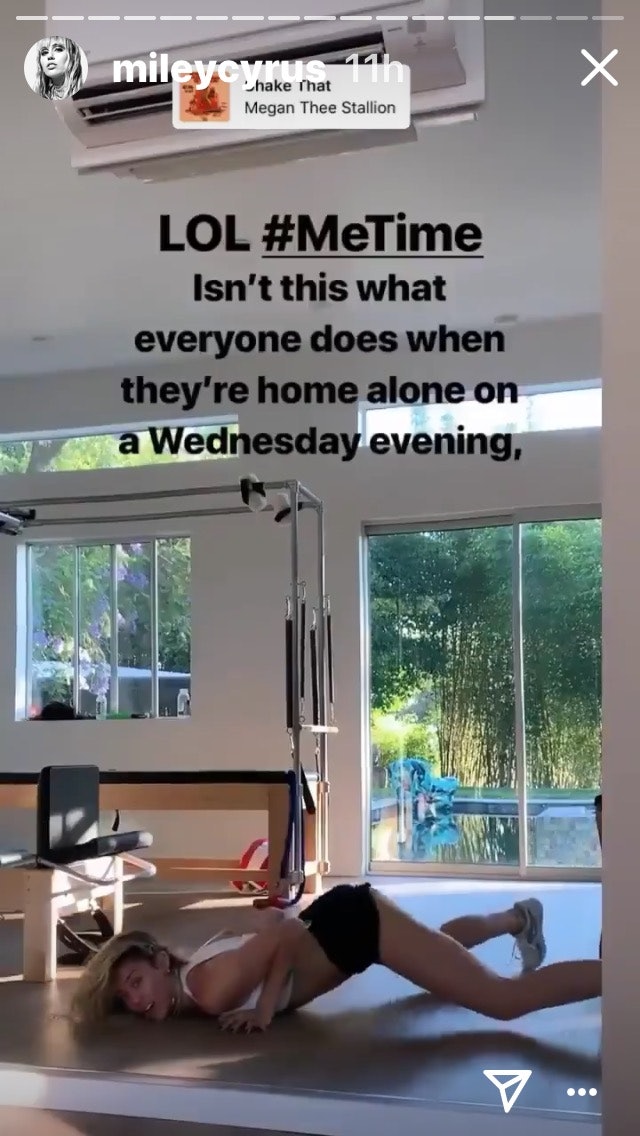 Uh, yeah, twerking in my home pilates studio with big glass doors and pool views is totally what I do when I’m home alone on a Wednesday night. By which I mean I shove handfuls of SkinnyPop in my face while watching Grown-ish and Younger.

Anyhoo, you guys wanna see a video of her epic solo dance party, or what? Well, duh, of course you do:

The awesome twerk vids come just after the release of Cyrus’ new EP, She Is Coming, the first of three planned six-song EPs that will make up her next album, She Is Miley Cyrus.

"’She’ does not represent a gender," the "Cattitude" singer recently explained to Elle. "She is not just a woman. ‘She’ doesn’t refer to a vagina. She is a force of nature. She is power. She can be anything you want to be, therefore, she is everything. She is the super she. She is the she-ro. She is the She-E-O."

And if this She-E-O just wants to twerk it out, so be it.