Home » The Real World: An Influx Of Confessional-Style Projects Forms A New Frontier In Documentaries The Real World: An Influx Of Confessional-Style Projects Forms A New Frontier In Documentaries

For the famous women at the heart of some of the year’s most compelling documentaries, there are no secrets. They reveal intimate details of past trauma and personal struggles with startling transparency.

“That was one thing that I was very good at,” Demi Lovato confides directly to camera in her docuseries Demi Lovato: Dancing with the Devil. “Hiding the fact that I was addicted to crack and heroin.”

Revelations from Lovato cascade throughout the four-part YouTube Originals series: dealing with bulimia and other eating disorders, mental health issues, her evolving sense of her sexuality, and, shockingly, being raped by her drug dealer.

“The hardest thing to talk about for me was the sexual assault. That was something that I had never shared with the world before,” Lovato says. “The world knew that I had overdosed—they didn’t know on what… But when it came to the third episode, I talked about the sexual assault. The healing that that did inside of me was so profound and I’m so glad I had that opportunity to do that. It was really difficult though, I’ll be honest.” 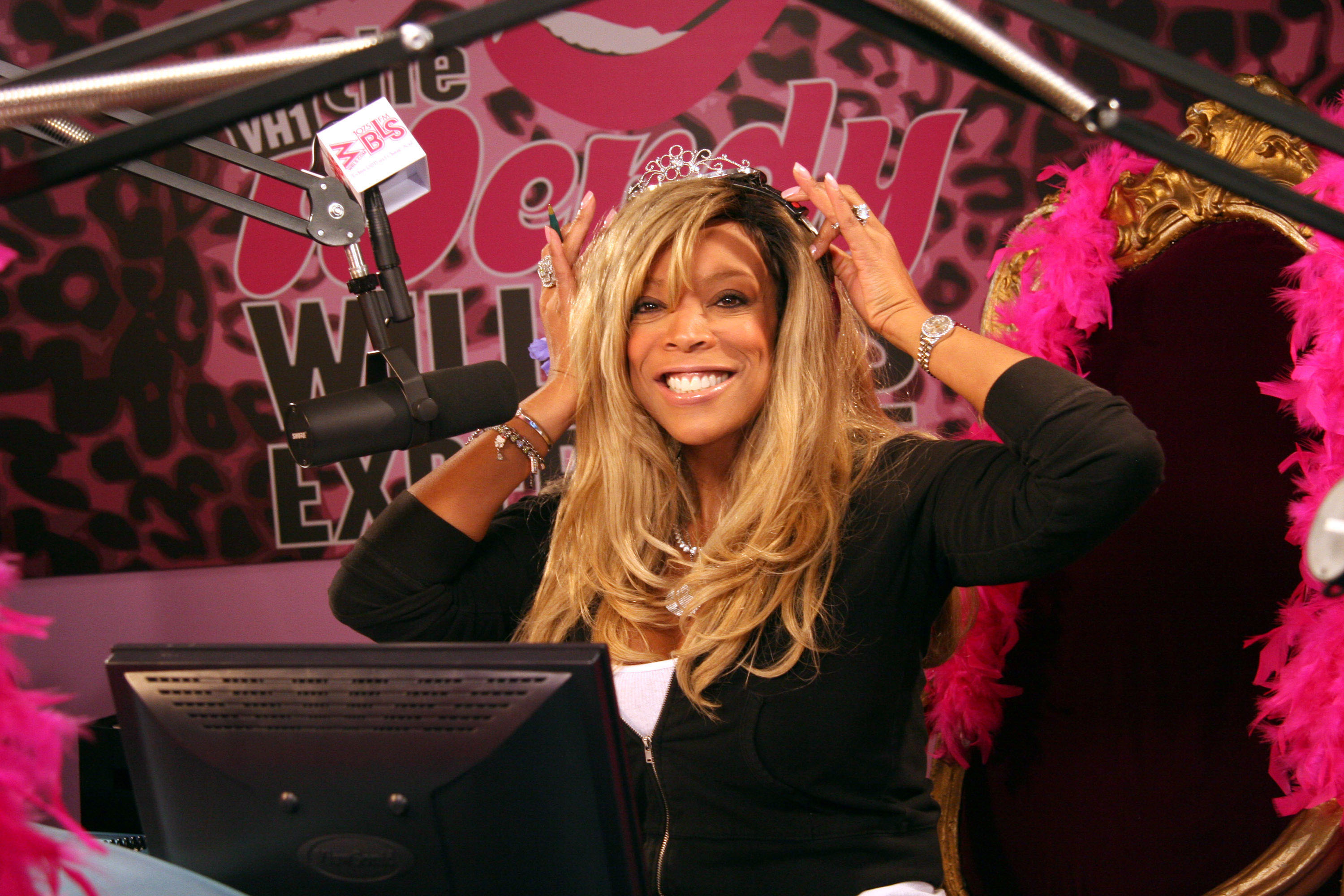 In Lifetime’s documentary Wendy Williams: What a Mess! the talk show host shares deeply personal stories of past drug use, plastic surgery, and eating disorders. Tears flow as Williams recounts being sexually assaulted in an incident she describes as date rape.

“I never told anybody,” she reveals.

Williams sobs over feeling betrayed by her husband after discovering he had cheated on her for years and fathered a baby with his mistress.

“Personally, it was very, very freeing and cleansing to tell my story,” Williams says. “And there’s not a bit of the story that was a lie.”

These new films point to an emerging type of nonfiction—the confessional documentary.

In This Is Paris from YouTube Originals, Paris Hilton deliberately breaks free of her image as a mondaine without a care in the world, the young woman who languidly dispensed the trademark phrase, “That’s hot.”

“I created this brand and this persona and this character, and I’ve been stuck with her ever since,” she admits in the film directed by Alexandra Dean. “I don’t even know who I am sometimes. I’m always kind of putting on this facade, like happy, perfect life.” 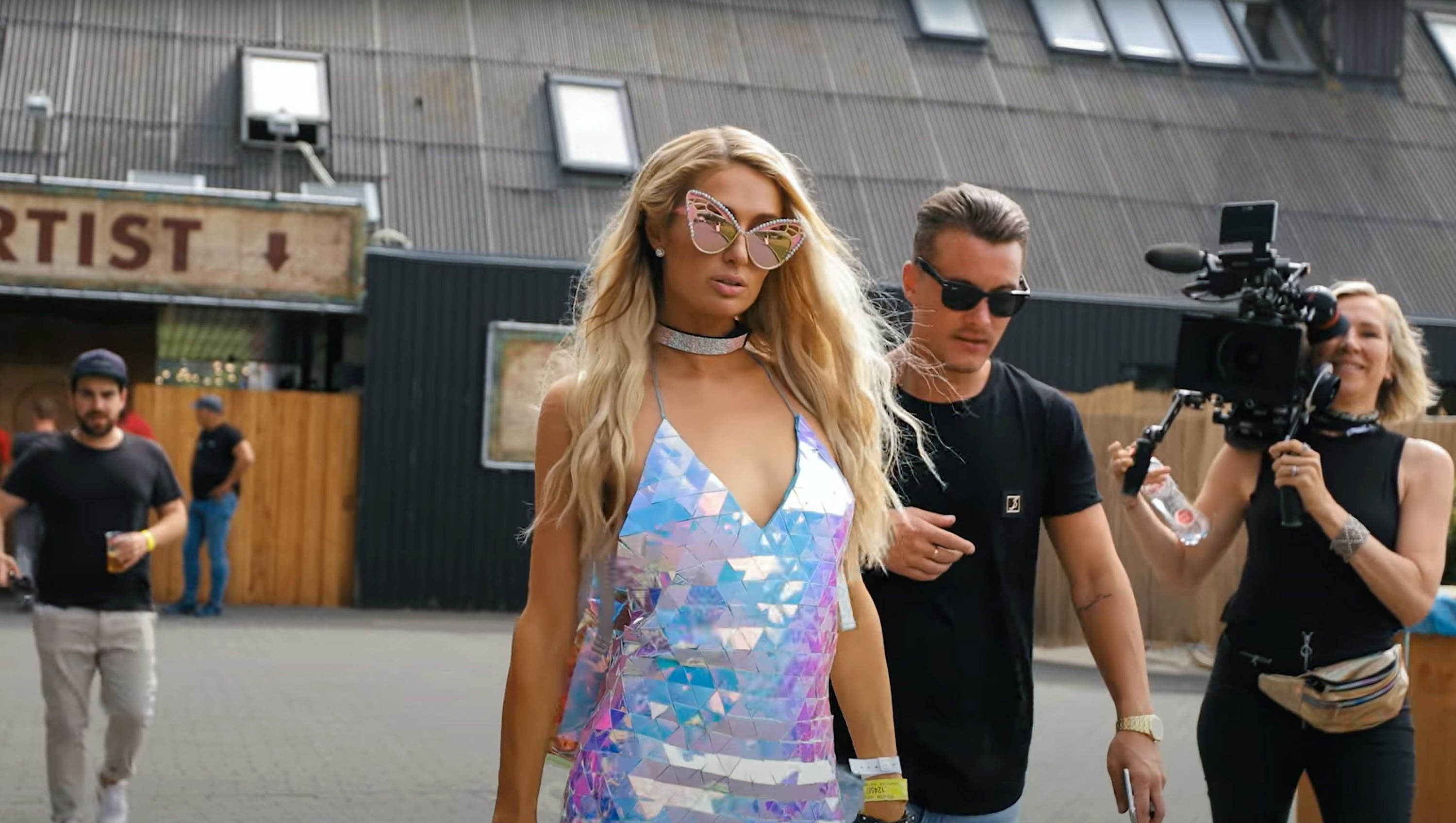 The truth was something darker. The film intimates Hilton created her insouciant character as a response to trauma she suffered while attending a ‘tough love’ boarding school in Utah; her parents shuttled her there in alarm at her becoming a much-gossiped-about and photographed party girl in New York.

“I was physically, emotionally and psychologically, verbally abused, daily” at the school, she shares. “It was just so traumatic and something I just never even wanted to think about again, or talk about or tell anyone. So, I had no idea that I was ever going to reveal this part of my life.”

Taking part in a confessional documentary seems to have had a genuinely therapeutic effect.

“I had no idea of just the power of being honest and truthful, what it would do and just how many people could relate to my story,” Hilton observes, adding, “I feel like people finally understand and respect me and I’m just so grateful for this film… It’s been the most healing experience of my life.”

“It was a healing experience for me,” she says, “that I’m so grateful that I got to do with Michael.”

Sharing sensitive details of their personal lives requires an embrace of vulnerability. But along with therapeutic value, it gives public figures the chance to shape their own narrative. Social media has likewise helped celebrities achieve that end, but the confessional documentary goes further. And there is another benefit to such truth-telling: the opportunity to help those who see the films.

“I knew that someone out there needed to hear what I had to say in my story,” Lovato says, “so that it could help prevent them from possibly going down the same road that I did.”

“I’ve been reached out to by so many other survivors who have been through the same thing as me,” Hilton comments of people who, like her, have endured such abuse at boot camp-style schools. “It’s just started an entire movement of survivors coming out and telling their story and people writing me and leaving me messages saying, ‘Thank you so much. No one has ever believed me. I’m finally being believed.’” 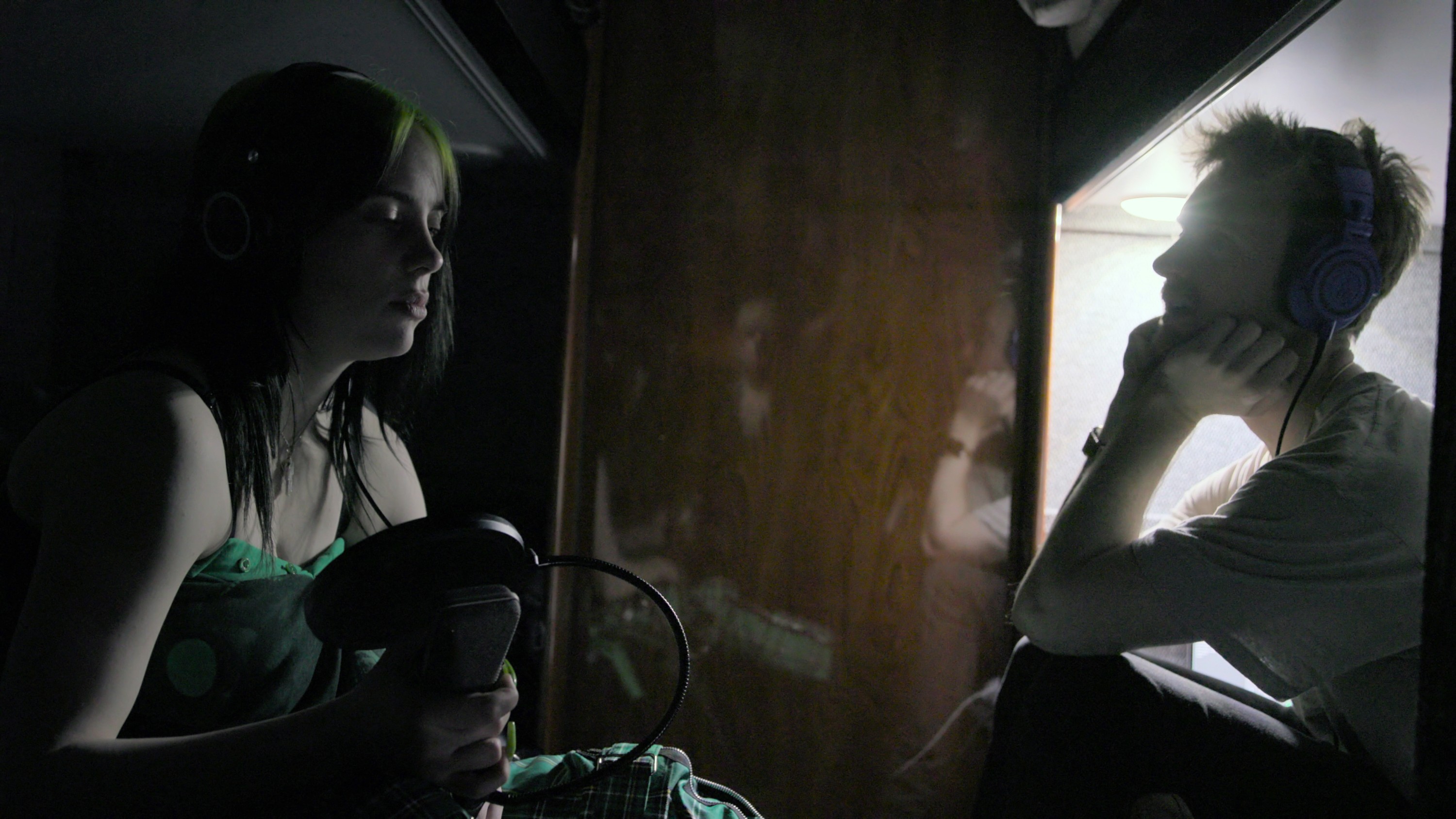 The Apple TV+ documentary Billie Eilish: The World’s a Little Blurry doesn’t quite fall into the confessional documentary mold, however. There isn’t necessarily trauma at the very center of it. Yet, it too reaches a remarkable level of intimacy, never more so than when the teenage singer songwriter is discussing a depressive side to her personality. At one point she talks of harming herself when she was 14 or 15.

“I had razors hidden in places and I had band-aids hidden in a little corner of my room,” Eilish reveals. “I was literally locking myself in the bathroom and making myself bleed because I thought I deserved it.”

In the film directed by R.J. Cutler, Eilish shares her journals which contain ominous drawings, like images out of a Tim Burton movie. The audience is given a look at poetry she has written, with bleak lines such as these: “An intense feeling of the absolute end… I am a void. The epitome of nothing.”

“The day I met her, she was drawing in that notebook,” Cutler recalls. “There was that notebook connecting her to her younger self, who was cutting and who had suicidal ideation and a lot of challenges that a lot of young people face. And yes, this is one of the great things that Billie has contributed as a public figure, the normalization of the lack of shame around these issues, the fact that these are things that young people struggle with, that all people struggle with, that depression is not something to be ashamed of, that these things can be discussed, and they can be discussed openly, and that art can help us find our way through them. We see that in this film.” 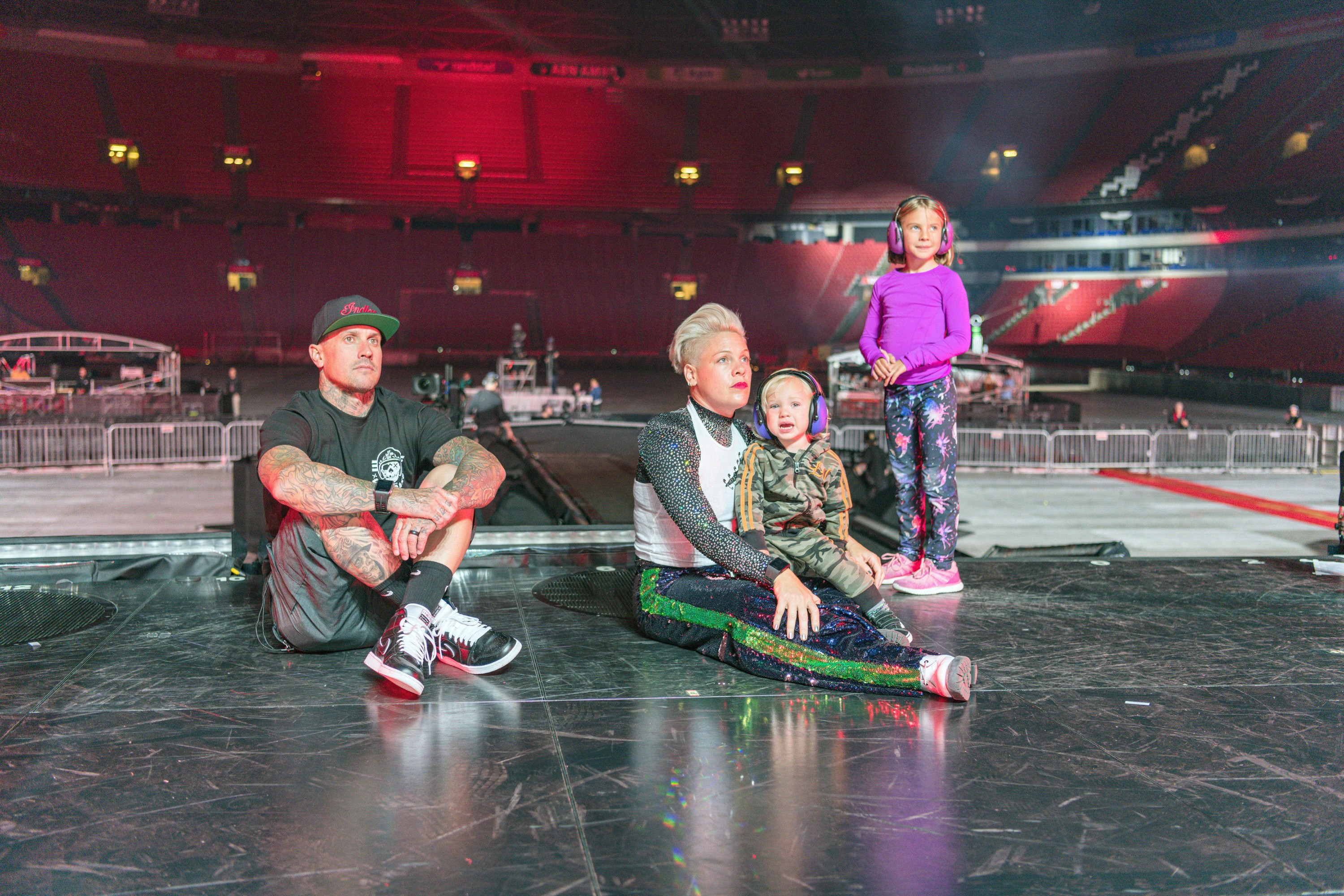 This no-holds-barred approach to storytelling sets a new standard for what audiences can expect from celebrity-oriented documentaries. It isn’t the conscious image-making of quasi-unscripted reality TV soaps like Keeping Up with the Kardashians, instead it’s something more truly authentic and real.

Pop singer Pink (real name Alecia Moore) delivers on that promise with her Amazon Studios documentary Pink: All I Know So Far, another Emmy-contending film. Most stars are reluctant to allow their kids to be filmed, but Pink’s young daughter and son appear throughout the documentary, traveling the world with their mom during her “Beautiful Trauma” tour. In voiceover, Pink ponders how her children’s perception of her may change with time. 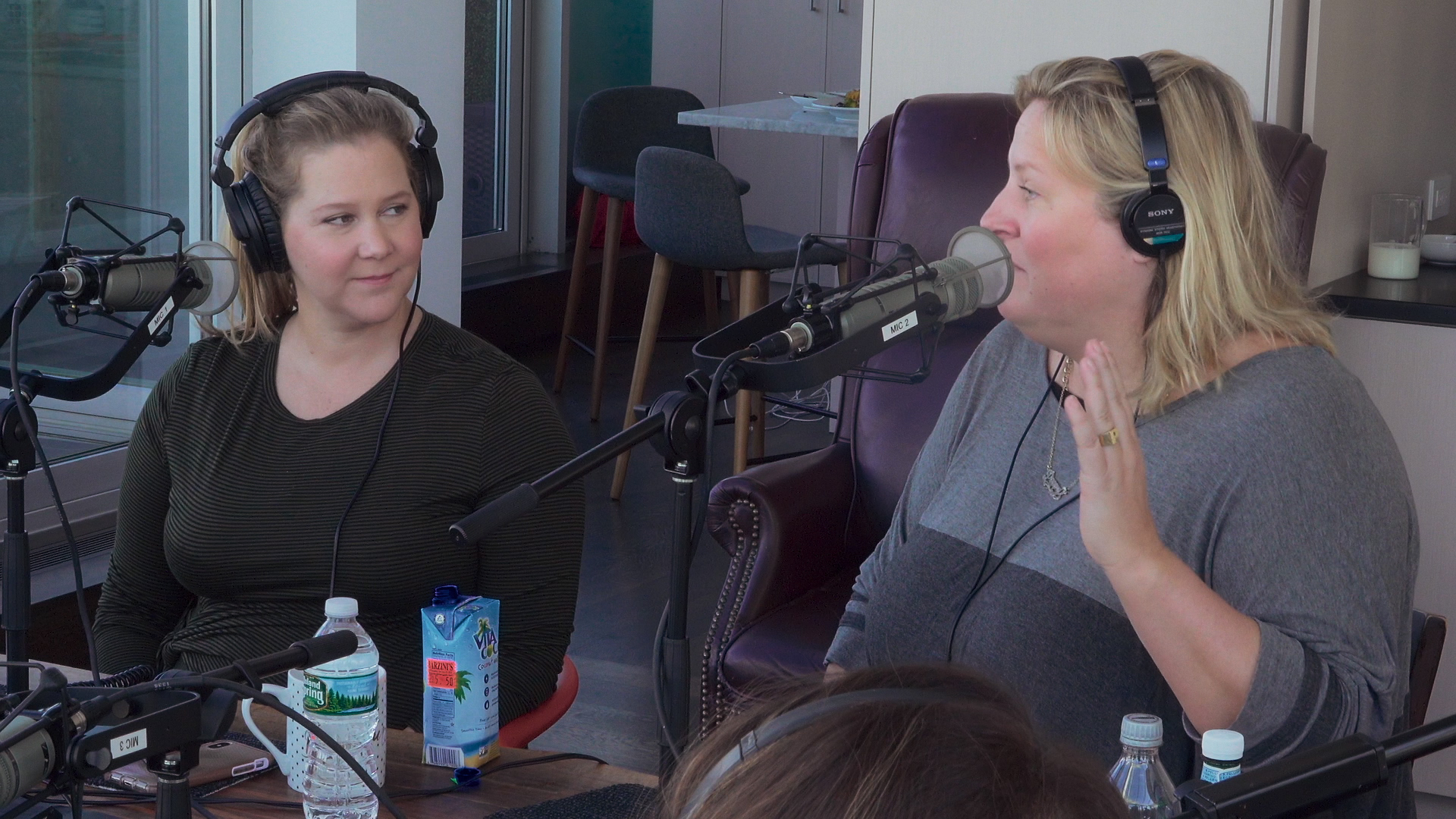 Comedian Amy Schumer takes sharing to new levels in her HBO Max docuseries Expecting Amy, about her difficult pregnancy and resulting struggle with hyperemesis gravidarum, a condition that produces extreme nausea and vomiting.

“I just got to Chicago and I’ve been throwing up all day,” she says in one of her many unvarnished moments. “I resent how much women have to suck it the fuck up and act like everything’s fine.”

Schumer is an executive producer on her series. Wendy Williams and Pink occupy the same roles on their documentaries. Paris Hilton is credited as a producer on her film. That suggests a degree of authorship on the projects that wasn’t present in the case of another Emmy-contending documentary about a pop star, Framing Britney Spears. The “Toxic” singer did not participate in that film, which sets it apart from other confessional documentaries.

In the case of Billie Eilish: The World’s a Little Blurry, director R.J. Cutler notes he had final cut, but he sees the finished film as a collaboration between Eilish and himself.

“The story belongs to the subject, not to the filmmaker,” Cutler insists. “It’s this year in Billie’s life. Absolutely, I respect that the story is hers. I want to tell it as truthfully as possible… But what we are is engaged in a relationship [between director and subject]. And it’s a relationship based on trust. Our goal is for Billie to feel as comfortable being herself with us as she is with anybody with whom she’s fully comfortable being herself. Because that’s what we want to film—Billie being herself.”

Being entirely and honestly oneself, with all the messiness that can entail, is what this few form of documentary is all about.