Princess Diana spoke from her grave — at least, according to a mysterious note she left behind that had the British police up in arms, per People. Not only did the people’s princess raise her powerful voice and prove that her words carried some weight post-mortem, but she also managed to raise an accusatory finger at her ex-husband, Prince Charles. Talk about a supernatural read!

For those who need a quick recap of Charles and Diana’s messy divorce, let’s spill the tea. The Duke of Cornwall always had a thing for Camilla Parker-Bowles. It seems as if their long-running affair soured his marriage to Lady Di, and in an unforgettable interview, she famously told journalist Martin Bashir, “Well, there were three of us in this marriage, so it was a bit crowded,” per People. At the same time, Diana herself wasn’t exactly the prim princess everyone thought she was. According to Australia’s News, the Princess of Wales had been having a scorching affair with James Hewitt and “Squidgygate”‘s James “Squidge” Gilbey. By the early 1990s, Diana and Charles’s marriage was hanging on by a thread, and the British press kept hammering their fragile union with explosive new receipts.

Their resulting divorce was messy and cringe-worthy enough that royal-watchers around the globe were utterly fascinated by the accusations being flung both ways. It also appears as if Diana believed that her husband had an agenda before her tragic 1997 death. Keep reading to find out why Prince Charles had to face the music after his ex-wife’s death. 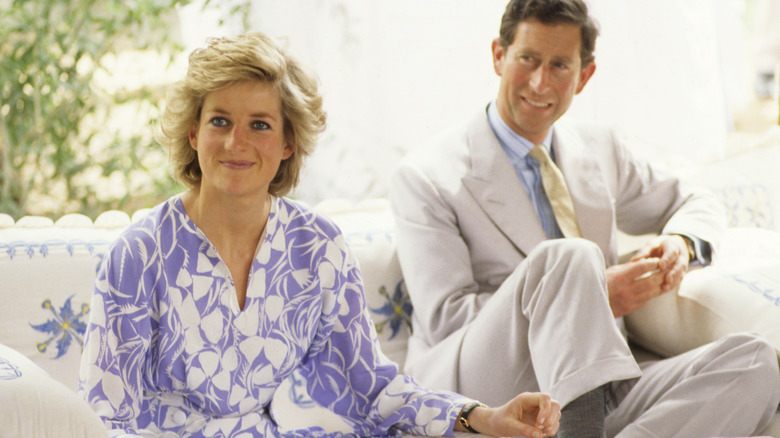 Princess Diana may have predicted her own death. According to Daily Mail, she wrote in a 1995 note, “This particular phase in my life is the most dangerous,” and predicted that someone would sabotage her vehicle. Per the Mirror, Prince Harry described the nightmare of being in a car with his mother by stating how they were “Strapped in the car … mother driving and being chased by three, four, five mopeds with paparazzi on.” Harry added, “She was always unable to drive because of the tears. There was no protection.” Tragically, she lost her life in a car accident in 1997.

In 2005, Prince Charles had to face the music when Diana’s note came to light. Scotland Yard’s chief John Stevens told the Daily Mail that Diana had written, “My husband is planning an accident in my car. Brake failure and serious head injury…” Diana thought that he wanted to marry Tiggy Legge-Bourke, her children’s young nanny. She claimed, “Camilla is nothing but a decoy so we are being used by the man in every sense of the word.”

Of course, the police had to investigate and called Charles in. However, Stevens told the Mail, “Yes, allegations had been made about the Prince of Wales and other royals but … We found no other evidence to support the scenario suggested in Diana’s note.” For his part, Charles said, “‘I did not know anything about [the note] until it was published in the media,” and maintained that he had never discussed it with Diana.