Once an accomplished attorney and chief federal prosecutor, Rudy Giuliani helped prosecute organized crime in New York City and once brought down an international drug ring, according to The New York Times. As a mayor, he was largely credited for helping New York heal in the wake of 9/11. Somehow, though, Giuliani became embroiled in controversy, especially when he started throwing his full support behind former President Donald Trump and his false claims of election fraud.

This “support” has arguably gone beyond loyalty and friendship and has now veered into the troublesome. Case in point: On June 24, an appeals court in New York announced that Giuliani’s law license had been suspended, CNN reported. Although some Trump loyalists are claiming the move was a political one, the appeals court insists that their motivations are rooted in matters of both law and ethics.

So, what is the real reason for NY’s decision to suspend Rudy Giuliani’s law license? Let’s take a deeper look. 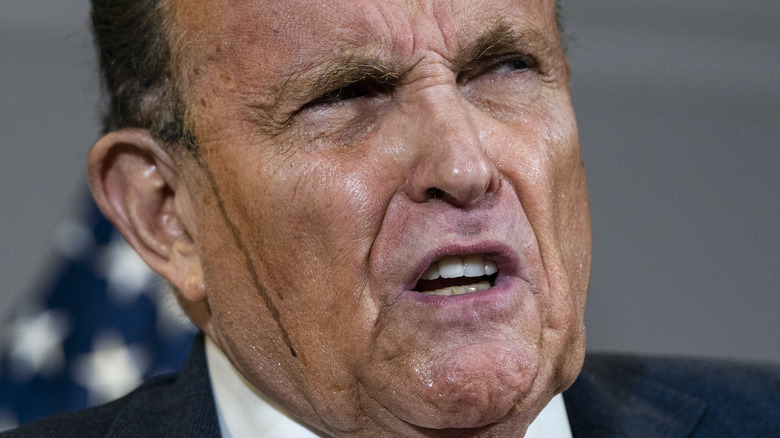 A New York appellate court determined that Rudy Giuliani made false statements while trying to get the courts to overturn the 2020 election results, CNN reported. The court that decided Giuliani’s fate said there was “uncontroverted evidence” to prove that Giuliani was lying to get his way.

“This country is being torn apart by continued attacks on the legitimacy of the 2020 election and of our current president, Joseph R. Biden,” the ruling outlined, per CNN. “The hallmark of our democracy is predicated on free and fair elections. False statements intended to foment a loss of confidence in our elections and resulting loss of confidence in government generally damage the proper functioning of a free society.” According to the American Bar Association, a lawyer can get suspended if he or she engages in professional misconduct, and lying to the courts certainly qualifies. Suspended lawyers, like Giuliani, are no longer allowed to represent clients as lawyers, or practice as lawyers in the state of New York.

As for Giuliani’s response? “This is unprecedented as we believe that our client does not pose a present danger to the public interest,” his lawyers argued. “We believe that once the issues are fully explored at a hearing Mr. Giuliani will be reinstated as a valued member of the legal profession that he has served so well in his many capacities for so many years.”

Will Khloe Kardashian Ever Give Tristan Thompson Another Chance?