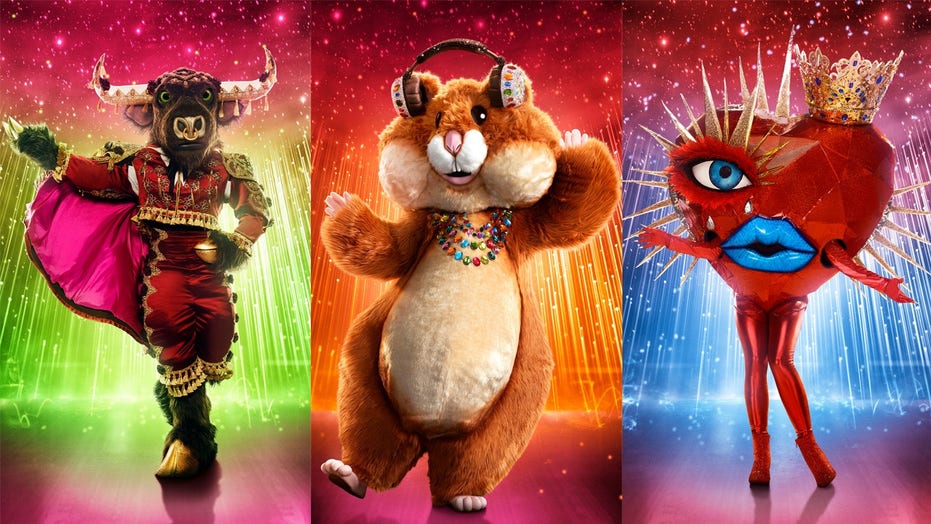 “The Masked Singer” is preparing for its triumphant return.

The popular singing competition show’s sixth season is set to premiere on FOX on Sept. 22 at 8 p.m. Eastern.

In a behind-the-scenes featuring panelist Robin Thicke obtained by Fox 5 New York, fans got a glimpse at all of the action that isn’t seen when the camera rolls for showtime.

The video begins with Thicke, 44, stashing away a binder full of “confidential information” that viewers are not “privy to just yet” before kicking off a tour of the set. The “Blurred Lines” singer is briefly joined by fellow panelist Ken Jeong. 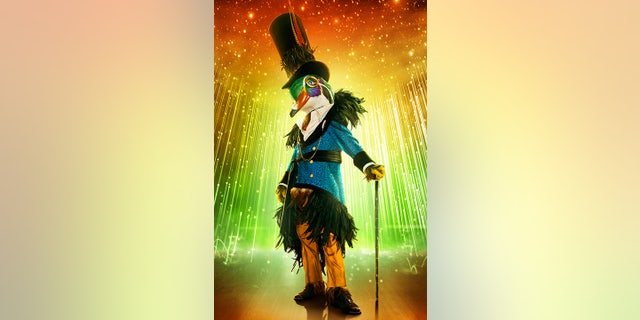 Season 6 of "The Masked Singer" will feature a performer dressed as a mallard.
(Michael Becker / FOX. ©2021 FOX Media LLC.)

Next, viewers are taken through “the mysterious mouth of ‘The Masked Singer,’” as Thicke puts it, to a small gallery backstage featuring costumes of past winners, including Wayne Brady’s fox, Kandi Burruss’ night angel and T-Pain’s monster. 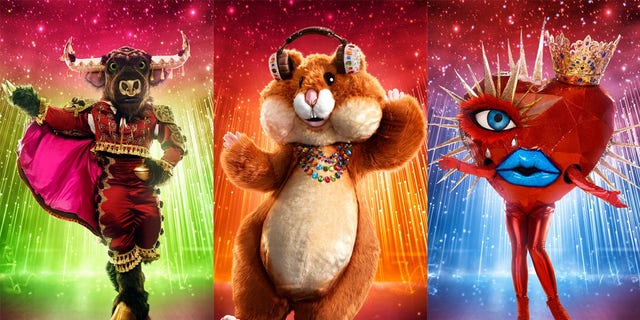 The bull, the hamster and the queen of hearts.
(Michael Becker / FOX. ©2021 FOX MEDIA LLC)

The singer then gave a tease about one of this year’s performers.

“This year, we have some incredible costumes. One is the banana split,” Thicke reveals. “The caterpillar – which is one of the favorite costumes – and then we have a mallard who’s got a twang and sings a mean country song.”

Fans then get a glimpse at the backside of the LED lights that illuminate the stage, which Thicke says “costs more than my life.” 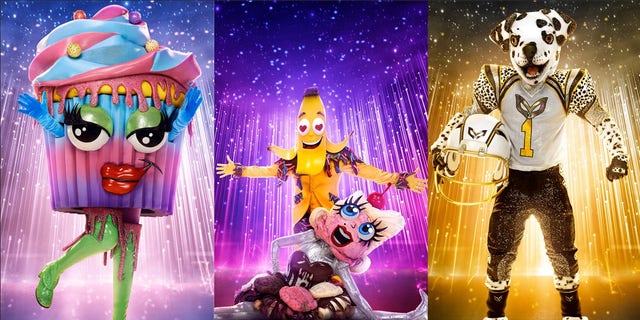 “This season, I’m supposed to do a duet with somebody, so don’t miss that,” he teases.

Also released were a slew of images of some of the upcoming contestants.

As noted by Thicke, the lineup contains a dapper duck and a banana split – a duo with one member dressed as a banana and the other as ice cream. Other competitors this season include a bull, a dalmatian, a cupcake, a hamster and the queen of hearts.