It seems like it’s been a million years since the final season of Games of Thrones, even though it’s actually only been two months. But to be fair, that could be because many of us are trying to forget that we ever watched the final season—honestly what was that?!

Some of the cast got back together at Comic-Con on Friday to talk all things GoT, and they addressed the controversial final season as well as the Change.org petition to “Remake Game of Thrones Season 8 with competent writers” that got 1.6 million signatures. 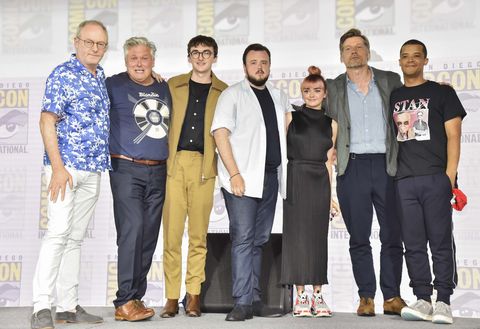 They talked about the very negative reaction to the final season with Nikolaj addressing the petition head-on, saying, “It was surprising the level of absurdity of the online petition.” He continued:

Conleth joined in, saying, “You look at the amount of people who are here [at the Comic-Con panel]. We are here to thank you for watching us all those years. This is the reality rather than a media-led hate campaign.”