The rappers had partied separately at a nightclub in Atlanta on Saturday before coming across each other in the carpark.

Both Tekashi, 24, and Meek, 33, filmed each other screaming expletives and insults at one another while being held back by their entourages and security teams.

Sharing his footage of the incident on Instagram, Meek wrote: ‘The feds sent him to take me out wtf. [I] had to spit on him so he retreated lol he really waited outside the club for me. I thought I was dreaming wtf we almost smoked him lol he posed a lil threat popping up in the parking lot waiting for me.’

The All Eyes On You rapper added in a series of tweets: ‘69 waited out side the club for me they tryna get usssssss wtf.

‘We did not run into eachother I was getting in my car he just popped out ….we almost was smoking on that 69 pack for the love of a viral moment ….. he tryna get something locked up no cap lol.

‘Why did he pick meeeee wtf lol. Then he said a Pooh shiesty bar to me wtf.’ 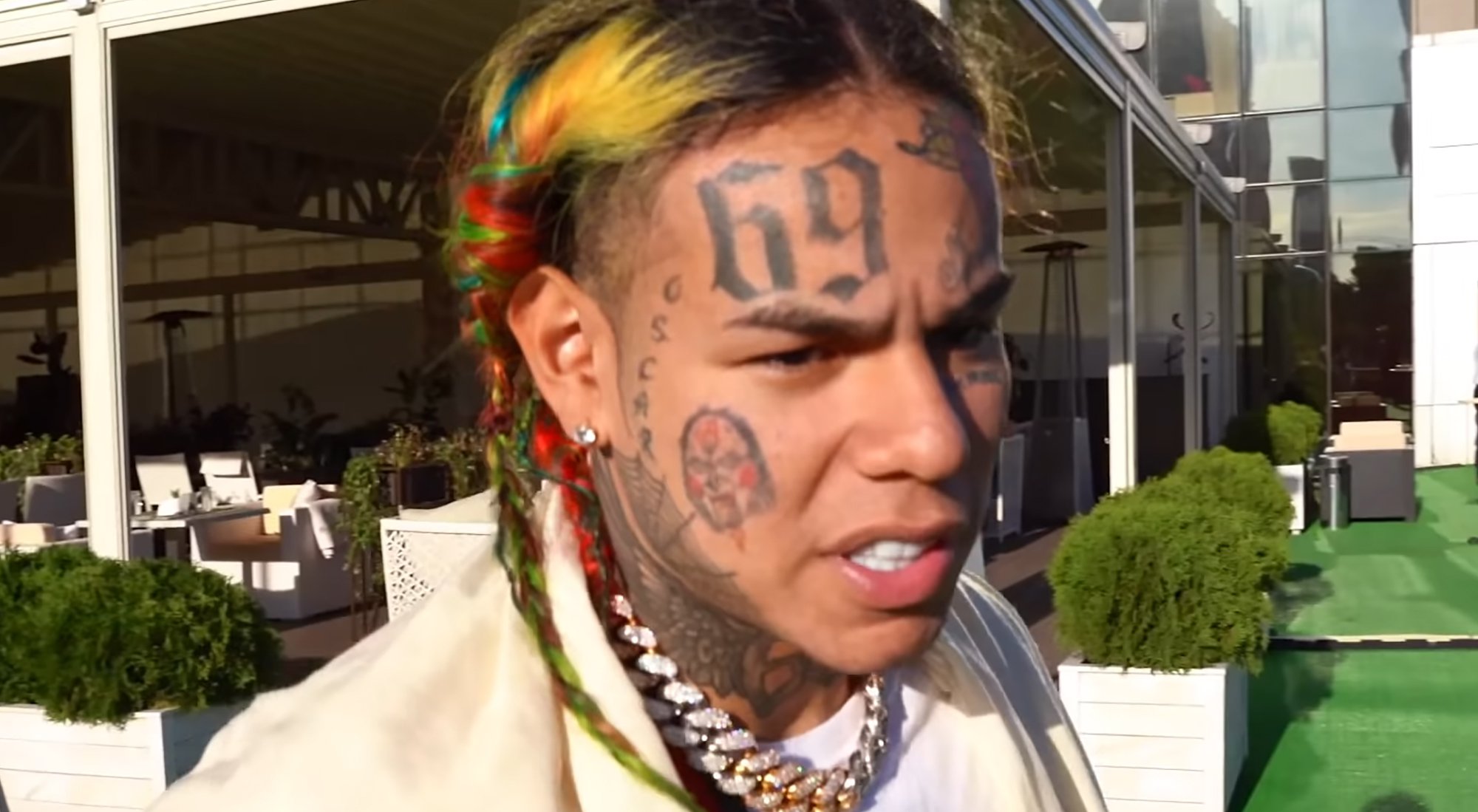 Tekashi, who was seen getting into a car and leaving the scene, said in his own Instagram post: ‘Stop letting these rappers lie to you! They to [sic] tough for security @meekmill running around with police.’

However in his Instagram stories, Meek accused Tekashi of waiting in the carpark with police to get him arrested and to create a viral moment.

Both rappers have had run-ins with the law in recent years.

Tekashi, real name Daniel Hernandez, was released from prison in April after pleading guilty to racketeering conspiracy and several other charges.

He was immediately put on house arrest per the terms of his early release but is believed to now be off home confinement.

‘That’s the only thing ima day because he’s dead… left his baby mom and child like a coward as targets!’

Last June, Tekashi fired back and said in an Instagram live: ‘I’ma start with Meek Mill … I’m not clout chasing. I have more followers than you.

‘Meek Mill, you can’t pick and choose who you want to call rats. This is public information … Sir, you know. Ever since Nicki left you, you are a nobody … Did you forget who you was? I forgot what Drake said, what did Drake say? “Was that your tour or your girl’s tour?”‘

Britney Spears Isn't Working on Her Own Documentary Despite Reports, Says Source: 'It's Not Happening'
Recent Posts