Teenager copied my song? I don’t care! Elvis Costello defends chart-topper Olivia Rodrigo, 18, after she is accused of plagiarising his track

Singer Elvis Costello has defended chart-topper Olivia Rodrigo after she was accused of plagiarising one of his songs.

Brutal, a track on the 18-year-old American’s hit album Sour, features a guitar riff similar to one in Costello’s Pump It Up.

But the English veteran acknowledged his 1978 song was influenced by Bob Dylan’s 1965 song Subterranean Homesick Blues, which was itself inspired by Chuck Berry’s 1956 record Too Much Monkey Business. 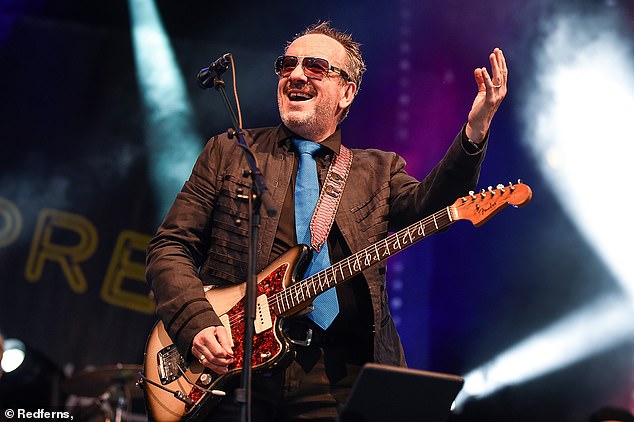 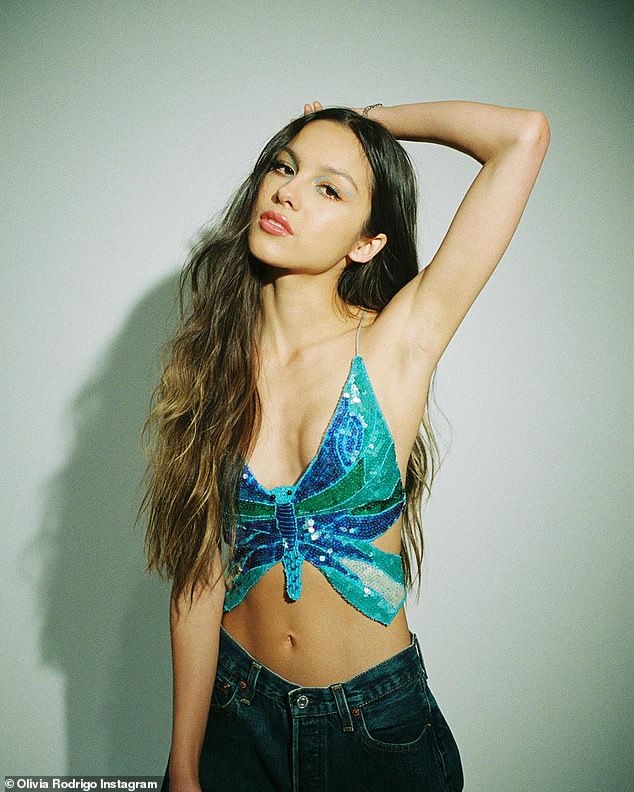 Olivia Rodrigo’s Brutal, a track on the 18-year-old hit album Sour, features a guitar riff similar to one in Costello’s Pump It Up

Replying to a Twitter user who said Brutal is ‘pretty much a direct lift from Elvis Costello’, the 66-year-old star wrote: ‘This is fine by me… it’s how rock and roll works.

‘You take the broken pieces of another thrill and make a brand new toy. That’s what I did.’

He then used hashtags to refer to the Dylan and Berry tracks.

Courtney Love from the band Hole, meanwhile, has accused Rodrigo of imitating her album art.

The cover for Hole’s 1994 album Live Through This features Love as a prom queen in a tiara, holding flowers with heavily smudged mascara.

Love shared the picture of Rodrigo on Instagram and wrote: ‘Spot the difference! £twinning!’

Rodrigo commented: ‘love u and live through this sooooo much.’

Copyright claims are a common occurrence in the music industry and Led Zeppelin have been embroiled in a lengthy battle over the claim the 1971 mega-hit Stairway To Heaven violated the copyright of a 1968 song called Taurus by the band Spirit.

Pop stars Lizzo, Ed Sheeran and Shakira are also among the stars who have faced accusations.

Jurors decided in a 2015 trial that Robin Thicke’s Blurred Lines copied Marvin Gaye’s Got To Give It Up, and a jury in 2019 found that Katy Perry’s hit Dark Horse copied from a Christian rap song.

Dance Music Market Lost Half Its Revenue in 2020, Says Study