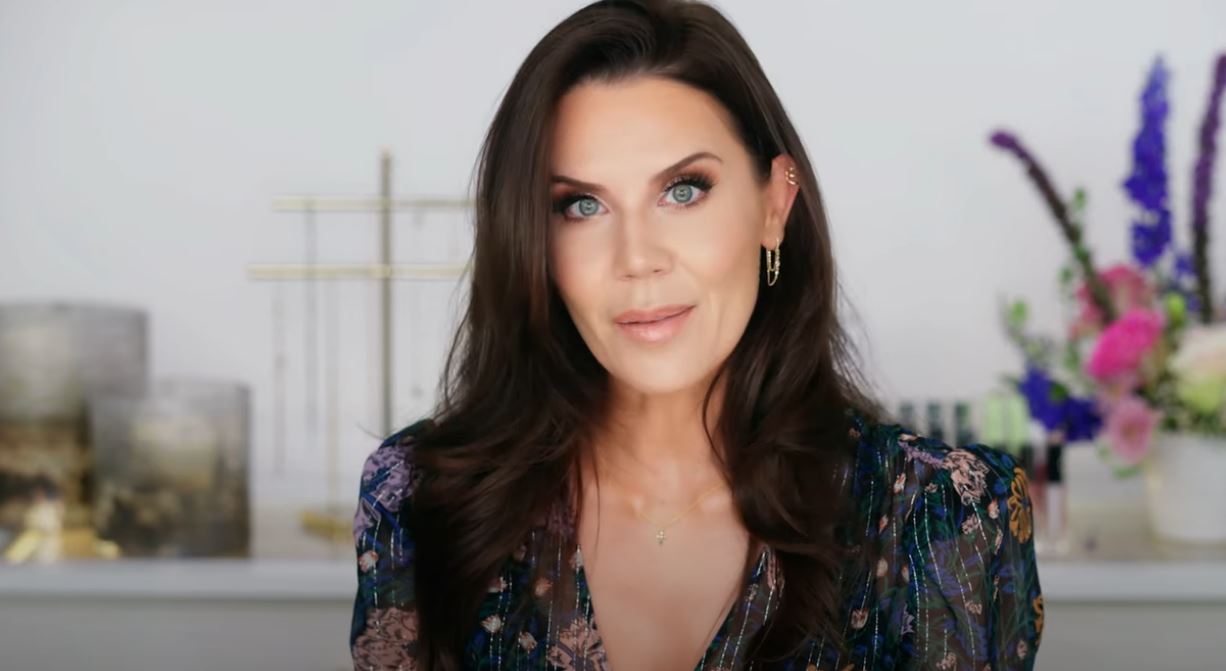 YouTube star Tati Westbrook has been keeping a low profile, so much so that she has not spoke to any of her fellow YouTube stars for a year.

The make-up artist shared a new video, called A Year On, the first time she has posted content since she and James Charles, another YouTuber, publicly fell out.

In an expose video called Bye Sister she accused the beauty star of ‘manipulating people’s sexuality’, however she then apologised to James in June 2020, alleging other internet superstars Jeffree Star and Shane Dawson – who have both been lying low also – ‘lied’ to her about James.

Kicking off her new video, Tati addressed her past beef as ‘scandal island’ and declared she didn’t want anything to do with public drama unlike other internet stars who ‘step into it on purpose’.

She recalled an incredibly tough year for her in which she was sent death threats online, blackmailed, dragged through litigation and came close to divorcing her husband James as the stress she was under impacted their relationship.

The make-up star, who was not wearing her wedding ring in the video, said: ‘I’m gonna start first with reminding you of my very, successful last video. That was a terrible time in my life obviously. I was so super stressed out but I’m gonna stop it there. I don’t wanna talk about it, I don’t think you guys wanna hear about it, that whole event, that’s not even the volcano that erupted in my life so that, past event, that seems to want to follow me everywhere I go, I don’t wanna talk about.

‘I will let you guys know, just because there’s so much speculation and so many rumours of who’s friends with who, and who’s talking to who and what’s going on, what happened behind the scenes? I quickly share with you guys that I pulled back. I stopped communication with everyone in the beauty community. I haven’t talked to anyone in over a year, I like really took a break and I needed to for my piece of mind.

‘Also there’s no litigation, no cease and desist, nothing either way in that event if you will. Legal things happened, just not in the “I don’t wanna talk about it” event.’

She outlined the ‘barrage’ of graphic threats she received with strangers online claiming they were watching her home.

Tati continued: ‘What you didn’t know and why I was so shaken up in the video that I last posted, which I have since taken down because I don’t want to start fresh with all of that following me every where.

‘During that time I was getting the most intense harassment. I’m talking death threats that were explicit in detail, people saying they were going to hunt me down, being blackmailed.

‘They were so appalling and when you feel violated of your privacy and you’re being spied on and you’re blackmailed and you’re getting a barrage of detailed death threats, let me tell you. You lose sleep. It felt like my world was coming to a halt.’

‘I was ready to come back and do something that makes me happy,’ Tati said, ‘I am going through litigation and it is ongoing and I’m gonna keep fighting the good fight for truth and for justice.

‘Material items are not the most important thing, my integrity is more important and I’ll leave it at that.’

It comes as Shane recently hinted he would be making a return to YouTube after apologising for using blackface and racial slurs in past videos.

Elsewhere beauty star Jeffree announced his decision to sell his house in California and move to Wyoming for the sake of his mental health.