An always stylish Suri Cruise stepped out in New York in a vintage Rolling Stones band tank ahead of the weekend.

It’s the summer of Suri sightings. Suri Cruise stepped out in New York on Friday in the ultimate teen chic attire. The teen, 15, wore a vintage Rolling Stones band tank top and sweats as she strolled the SoHo neighborhood ahead of the weekend. The daughter of Katie Holmes and ex-husband Tom Cruise finished the look with a pandemic face mask and brown purse. 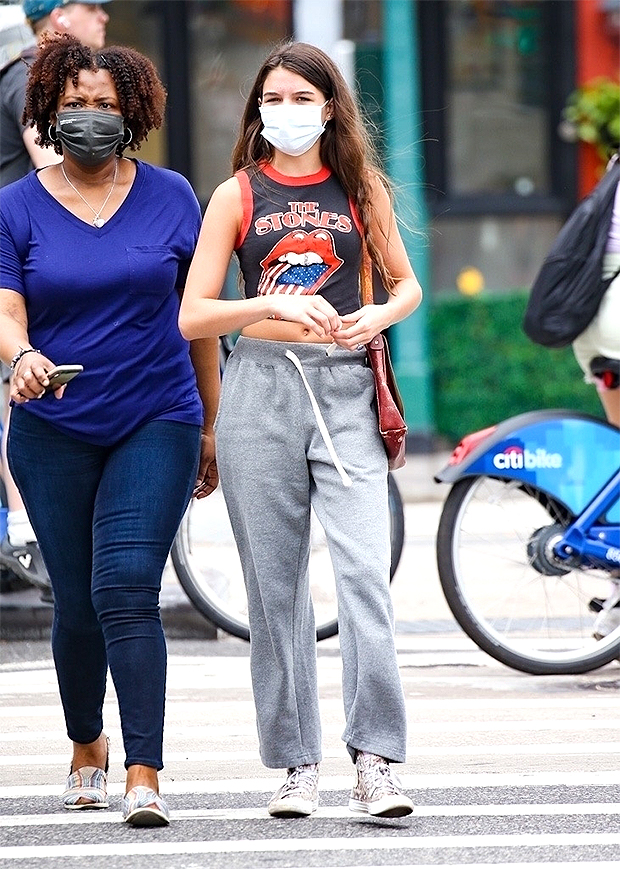 The outing comes as her famous mom attends fashion shows in the city amid NYFW. Earlier this week, Katie attended the Christian Siriano show in a stylish black pantsuit from the designer’s collection. It featured asymmetrical grid patterns in a shimmery silver. As for Suri, the band tee and sweats are a departure from her usual go-to flared jeans.

The stylish teen recently celebrated her 15th birthday in April. Her mom celebrated the big day with an Instagram homage that featured a series of throwback photos. “Happy 15th Birthday Sweetheart! I love you!!!!!!!!” Katie captioned the post. “I can’t believe you are already 15!” While on the cover of InStyle‘s April 2020 issue last year, the generally-private actress offered rare insights about her daughter’s “strong” personality. 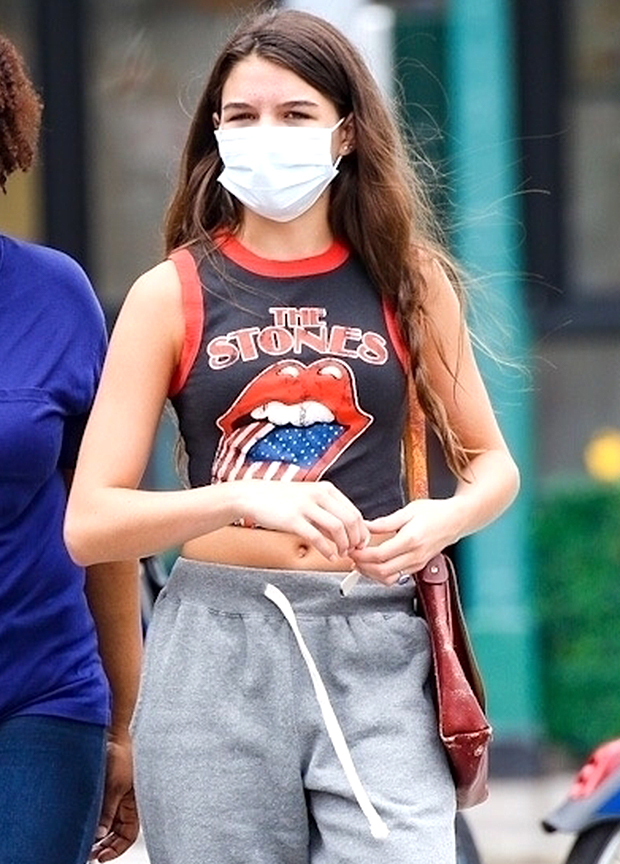 “My biggest goal has always been to nurture her into her individuality,” Katie said. “To make sure she is 100 percent herself and strong, confident, and able. And to know it. She came out very strong — she’s always been a strong personality.” She added, “She’ll pick an activity and work her butt off until she’s really good at it. Then she’s like, ‘OK, I’m going to try the next thing.’ She’s very focused and a hard worker.”

The Dawson’s Creek alum also opened up about shielding her daughter from the public eye as a child during their first few years in the city. “We were followed a lot when she was little. I just wanted her outside, so I would walk her around to find parks at, like, 6 in the morning when nobody would see us,” Katie said. “But there’s one video where I’m holding her — she was 2 at the time — and she starts waving at the cameras. She’s pretty special.”