Stormi Webster is so excited to be a big sister. She proved that in the sweetest way in Kylie Jenner’s recent pregnancy announcement video.

Stormi Webster, 3, had a starring role in Kylie Jenner‘s pregnancy announcement video, which the Keeping Up With the Kardashians star shared on Sept. 7, and little Stormi’s reaction to Kylie’s baby news is so precious to see.

First, Stormi is seen going with mommy and daddy, Travis Scott, to one of Kylie’s first doctor’s appointments. Then, Stormi delivers the baby news to her grandmother, Kris Jenner, in the form of ultrasound photos. “This is one of the happiest days of my life,” Kris says as she gets down on her knees to share her excitement with Stormi.

Later in the clip, Stormi is seen playing with her mommy and daddy at what appears to be Kylie’s birthday party before she attend another doctor’s appointment with her parents and hears the baby’s heartbeat.

Then, in another sweet moment towards the end of the video, Stormi hugs her mom and kisses Kylie’s bare baby bump before putting her hand on mommy’s stomach and saying, “Baby”. It’s so sweet, and seems very clear that Stormi is excited for her new sibling. 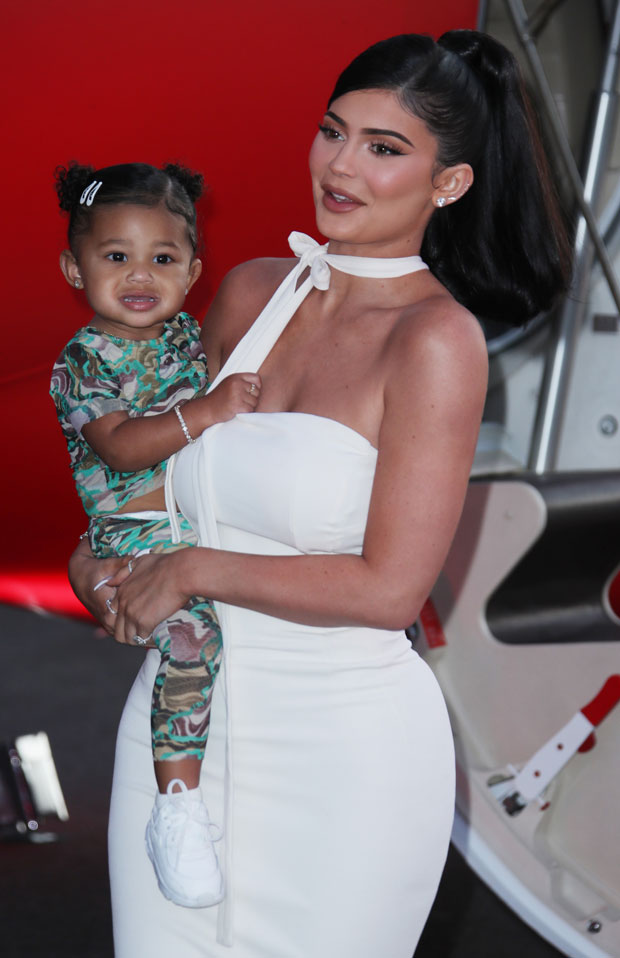 News of Kylie’s second pregnancy first emerged on Aug. 20, when a source told Page Six that the entire family was “thrilled” to be expecting another baby. And just five days after that, fans suspected Kylie hinted at the gender of her incoming baby when she called Stormi her “favorite girl” on Instagram — leading many to believe she’s expecting a boy this time around.

Kylie didn’t reveal anything about the gender of her next baby in the video she shared on Sept. 7, but based on the images of her baby bump, it appears as though she’s pretty far along in her pregnancy now.