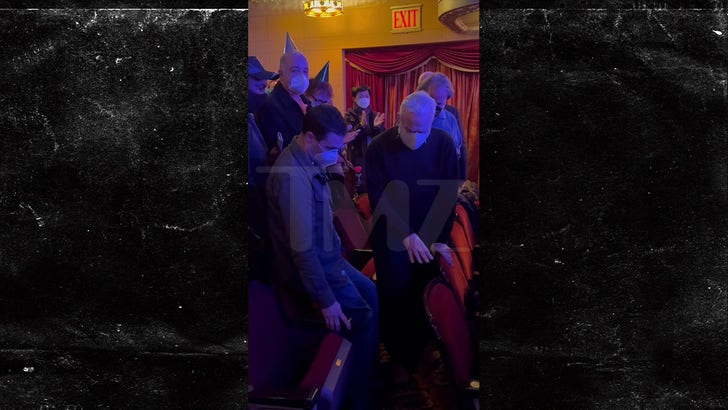 Broadway legend Stephen Sondheim enjoyed his final days doing what he loved … checking out theater productions in person, including one of his classic masterpieces.

TMZ obtained this video of Stephen slowly making his way to his seat inside the Bernard B. Jacobs Theatre in New York City earlier this month, where he saw “Company.”

Stephen famously wrote the show’s music and lyrics way back in 1970, and the play is going back on Broadway. He was front and center on Nov. 15 for one of the revived play’s preview performances.

Folks who were there tell us Stephen looked a little frail but seemed to be in great spirits … and as you can see in the video, it was an effort for him to get to his seat.

We’re told Stephen needed help getting to his feet for the minutes-long standing ovation at the end of the play, but he clapped along from his fifth-row seat.

Stephen’s presence was a big deal … Patti LuPone, who is playing the part of Joanne, couldn’t hold back tears as she told Stephen the cast was dedicating the performance that night to him.

As we reported … Stephen died Friday at his home in Connecticut at age 91.

2021 Word of the Year unveiled: Merriam-Websters word of the years for the past 5 years